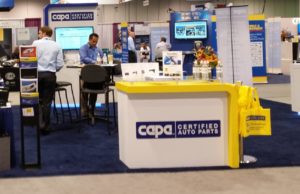 The parts would have to be identical except for “branding such as trade name, trademarks and packaging,” according to CAPA.

As CAPA described it, think of a Tier 1 assembly line which ends the parts production run contracted by an OEM and immediately begins producing an aftermarket run of the same part. The Tier 1 just quits applying the OEM’s branding to the part.

“CAPA Tier 1 Verification will help to ensure there are no changes – aside from branding such as trade name, trademarks and packaging – when the production is switched from car company parts to Tier 1 branded version, making it easier to determine which Tier 1 branded parts are produced to the same standards as car company parts,” CAPA wrote in a news release Thursday.

CAPA said these represented a different category of part than other aftermarket parts.

“Historically, Tier 1 replacement parts have lacked clear definitions and been classified as aftermarket parts, making it difficult to determine which parts are truly equivalent to CCOs or CCSs,” CAPA wrote in a news release Thursday. “The CAPA Tier 1 Verification Program helps clarify these parts by ensuring the same factory, tooling, materials, and manufacturing processes are used during the production of the car company part and the Tier 1 Verified replacement part. Additionally, CAPA Tier 1 Verified parts must also demonstrate compliance to all applicable federal regulations. These efforts help to ensure there are no differences when a supplier changes production from manufacturing the car company parts to the Tier 1 branded version of the part.”

CAPA described its validation process in an email Friday. “CAPA will work directly with the Tier 1 suppliers to verify this information; this process may include factory audits, quality document reviews, and testing as applicable,” the organization said.

We asked CAPA if such Tier 1 parts could even exist.

For example, LKQ in April told a Texas House Committee that a bill’s proposed definition of “like kind and quality” aftermarket parts would be impossible to comply with, for automakers would not release their internal specs. Stellantis (then-FCA) confirmed in 2019 that a position statement declaring “No supplier is authorized to utilize FCA US LLC tooling, test equipment or Intellectual Property in the development or production of aftermarket glass” meant Tier 1s as well. DENSO described a similar restriction at a 2019 Collision Industry Conference in regards to the question of why it doesn’t just sell the OEM parts it makes in its own packaging: It might be the OEM’s intellectual property; the Tier 1 was merely contracted to execute it.

CAPA said some Tier 1s might be out of luck, but said others could be eligible.

“The program is available for any Tier 1 supplier that also produces an in-house, alternately branded version of car company original (CCO) or car company service (CCS) parts used for automotive repair,” CAPA wrote in an email. “Depending on their contracts, some Tier 1s may not be eligible for this program.”

To CAPA’s point, one can see a scenario where an automaker says the stock version of a Tier 1’s intellectual property is fine for its needs, kind of how a consumer buys a base model of a vehicle. In that case, a Tier 1 could theoretically keep on cranking out additional supply after the OEM’s order is met without infringing on the automaker.

DENSO at the 2019 CIC suggested this was indeed possible, though it might not be strategically sound for the Tier 1. (For example, it might be a waste of money to run an assembly line if insufficient demand exists for the product.) 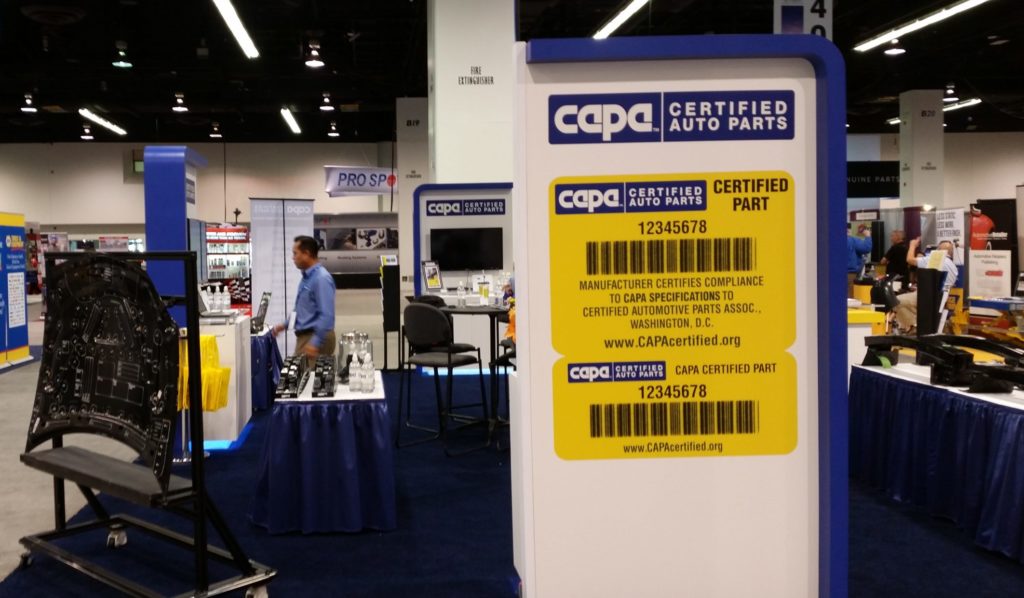 CAPA obviously plays in the collision space. But the kind of Tier 1 validation it’s describing might be of interest to DIYers and garages who’d prefer to buy “Tier 1 Verified” copies of service and mechanical repair parts over other aftermarket versions. CAPA said Friday that Tier 1s producing mechanical service and repair parts were welcome to participate too.

“CAPA designed the Tier 1 Verification program with flexibility in mind,” the organization wrote. “This means that Tier 1 suppliers of any part type can submit their independent aftermarket parts for verification.  This will allow mechanics, DIYers, and other industry stakeholders to identify quality alternative parts produced by the same suppliers as the car company parts.  Any Tier 1 supplier interested in this program is encouraged to reach out to CAPA to discuss verification of these part types.”

State aftermarket part laws tend to require “like kind and quality” components. But states or insurers don’t necessarily define that concept, nor does the National Association of Insurance Commissioners’ template model regulation for aftermarket parts.

So we asked CAPA to weigh in on a philosophical question: Does the existence of validated Tier 1 parts with the “same factory, tooling, materials, and manufacturing processes” as the original OEM run set a “like kind and quality” threshold? Or could reverse-engineered parts from different aftermarket manufacturers still also count as “like kind and quality” even though production-identical Tier 1 components exist?

“That is correct; generally ‘like kind and quality’ is undefined, or the definition can vary by state or insurer,” CAPA replied.

“In our opinion, there are multiple ways to reach the “like kind and quality” threshold.  Both CAPA Certification and Tier 1 Verification provide an independent program to assure the quality of the parts used by repairers.”

The Certified Automotive Parts Association logo and seal are seen at the organization’s booth at NACE 2016. (John Huetter/Repairer Driven News)