Automakers will employ more high-strength, hot-stamped steel, but may be rethinking the costs of lightweighting as the trend toward EV production accelerates, the automotive program vice president of the American Iron and Steel Institute (AISI) told Repairer Driven News. 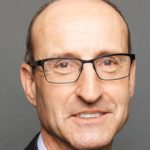 Even as these changes take hold, industry analyses show that steel will remain the dominant material in the construction of vehicle structures for the foreseeable future, John Catterall, vice president, automotive market, AISI, said.

“You’ll be repairing steel cars for a long time in the future,” he said.

Catterall spoke with RDN after returning from the Motor Bella auto show in Pontiac, Mich., where said much of the discussion he heard was about the future of EVs.

“Two or three years ago, everybody was talking about autonomy,” he said. “Now there’s very little talk about that, and it’s all talk about electric vehicles — you know, ‘How are we going to get these batteries protected and efficient, and get the range, and how are we going to reconfigure our architectures to become electric vehicle architectures?'” 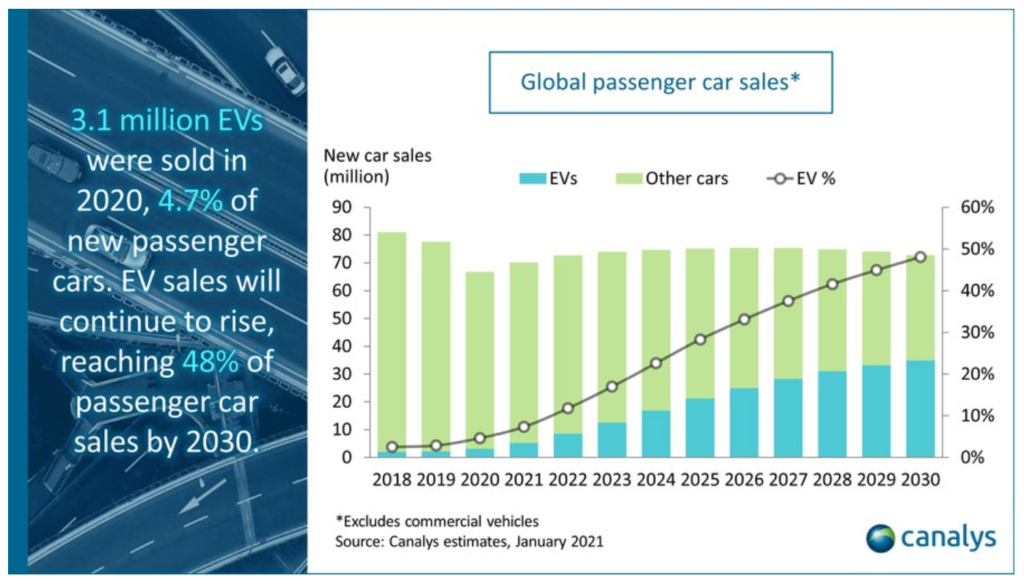 OEMs once focused their efforts on converting existing vehicles to battery power, but eventually learned that trying to create structures that would support either an internal-combustion engine or an electric motor and batteries, or some combination of the two, resulted in inefficient designs.

With that lesson learned, now “everyone is talking about dedicated electric vehicle architectures,” Catterall said. “If you’re going to have a good, efficient, long-range electric vehicle, you’ve got to design specifically for that case.”

He said repairers can expect to see even more high-strength, hot-stamped steel used in vehicle construction, particularly to protect high-voltage batteries from damage during collisions. For repairers, higher-strength steels often carry rules against heat, sectioning or even repairs in general given their metallurgy and role in crash energy management.

Catterall added that the AISI’s Automotive Applications Council will continue working with its fellow Auto/Steel Partnership members — Stellantis, General Motors, tier one affiliates and, since late July, Toyota — on pre-competitive collaborative research and development that OEMs can use in writing their approved repair procedures.

“We’ll continue to work on repairability processes to return the vehicle to its previous structural condition. We’re committed to doing that,” he said.

The use of steel, aluminum and composites as percentages of automobile construction has “plateaued” in recent years, Catterall said, with steel holding steady at bit above 50 percent of a vehicle’s composition.

He noted that each year a vehicle material contents study is compiled by the steel, aluminum or composites industry, “so we actually have some pretty good data.”

“What we see is, if you look 5-10 years into the future, we do see a flatlining of the share of the materials in each of the vehicles,” Catterall said.

“I think it’s because the OEMs [say], ‘We’re going to put the right material in the right place for the right reason’ … they’re all finding out what’s the best mix to give them the best performing vehicle, whether it’s crash, acceleration, ride or handling.

“We see it shows the material content of steel in these vehicles moving forward is leveling off, and at about 50 percent,” Catterall said. “So about half the vehicle is going to remain steel, from what we’re seeing.”

He suggested that steel’s lower costs and the built-in efficiencies in an industry long accustomed to using the material make it unlikely that this percentage will change significantly.

The use of aluminum and composites is on the increase, though. A 2020 study by DuckerFrontier for the Aluminum Transportation Group put the average aluminum content of North American light vehicles at 459 pounds, and projected that that number would rise to 505 pounds by 2025, and 570 pounds by 2030.

Catterall suggested that there is more than one way to look at the content numbers in general.

“Of course, they have a small share to begin with, so anytime their share goes up 1 percent, they can claim huge improvement,” he said. “If they’re running at 12 percent in a vehicle and they got to 1 percent, this makes aluminum the fastest-growing material in cars. Yeah, but they went from 12 to 13 percent, and steel went from 52 down to 51.”

Many manufacturers have pursued lightweighting — converting steel components to other substrates, such as aluminum, magnesium and composites, to save weight. Earlier this month, for example, Toyota announced that its 2022 Tundra would feature an aluminum-reinforced composite pickup bed. 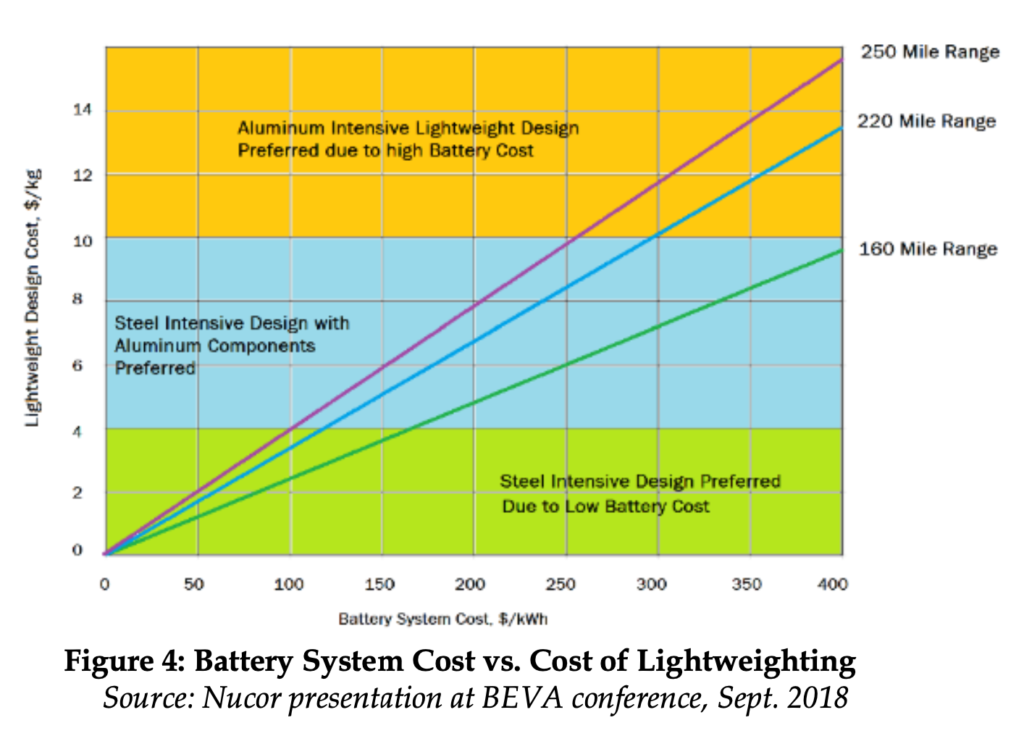 Increasingly, composites and aluminum parts have made their way into closures, which “does make life a little bit more complex for the repair industry,” Catterall said. Still, Catterall said he does not expect that trend to accelerate.

“As we go to the conferences, we have more and more people saying that paying for lightweighting is much harder to make as a business case,” he said.

“Lightweighting is still key, don’t get me wrong, you can’t have a heavy vehicle because that will affect your range. But paying additional money to get the weight out is not nearly as good a business case as it used to be.”

From an OEM’s perspective, Catterall said, it may make more sense to spend that additional money on batteries instead to provide the greater performance that will help that vehicle succeed in the marketplace.

According to the executive summary of a 2021 AISI whitepaper, “Steel Industry Role in the Future of Electrified Vehicles,” studies “have indicated that, unlike ICE vehicles, energy consumption in BEVs is less sensitive to increased vehicle mass due in some part to brake energy regeneration. Consequently, for increased range it may be more beneficial to add battery capacity than reduce vehicle mass using high-cost premium materials.

“Such a tradeoff will be self-evident as battery system costs decrease over the next decade while battery energy density increases.”