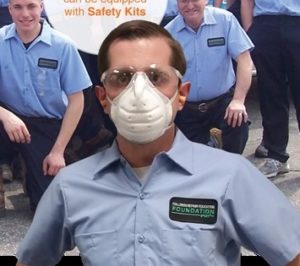 Since its inception in 2009, the Collision Repair Education Foundation (CREF), a 501c3 nonprofit that supports all industry high school and college programs, has provided over $400 million in aid.

You read that right.

That aid also consists of professional shop uniforms for all those high school students in collision repair shop classes and those who have moved on to pursue collision repair at vocational technical schools and community colleges.

Those uniforms from Cintas, which include shirts with a sponsor’s logo, pants, safety glasses, earplugs and a disposable dust mask, apparently are very transforming for the students and a big lift for instructors.

“These technician shirts have made the biggest impact on their programs,” said Brandon Eckernrode, CREF’s managing director. “I think it’s similar to when you put on a brand-new suit and it makes you feel and look a little different and more professional. These students are treated with a new level of respect by the administration and guests. Makes them feel like part of a family because they look uniform, pun intended.

“It helps these students look professional, which makes them feel and act professional as well. They get to basically look like live, working technicians while studying in school.” 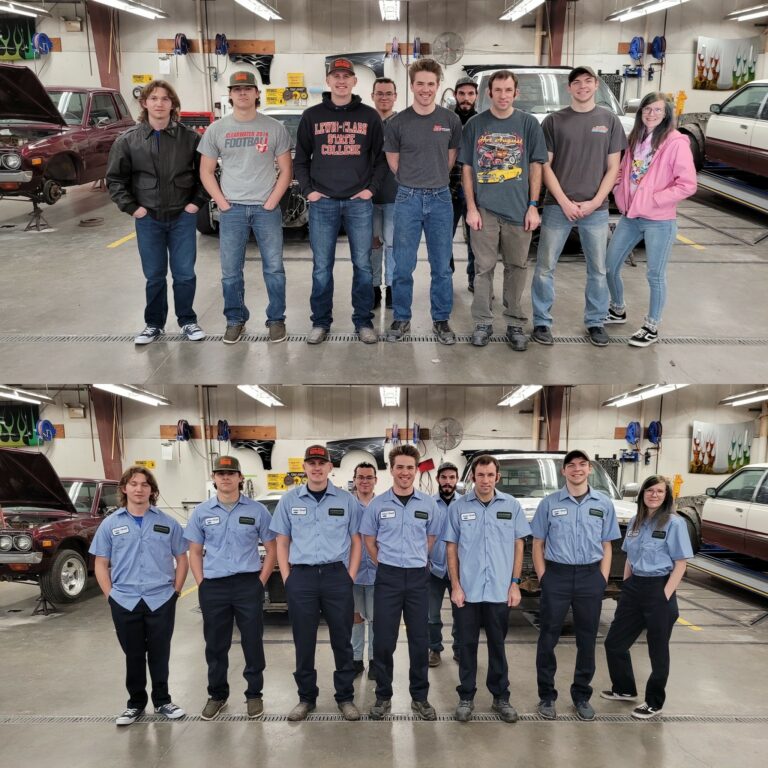 CREF – which has helped facilitate hundreds of thousands of uniforms to high school and undergraduate students – is again asking for help with supplying the uniforms. CREF has worked out a deal with Cintas to combine to turn each $50 donation into a collision repair uniform for each student. The goal is to work this at the local levels in hopes of branching out.

“[CREF is] a staff of four trying to do what we can at a national level, but we think the real work is going to happen by local businesses getting engaged with the local schools,” Eckenrode said.

Collision repair shops can sponsor one student or as many as they’d like at a local high school or undergraduate program.

Repair shop representatives will deliver to campuses the goods that include those shirt logos that also make them a branding and advertising opportunity for the shops.

“So there’s that networking opportunity where the business gets to talk to these students and say, ‘Here are uniforms that I helped to provide,’ and also talk to them about the need they have for entry level staff out in the industry as well,” Eckenrode said.

That’s important. There are only about 1,000 remaining collision repair high school and two-year undergraduate programs in this country and those numbers plummet each year. 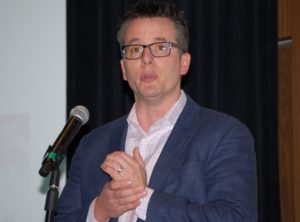 “It is a concern because there’s a public perception which probably hasn’t changed [in decades] of it being a dirty industry where you’re getting your hands greasy,” said Eckenrode, who’s eager to punt that characterization.

“So we want to showcase to them what the different career paths are, what the earning potential is and the fact that the traditional four-year college path isn’t for everybody and they can have a successful career path within this industry.

“It’s being talked about a lot within the industry, we complain a lot about we need to help improve that image. So we have some initiatives we’re going to announce next month that basically are going to look at changing that (image) to the public that we’re excited about announcing.”

Eckenrode will unveil those announcements during the huge 2021 SEMA Show that kicks off in Las Vegas on Nov 2.

“In addition to this effort, we have several initiatives – including several large-scale ones – which I think are going to be industry game-changers that will be announced out at SEMA in a month,” he said. “We’re basically going to be working towards influencing the influencers … the parents, guidance counselors, administration and the general public who either aren’t aware of this industry or their perception of the industry is not correct.”

In the face of what seem like constant budget cuts to public education, Eckenrode said it’s important for the collision repair industry to put on a good face – and uniforms – while walking educational halls.

“So not only do the students get to see and meet who the businesses are who are waiting for them (to deliver the uniforms), but the other important aspect is the administration and others get to see those how professional those businesses are,” Eckenrode said.

For more information on CREF or to join in on the uniform drive, go to:  www.CollisionEducationFoundation.org

Other images: Before and after, Lewis-Clark State College (CREF)