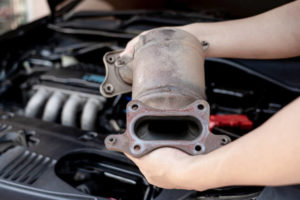 When the American economy dips, thefts rise, and so the instances of catalytic converters being stolen has skyrocketed.

The catalytic converter thefts have increased largely due to the financial and supply chain problems left in the wake of COVID-19. They also are rising because the important part can be fenced for more money due to the recent price spikes in precious metals – rhodium, palladium and platinum – used to make them.

According to the National Insurance Crime Bureau (NICB), there were only 280 catalytic converter thefts per month in 2019. That rose to about 1,200 monthly last year.

All indications are that this problem won’t be going away anytime soon.

“I think the thing that makes it a little more unique now is it was probably more of an auto dealer event than a shop event, but the lack of cars in many cases on auto dealership lots has pushed it off to being more toward the independents,” Willett said.

“You would think [thieves] would strike where there are more cars, but many of your dealerships are designed to protect their cars and they’re down in cars, so they’re able to protect more of their cars now than normal, even customer vehicles.” 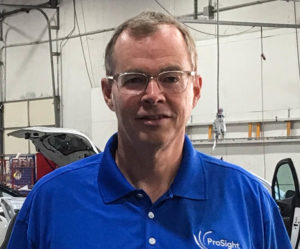 Catalytic converter replacement generally costs between $1,000-$3,000, according to the NICB.

It doesn’t take long for a thief with simple tools to snatch a catalytic converter, the NICB stated, and recyclers usually pay between $50-$250 for one. But the precious metals that come from hybrid vehicles can bring a thief up to $1,500 per catalytic converter.

And the criminals are brazen, Willett said. They’re even stealing catalytic converters from cars parked on busy streets during daylight. So they don’t hesitate to hit cars on a body shop lot.

“In the past, you wouldn’t have thought they would hit somebody who was well lit without a lot of cars,” Willett said. “But they don’t seem to be immune from it anymore.”

Willett also recommended putting as much light as possible on shops and their parking lots. That guarantees nothing, but it could certainly help.

“You want to make it as painful as possible for them to do it,” he said.

When it comes to insuring body shops against thefts like catalytic converter rip-offs, owners must first decide how fully they wish to be protected by policies.

Direct primary insurance covers anything that happens to a customer’s vehicle while in a shop or on the lot.

Legal liability insurance does not.

“If there are two shops side by side with one another and they both did collision repair work and one of them wrote their (policy) with $300,000 legal liability and the other one wrote theirs with $300,000 as direct primary garage keepers and a storm came in, the one with direct primary would pay for the repairs on all the cars,” Willett said.

“The one with legal liability would not. That would be paid by the personalized carrier (of the vehicle owner).

“Theft is the same thing. The one would pay for it no matter what and the other one wouldn’t.”

But the only way a shop owner with only legal liability would be on the hook for the replacement/repair of a cayalytic converter theft is if he/she was found to be negligent.

Willett said some shop owners want to pay for their customers’ losses no matter what. Some shops want to pay only when they are legally liable.

“The funny things about it is, I insure high-end shops that want to do it both ways,” Willett said. “In other words, there’s not one way to do it. It’s whatever your business model is.”

Willett said insuring a shop against theft “usually is not an expensive charge; it really isn’t.

“Remember, the thefts in these cases being covered by garage keepers is not like theft of their stock or their equipment. That’s a property coverage. That’s different.”

Shop owners can help hold down their insurance costs.

Perhaps most important for shop owners is communication with customers. Willett highly recommends that shop owners with legal liability policies let customers know before they ever park on their lots that thefts of catalytic converters are a concern and that their insurance probably won’t cover the possible loss.

“They don’t want to have the shock of customers having to get that information from them after something like this occurs,” Willett said.

The cost of the damage from catalytic converter theft can vary greatly. A big part of that depends on the skill of the thieves, Willett said. Some are surgeon-like while others rip it and grip it, leaving widespread damage.

No matter who foots the bill, catalytic converter replacement is likely to take quite a while with the supply chain so clogged.

“It’s a bad time to have this happen to anybody,” Willett said. “It’s never a good time. But now is an even worse time.”

A technician removes a catalytic converter. Catalaytic converter thefts are really on the rise. (NongAsimo/iStockphoto)