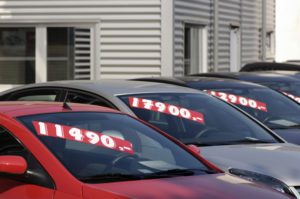 As more vehicles equipped with advanced driver assistance system (ADAS) technology are sold on used car lots, it’s increasingly likely that owners will not know what safety features their cars have, according to a study by the Insurance Institute for Highway Safety (IIHS).

That makes it even more important that repairers check OEM data for every vehicle that comes into the shop, to make sure that repairs are complete, and to ask insurers to pay for all of the steps the OEM says are necessary to make sure that the systems are operating as they’re designed to.

“Used car buyers were substantially less likely than new car buyers to know about the advanced driver assistance features present on their vehicles,” IIHS Senior Research Scientist Ian Reagan, the author of the study, said in a statement. “They were also less likely to be able to describe how those features work, and they had less trust in them. That could translate into less frequent use, causing crash reductions from these systems to wane.”

That could also translate into an owner not knowing when an included feature isn’t working after a repair. It also means that collision centers need to rely on build data and inspection to identify onboard systems and not just feedback from the vehicle owner.

ADAS components that have not been properly calibrated as part of a repair may give customers no warning that anything is wrong until they fail to do their job, as participants in an OEM Collision Repair Technology Summit at the 2021 SEMA Show noted.

IIHS, which has been a major proponent of such ADAS technologies as automatic emergency braking, lane departure warning, and blind-spot monitoring, recently commissioned a survey of more than 750 drivers to uncover any potential differences in the ways new and used car buyers view these technologies.

IIHS did find differences and demonstrated that many new car owners, too, are unaware of their vehicles’ safety technology. Here are the results from the survey, provided by IIHS to Repairer Driven News:

Among buyers who knew which systems were installed in their vehicles, new car buyers expressed higher levels of trust in ADAS than those who bought used vehicles. Researchers suggested that this may be related to the fact that 95% of new-car buyers bought their vehicle from a dealership specializing in the brand they purchased, compared with 74% of used car buyers.

“Both sets of buyers said they received a good introduction to their vehicle’s features when they purchased it,” Reagan said. “But the buyers of new vehicles were more likely to say that the salesperson discussed details like how to adjust the features’ settings or the situations in which ACC might be useful.”

Contrary to expectations, the survey also found that used car sellers spent more time explaining and demonstrating ADAS features than new car sellers did, suggesting a difference in the usefulness of the information presented.

One possible alternative approach, IIHS said, is to use the vehicles’ infotainment systems to make owners aware of the technology and how to use it. “For example, the vehicle’s infotainment system could alert drivers to the presence of a feature like blind-spot warning, and a short video clip could explain how it works and when it can be useful, similar to the way a phone or computer walks the user through new features after a software update,” the institute said.

“We really push the idea that education should happen in the vehicle,” Funkhouser said. “We love these kind of gifs or these graphics that demonstrate what it is that the car is doing … how the system is activated by the driver, what buttons you push and what comes up on the displays, as well as how much and what type of information is displayed. It gives the driver a lot to go on.”

The IIHS study is part of a recent trend of research into the effect of the human component in ADAS technology. IIHS notes that the benefits — a 50% decrease in front-to-rear crashes through AEB, an 11% reduction in crashes through lane departure warning, and a 14% reduction in accidents through blind-spot warning — only result when drivers use them.

A 2020 analysis by IIHS found that the combination of improvements in front crash prevention and the addition of adaptive cruise control resulted in large reductions in the frequency of property damage liability and bodily injury liability claims.

Featured image: A row of used cars for sale. (acilo/iStock)