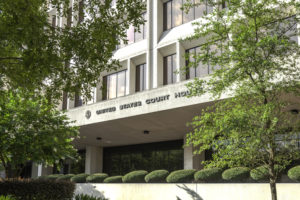 A federal appeals court has upheld a lower court’s denial of class action status in a lawsuit accusing GEICO of systematically underpaying total loss claims in Louisiana, in part because the insurer said it gives its adjusters discretion to alter the amount paid “in a statistically significant number of cases.”

The plaintiffs, Eric Prudhomme and Elvin Jack, argued that GEICO’s reliance on data from CCC Information Systems, rather than the National Automobile Dealers Association (NADA), resulted in thousands of underpayments.

Prudhomme and Jack sought payment of the difference in values, as well as class status for the 13,272 people whose claims GEICO had adjusted in Louisiana between Aug. 15, 2010 and Jan. 9, 2019, arguing that all had been similarly undercompensated.

The plaintiffs contended that GEICO’s use of CCC’s One Market Valuation Report “systematically undervalues the claims of similarly situated policy holders,” U.S. District Judge Terry A. Doughty wrote in a Dec. 22, 2020 opinion.

However, Doughty noted, GEICO revealed that it does not always use CCC data in settling total loss claims. Because of that, it was not known which claimants would be included in the class, and sorting them out would be impossible without examining each claim.

Evidence and testimony showed that “GEICO adjusters did not always use the CCC valuation to pay a total loss to customers. Troy Penry, GEICO’s Assistant Vice President of Auto Damage Claims, who has been employed by GEICO for more than 25 years and who himself worked as an adjuster in Louisiana, testified that ‘each claim is handled differently’ and that there are ‘several subjective factors’ to the valuation process,” the judge wrote.

“His testimony was consistent with that of Daniel Stelly, GEICO’s field claims manager with responsibility over most of Louisiana, who testified that there is no exact form or process,” he wrote. “Instead, adjusters had discretion and actually exercised that discretion in a statistically significant number of cases to adjust the CCC valuation in paying a total loss amount to customers.”

“Apparently, [redacted] were paid more than the CCC. Also, apparently [redacted] had manual evaluations used, rather than the CCC computer system,” Doughty wrote. “It would be impossible to determine damages on a class-wide basis without examining all 13,272 claims. Common questions could not be answered without fact-specific inquiries as to each claim.” (Redactions are the court’s.)

“Since GEICO pays more than the CCC value in [redacted] approximately of its claims, all 13,272 potential claims would have to be looked at individually to determine whether or not the CCC value was paid. Additionally, in approximately [redacted] of cases where the CCC system is used, the system evaluations are reviewed by a person [redacted] or the evaluations are prepared manually [redacted] by CCC adjusters. Each individual claim will have to be looked at to find out in which claims GEICO paid more and/or in which claims manual valuations were used by CCC,” Doughty wrote.

The judge also noted that “more than one-fifth of the putative class benefited from GEICO using the CCC value instead of NADA Clean Retail value. In other words, Prudhomme and Jack have a conflict of interest in that the method they contend should have been used would be to the detriment of more than 20% of the putative class.”

Doughty denied the request for class action status on Dec. 22, 2020, leading Prudhomme and Jack to file an appeal with the Fifth Circuit Court of Appeals.

“The Federal Rules of Civil Procedure require that the ‘representative parties [in a class-action] will fairly and adequately protect the interests of the class,'” U.S. circuit judges Dineen King, Gregg J. Costa and Don R. Willett wrote. “This compels attention to ‘the risk of ‘conflicts of interest between the named plaintiffs and the class they seek to represent.’”

“Consistent with this obligation, the district court questioned whether Appellants’ theory of liability was, in fact, beneficial to the proposed class. It was not. Indeed, a portion of the proposed class members received payments above (that is, benefitted from) the allegedly unlawful valuation. This undermined Appellants’ class-wide theory of liability,” they wrote.

In the course of the trial in U.S. District Court, the plaintiffs argued that GEICO’s use of CCC figures was in violation of Louisiana law, statute 22:1892(B)(5), which spells out the following methods for establishing the actual cash value of a vehicle:

(b) The retail cost as determined from a generally recognized used motor vehicle industry source; such as, an electronic database, if the valuation documents generated by the database are provided to the first-party claimant, or a guidebook that is available to the general public. If the insured demonstrates, by presenting two independent appraisals, based on measurable and discernable factors, including the vehicle’s preloss condition, that the vehicle would have a higher cash value in the local market area than the value reflected in the source’s database or the guidebook, the local market value shall be used in determining the actual cash value.

(c) A qualified expert appraiser selected and agreed upon by the insured and insurer. The appraiser shall produce a written nonbinding appraisal establishing the actual cash value of the vehicle’s preloss condition.

(d) For the purposes of this Paragraph, local market area shall mean a reasonable distance surrounding the area where a motor vehicle is principally garaged, or the usual location of the vehicle covered by the policy.

A description of how the CCC system works is heavily redacted in court records.

Doughty noted that Louisiana statute 32:702(14) “requires NADA values to be used to determine whether a vehicle is a total loss,” with the repair threshold set at 75% of a vehicle’s “clean retail” value.

“If a vehicle was deemed a total loss under Louisiana law, the GEICO Defendants did not use the NADA value for the vehicle, but used a different product from CCC, CCC One Market Valuation Report, to determine the amount it would pay an insured for her totaled vehicle,” he added. The judge did not pursue this line of thinking.

The case, now involving just the claims of Prudhomme and Jack, has been remanded to the Fifteenth Judicial District Court in Lafayette Parish, where it was originally filed.