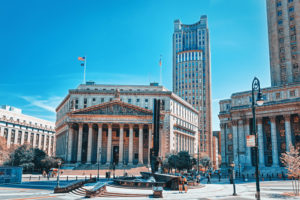 A federal appeals court has partially overturned the dismissal of a class action suit against Geico that claims the insurer underpays for vehicles that have been declared a total loss in certain cases.

Based in part on its interpretation of what a “new” vehicle is, the U.S. Court of Appeals for the Second Circuit reinstated the plaintiffs’ claims that Geico breached its contract and engaged in deceptive practices in its handling of a 2015 claim.

In its Feb. 14 summary order, the court affirmed the lower court’s dismissal of claims against CCC Intelligent Solutions, which provided the data Geico used in setting its total loss value, and the plaintiffs’ other claims against Geico, including negligence and unjust enrichment.

The lawsuit, Lorena M. Milligan v. Geico, was sent back to the U.S. District Court for the Eastern District of New York, where it is expected to proceed to the discovery phase.

Beyond its implications for consumers, the valuation of totaled vehicles has a direct impact on the repair industry, as the valuation can determine whether a vehicle is repairable, or determined to be a total loss and salvaged.

Milligan filed suit on Jan. 15, 2016 after her two-month-old 2015 Lexus was totaled in a rollover crash, and Geico paid her $45,924 against the $51,400 purchase price, relying on a Market Valuation Report (MVR) based on three similar vehicles from CCC.

Milligan claimed that Geico was in violation of a section of a New York code, known as Regulation 64, that requires insurers to pay “the reasonable purchase price to the insured on the date of loss of an identical new vehicle” for total losses involving current model year vehicles.

“Rather than paying Plaintiff the reasonable purchase price of a new identical vehicle on the date of the loss less any applicable deductible and depreciation allowances, as required by Regulation 64, GEICO paid Plaintiff an adjusted vehicle value based on the adjusted values of comparable vehicles reflective of the market value,” the complaint states.

The suit seeks unspecified financial damages for Milligan, and for all other policyholders who received payments that did not meet the requirements of Regulation 64, beginning in 2009.

The relevant part of Title 11, section 216.7 of the New York Codes, Rules and Regulations, reads:

If the insured vehicle is a private passenger automobile of the current model year, the insurer shall pay to the insured the reasonable purchase price to the insured on the date of loss of a new identical vehicle, less any applicable deductible and an allowance for depreciation in accordance with the schedule below, except where the utilization of this method of settlement would result in a lower claim payment as compared with the utilization of the methods described in subparagraphs (1)(i), (ii) and (iii) of this subdivision.

The lower court had agreed with Geico’s contention that it had offered a “reasonable purchase price,” by obtaining an MVR from CCC that was derived from three “comparable vehicle(s) available or recently sold in the marketplace.”

The appeals court, however, disagreed with the judge’s conclusion that Geico had complied with Regulation 64, based on its interpretation of the word “new” in the phrase “new identical vehicle.”

“At oral argument, Geico’s counsel clarified that it interprets ‘new’ to mean a vehicle that is new to the customer,” reads the order, signed by circuit judges Jose A. Cabranes, Gerard E. Lynch, and Denny Chin.

“We disagree,” the order continues. “In our view, a ‘new identical vehicle’ means precisely what it says in plain English: a brand-new vehicle of the same make and model, with identical features and almost no miles on the odometer. Accordingly, the ‘reasonable purchase price of … a new identical vehicle’ is the price that a reasonable buyer would pay to purchase an identical, brand new, factory-fresh car from the local dealership in the normal course of business.”

The court declared that the plaintiffs “have plausibly alleged that the MVR prepared in the present case was fundamentally deficient,” and suggested several other ways to estimate a reasonable purchase price.

Based on its analysis of Regulation 64, the court reversed the dismissal of the plaintiffs’ claims that Geico engaged in deceptive practices, in violation of New York law.

The lower court acted properly in dismissing a breach of contract claim against CCC, because the plaintiff had proven no contractual relationship with the company, the appeals court ruled.

The Milligan case is one of a number of cases brought against insurers over the payment of total loss claims.

On Feb. 11, a federal appeals court denied class-action status to owners of vehicles declared a total loss by Liberty Mutual, saying that the plaintiffs had not proved that the “condition adjustment” applied by CCC resulted in all owners receiving less than their vehicles were worth.

The 9th Circuit upheld the ruling of U.S. District Judge Robert J. Bryan that each of the potential plaintiffs would have to prove a loss, and that weighing each class member’s claim would be “unmanageable.”

In the meantime, a similar class-action case over total loss valuations, Dominick Volino and John Plotts v. Progressive, is making its way through the U.S. District Court for the Southern District of New York. That case, which involves the use of Mitchell data but does not name that company as a defendant, is in the discovery phase.

Total loss vehicles disguised with clean titles: What that means for the repair industry & consumer safety