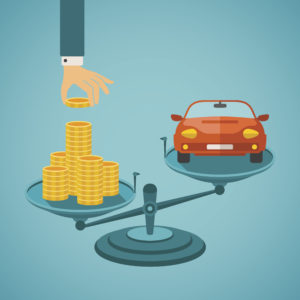 On the whole, the insurers would have collectively underpaid customers by more than $2.6 million with their original offers to buy the totaled cars. They also might have deprived body shops of work by incorrectly estimating the vehicle was worth less than the cost of repairs.

“This devastates the collision industry,” public adjuster Robert McDorman, general manager of Auto Claim Specialists, said of the trend captured in his data.

The data can be found here, with redactions, equations and adjustments added by Repairer Driven News.

McDorman had originally provided us with a spreadsheet depicting 759 total loss appraisal cases with which his firm had been involved. The data found insurers using internal methodologies as well as the CCC, Solera and Mitchell information providers’ products to calculate the value of customer vehicles. McDorman told the Texas House Insurance Committee April 20 his firm’s process is to inspect the vehicle and compare it to appropriate vehicles with the right mileage.

“This constitutes ALL worked claims over this period, not picking and choosing claims,” McDorman wrote in sharing those total loss records with the Texas House Insurance Committee, which this session considered a bill on appraisal clauses in insurance policies. (Emphasis his.)

We discarded one record whose insurer offer price was adjusted to reflect more than one claim, viewing it as too anomalous to study alongside the others. We tossed another record depicting a total loss initially disputed but then ultimately approved by the insurer without the typical appraisal clause process.

McDorman said virtually all of the remaining data represented vanilla situations where the insurer estimated a vehicle value, the vehicle’s worth was disputed, and right-to-appraisal proceedings returned a final settlement amount.

A handful of records introduce “noise” into the data that they list insurer appraisal values lower than what what the carrier’s IP or internal methodology estimated to be the market value of the car. McDorman said these were instances in which the ACV was adjusted for variables like unrelated prior damage from the price offered the customer. However, he estimated that fewer than 10 records in the entire spreadsheet represent such situations. The overall effect on the data should be minimal.

Under the typical “right to appraisal” (RTA) process, either the customer or insurer can use an “appraisal clause” within a policy to resolve a dispute over the amount owed in a claim. Both parties hire separate appraisers, such as Auto Claim Specialists, to evaluate the totaled vehicle or repairable vehicle damage. If the two sides’ appraisers agree on a dollar value, that amount is binding on the customer and insurer. If the appraisers can’t come to a resolution, they agree to hire an “umpire,” who also conducts their own assessment. If the two appraisers agree or one appraiser and the umpire agree on an amount, that value is binding. 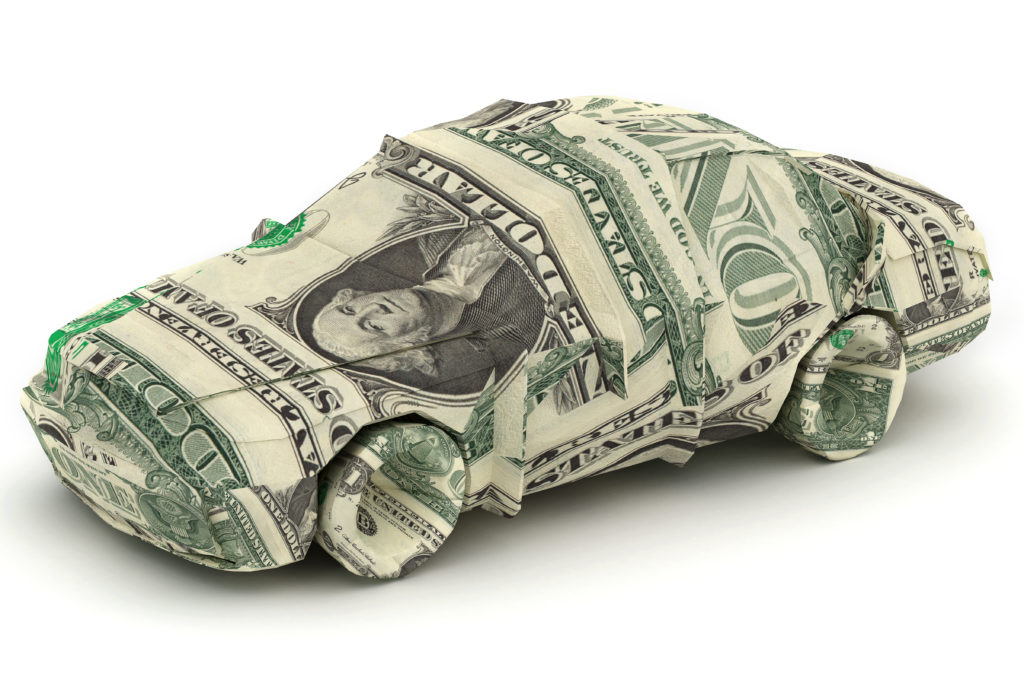 McDorman said some of these proceedings in his experience have revealed actual cash values high enough that the vehicles are now economically feasible to repair.

“In most cases, once we define the Actual Cash Value (ACV) we circle back around and attack the carrier on the policy limits of liability language and turn the (if the vehicle can be safely repaired and the client wants this) economic Total Loss into a repairable vehicle,” McDorman wrote in an email.

In Texas, the total loss threshold is the vehicle value itself, rather than a percentage of that amount as one might find in other states. (Iowa, for example, just bumped the amount from 50 percent to 70 percent.)

Totaled vehicles shown to be worth $3,500 more than insurers think could be a pretty big deal for a Texas repairer. Insurers could theoretically pay for an additional whole other vehicle’s worth of repairs — the average repairable claim was $3,421 in 2020, per CCC — and still be spending less than if they’d totaled the car.

One popular total loss threshold amount is 75 percent. McDorman’s data suggests repairers in those states could have theoretically conducted more than $2,600 in fixes on average than the insurer’s original valuation would have allowed.

The largest dollar-value difference in McDorman’s data involved what at the time was a late-model Dodge Viper. Farmers had estimated the vehicle at $95,326.00 using CCC; the appraisal clause proceedings deemed the Viper worth $128,000, a difference of $32,674. Farmers did not respond to a request for comment.

The largest magnitude difference involved a Dodge Ram 3500 several years old at the time of the proceedings. Pronto Insurance estimated the vehicle at $6,281 using CCC. The RTA found the truck to be worth $18,000 — nearly triple that amount. Pronto did not respond to a request for comment. 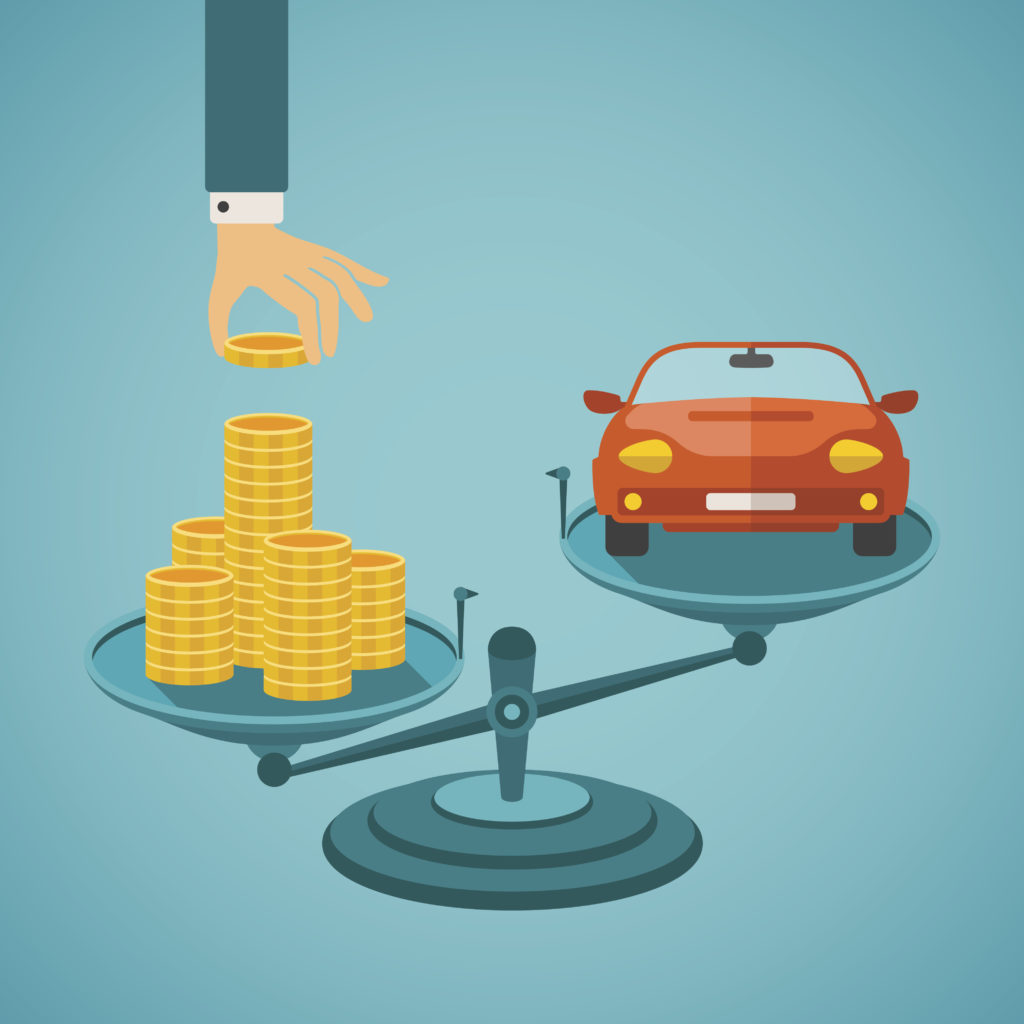 We had already asked the three estimating services in April if they wished to respond to McDorman’s allegations of incorrect total loss valuations and algorithms “that always favor the carrier” during an April 20 House Insurance Committee hearing.

“CCC’s valuation solution delivers fair, market-driven valuations for customers,” CCC said in a statement last month. “CCC uses extensive data from local markets across the U.S. to derive values that are individual to the loss vehicle.”

Those IPs’ answers remained the same when contacted this month about this story. Solera didn’t respond in April but said in a statement Tuesday:

“Solera’s Autosource valuations consider three things when ensuring the accuracy of a vehicle’s actual cash value; accurate VIN identification, where there is an exact match of the vehicle; market location, where you match the vehicle within the local market; and vehicle condition, which can vary by owner.  All three elements are critical when determining an accurate vehicle valuation.”

“Today, Solera’s Autosource is seamlessly integrated with Qapter®.  Qapter is our innovative solution for claims management that delivers accurate results early in the workflow using unmatched data, data science and repair science to detect vehicle damage. This unique blend of AI/ML, combined with 50 years of automotive claims knowledge, and incorporating a rich data lake of over 300 million claims worldwide is what makes Qapter a reliable and accurate estimating solution.” (Emphasis Solera’s.) 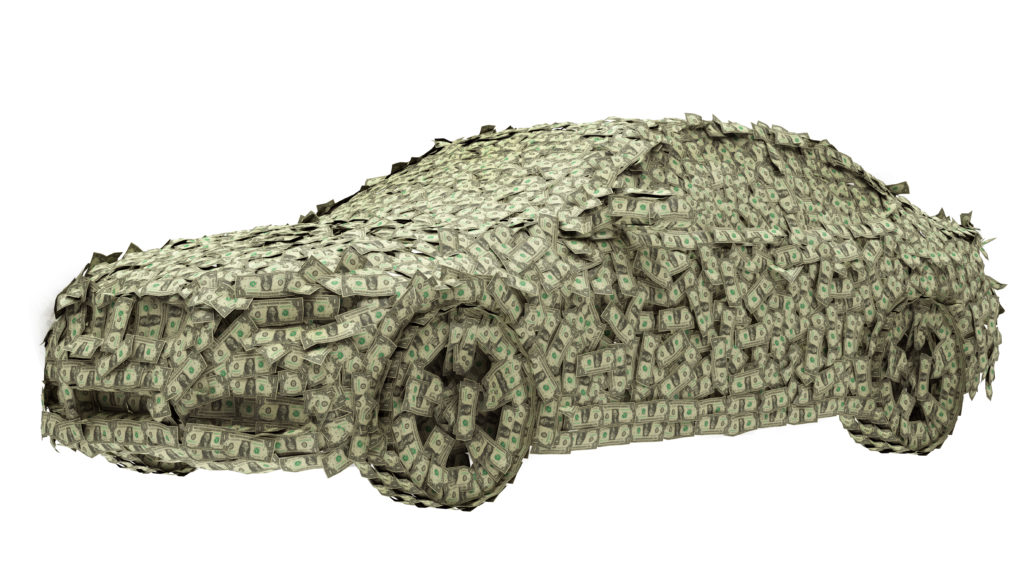 Scope of the issue

During the April 20 House Insurance Committee hearing, Jon Schnautz, NAMIC regional vice president, pointed out that appraisal clause activity would involve a subset of consumers so dissatisfied by insurer offers that they took action. His point seemed to be that this subset might be capturing the most egregious errors and not the average claim; naturally, the consumers always wound up winning.

“I would not suggest to you that in some claims insurers’re not making offers that’re too low, on the front end,” Schnautz said.

But Schnautz said he had no way of putting this in context. It might be a “very small window” of the market, he said.

In his email to the committee, McDorman agreed that “a very small percent” of claims go to appraisal, but he argued that this reflected a lack of consumer knowledge. “I have talked to thousands of insureds over the years, and I have yet to hear from a single one who was told by their carrier about their right to invoke appraisal,” he wrote. “The percent of insureds who request appraisal is currently small because hardly anyone knows about this right. This is something that hopefully publicity from this bill can help to change.” (It was unclear if he was referring to total loss appraisals, repairable vehicle appraisals, or both 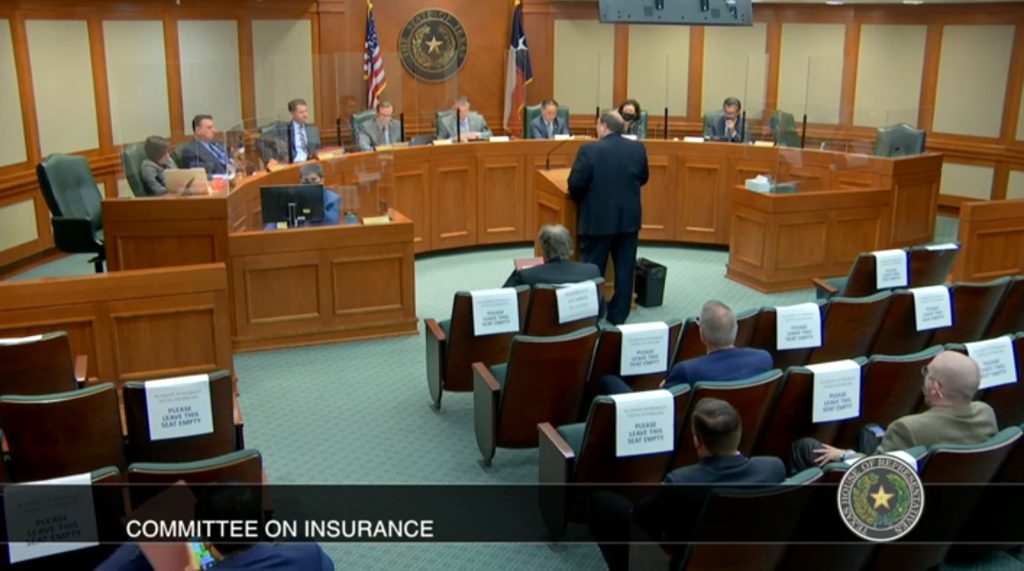 McDorman’s data would seem to support the appraisal clause bill supported by the Insurance Committee and ultimately passed by the Texas House last week.

House Bill 2534 would require appraisal clauses in Texas policies for both totals and repairable vehicles. “In states where the insurance carriers do not have an appraisal clause we see the insureds under-indemnified even more,” McDorman wrote of total losses. (Emphasis his.)

But the bill would also force the loser to pay the winner’s fees. This is in contrast to traditional appraisal clauses requiring both sides to cover their respective appraiser expense and split the umpire bill.

“Just” is not defined, but we presume it’s instances where the amount determined in the appraisal proceedings is lower than or equal to what the insurer proposed — such as the Toyota claim mentioned above.

Both sides would still under HB 2534 split the cost of the umpire if one was needed. (McDorman said he’s rarely seen one involved in a dispute.)

The HB 2534 “loser pays” provision could make exercising the right to appraisal more feasible and desirable for consumers on smaller-dollar disputes. Under the traditional “both sides pay” setup, using small-claims court to address such arguments might make more financial sense.

McDorman, for example, said his firm charges about $800 for a total loss appraisal, and he advises customers not to bother pursuing total loss disputes unless the customer seeks at least $1,600 beyond what the insurer offered. Eighty of McDorman’s cases saw insurers’ offers found to be off by less than $1,600.

Appraisal clause proceedings might result in a new vehicle cash value which tips the scale and flips a vehicle back into the repairable category. (Alex_Doubovitsky/iStock)

Data from more than 700 total loss right to appraisal proceedings involving Auto Claim Specialists found customers deserved more than $3,500 above what insurers had originally declared their vehicles worth. (kh_art/iStock)

The actual cash value of a vehicle can be disputed by an insurer and consumer. (StocksAndMore/iStock)