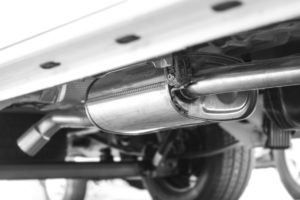 A recent State Farm report states catalytic converter thefts claims have increased 1,171% nationwide in a two-year period, according to News Channel 21 in Oregon, which ranks sixth in the nation for the highest number of thefts.

Catalytic converter replacement generally costs between $1,000-$3,000, according to the National Insurance Crime Bureau (NICB), and simple tools can be used to steal them. Recyclers usually pay between $50-$250 for one, but the precious metals that come from hybrid vehicles can bring up to $1,500, NICB stated last year. 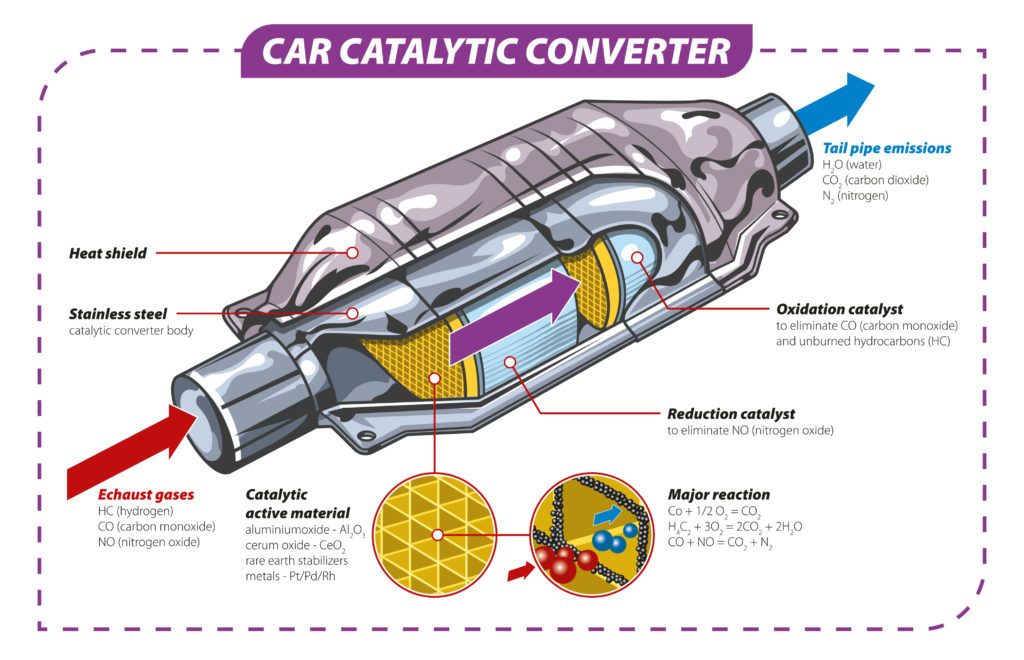 When RDN asked State Farm for a copy of its report a company spokesperson said, “State Farm has nothing to share with Repairer Driven News.”

State Farm stated in its July report that California was the No. 1 state for converter theft claims followed by Texas, Minnesota, Washington, and Illinois.

To curb thefts at body shops, repairers should park the most expensive vehicles inside their shops rather than the ones that have catalytic converters that might be easier to lift. Also, make sure as much light as possible is on your shops and parking lots.

Ten bills have been introduced in California during the current legislative session, all in an effort to curb catalytic converter theft. All are in committee.

Los Angeles County District Attorney George Gascón in February encouraged legislators to approve a bill that requires converters to be permanently engraved or etched with the vehicle identification number and a traceable form of payment when the detached converter is purchased.

“These crimes are costly to consumers in both repairs and insurance costs,” he told Pasadena Now. “They also make us feel unsafe. The solution to this problem, interestingly enough, is very simple to a great extent. When a catalytic converter is stolen, it is untraceable. That means that those crimes cannot be solved unless someone is literally caught in the act — something that is very difficult for the police to do.”

He noted thefts of the devices have increased throughout the COVID-19 pandemic and that California is one of the top five states where the thefts occur.

Two bills have been introduced this session in Colorado – House Bill 1217 and Senate Bill 9. The House bill would require a record of the sale, transfer, purchase, or receipt of catalytic converters and would create a grant program to fund public awareness campaigns regarding converter tracking efforts and theft prevention. The bill is in committee.

The Senate bill would require anyone who acquires five or more vehicles within one year for the purpose of dismantling, wrecking, shredding, compacting, crushing, or otherwise destroying them for reclaimable parts or scrap metals, including catalytic converters, to report all of the vehicles to the national motor vehicle title information system within five days after purchase to ensure they aren’t stolen. The bill has passed in the Senate and is in committee in the House.

Catalytic converter thefts in Colorado increased by more than 5,000% from 2019 to 2021 with 189 thefts reported to 9,811, according to news publication Colorado Politics.

KING 5 reported in January that Sen. Jeff Wilson (R-Longview) said catalytic converter thefts in Washington had increased by 1,300% in the past year and that the state is among the top four in the country with the highest number of thefts.

The American Property Casualty Insurance Association (APCIA) said in December that thefts of cars and catalytic converters have increased since the start of the pandemic; more than four times for converters in 2020 compared to 2019. The thefts have contributed to rising comprehensive auto insurance costs.