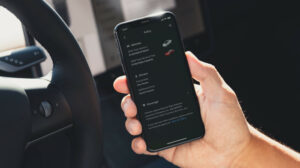 Tesla Insurance expanded to Oregon, Virginia, and Colorado this week, and is expected to be available to 80% of Tesla owners in the U.S. by the end of 2022, the company’s CFO said Wednesday during a Q1 earnings call.

Prior to the most recent approvals, Tesla Insurance was available in five states: Arizona, California, Illinois, Ohio, and Texas. In all but California, where the practice is not allowed, Tesla offers policies with premiums based on real-time driving behavior.

In the three recently added states, Tesla has adopted a new business model. “We are now the underwriter, and we’re also now holding the risk,” CFO Zachary Kirkhorn said. “And so, with those states, we are a fully vertically integrated provider of insurance.”

By offering its own insurance product, gathering data through telematics, and operating its own collision repair centers, Tesla is building a “full circle” process that reduces “cost inefficiency,” Kirkhorn said.

Tesla CEO Elon Musk painted a scenario where there is no friction between insurers and repairers. Presumably, both Tesla Insurance and Tesla collision centers would follow all of the OEM’s repair procedures and position statements – although he did not specifically say so.

“The customer experience is just vastly better,” Musk said, “because when there’s an accident, there’s no argument. We’ll repair it immediately, as compared to arguing with an insurance company and then a claims adjuster and then a collision repair center. And this can be a nightmare, basically. So we we’re trying to turn a nightmare into a dream.”

He did not say if his implied criticism of third-party body shops included Tesla’s network of approved collision centers, each of which has made substantial investments in specialized equipment and training.

Musk said gathering data through telematics can help improve the design of vehicles.

“We see if there is a crash, large or small, we sort of see exactly what that cost. And then think about how can we change the design of the car or the software in order to minimize the probability of that accident,” he said.

“Most accidents are minor. But how do we have those accidents occur less frequently? And how do we make the repair associated with an accident super fast? Like aspirationally, it would be like a same-day repair for a collision. Which is a night and day difference compared to sometimes having to wait for a month while insurance claims are settled and figured out – because Tesla is also doing collision repair,” Musk said. 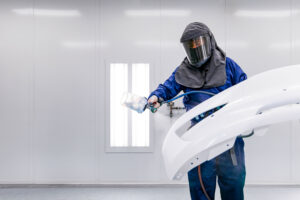 Tesla is planning to build a new collision center in San Antonio, Texas, its 13th in the U.S. Colorado becomes the fifth state to have both a Tesla collision center and available Tesla Insurance, joining Arizona, California, Illinois, and Texas.

Kirkhorn said Tesla and its customers benefit from instant telematics feedback. “We do claims management in-house. And so we receive the notification that there’s an accident, we work to prepare the estimate, and and we can look to support our customers’ use of our collision centers to do the repair. It’s full end-to-end visibility.”

Data from crashes, he said, can be fed back to engineering and software teams to improve the vehicles, which, in turn, should lower claims costs and increase vehicle reliability.

In Texas, where Tesla’s telematics-based insurance product, called Safety Score, debuted last fall, customer reception “has been quite positive,” Kirkhorn said. He said Tesla Insurance is now the state’s second-largest insurer of Tesla vehicles, and is expected to become the largest by the next quarter.

Kirkhorn said that, through social media, “a lot of folks are reporting their stories of saving quite substantial amounts of money relative to their previous insurance. And so we’re quite encouraged by that.”

Musk recently said that Tesla is continuing to lobby hard for approval of its Safety Score product in California, its biggest market. Because the state does not allow telemetrics to be used in setting premiums, Tesla offers the technology only for “educational purposes” there.

On Wednesday, he said that the use of Safety Score is making Tesla drivers safer. “When they can see a real time score, and realize that ‘if I make the following changes in my driving habits, then I pay less than insurance,’ then they have a real-time feedback loop for for safer driving, and an incentive to do so. So what we’re seeing is it is causing people to drive their cars in a safer manner.”

Tesla Insurance was launched in California in September 2020. It offers coverage for current and new Tesla vehicle owners, and Tesla owners can add vehicles made by other manufacturers to their policies.

The screen for Tesla’s “Safety Score” app. (Provided by Tesla)

A painter applies a new finish to a body panel of a Tesla vehicle. (Provided by Tesla)