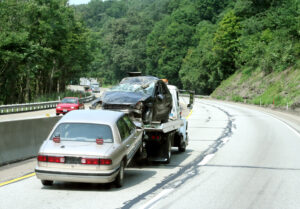 During the second session of a Collision Industry Conference (CIC) panel discussion last week, shop owners and others in the industry agreed changes need to be made to hold repairers and rebuilders accountable for unsafe and improper repairs of vehicles post-collision.

“The manufacturer’s the architect of that vehicle and short of understanding exactly that process you can’t accurately write a blueprint anymore,” said panel member Ron Reichen, who owns Precision Body & Paint in Oregon.

The discussion centered on the steps to take to ensure accurate vehicle and market valuations when determining whether they’re a total loss or are repairable. Auto Claim Specialists Managing Director Robert McDorman, who is based in Texas, said actual cash values (ACVs) are often off by $3,800.

Automotive Recyclers Association (ARA) Executive Director Sandy Blalock and Virginia shop owner Barry Dorn joined McDorman and Reichen on the panel, which was put together and moderated by CIC’s Industry Relations Committee. The first panel held on the topic in January covered the impact of rising total loss claims while the April session delved into solutions moving forward. 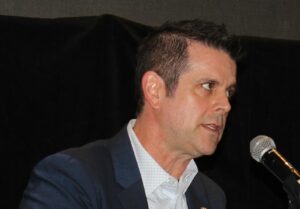 The first step toward accurate repairs is a complete teardown following OEM procedures to accurately diagnose damage, the panel said. Without doing so, Reichen said, an inaccurate repair plan is created that has a negative domino effect on everything else. He also said VIN decoding is necessary to know everything that’s on the vehicle from accessories to trim packages, mylar film wrap and/or ceramic coating, and more.

“It’s just not a cursory photo of four corners and a shot of the VIN and the mileage,” Reichen said, adding that deeming a vehicle a total loss from photos is “delusionary,” which Dorn agreed with.

“The days of, ‘Oh, I fixed this vehicle a month ago so I should be good’ are over,” Dorn said. “No, you’re not because procedures change so constantly. The repair plan, whether you’re initiating that and whoever you’re initiating it with, and the OE repair procedure must go together. There can be no more times of one without the other.”

McDorman added that the economic value of vehicles is “paramount” and “as critical as the OEM blueprint.” Both, paired with holding insurance carriers to their policies and double-checking market valuation reports, are what lead to safe and proper repairs, he said. 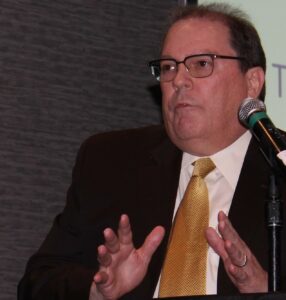 “We have to educate the carrier on what their policy says. Transparency is what we need to get to to educate everybody. …Always, the first thing that we start with, is the information from the data provider – from CCC, Mitchell, Audatex – then we analyze that data and we come up with our number. We inspect the car, sometimes by pictures, and as a public insurance adjuster, we can put a geofence around a ZIP code to find out what cars are selling [for] in the market and then look at the condition of the car and come up with the actual cash value. In every policy, the actual cash value is the limit of liability. The actual cash value drives what happens with that car; absolutely drives what happens in that claim.”

All estimates have to be very consistent using good industry information, Blalock added. She noted that in Oklahoma, where this month’s CIC meeting was held, the total loss threshold is 60% so residents are already “working against a law… that you don’t have a say over whether it’s totaled or not.” Total loss threshold is the percentage at which vehicles are deemed totaled by law and vary by state. Some states don’t have a threshold.

“I think it’s very, very important that the ACVs are accurate and as high as they can possibly be so that we don’t have more vehicles totaling that shouldn’t be totaling,” Blalock said.

So what can consumers do to make sure their vehicles are valued correctly and how can repairers help? Panel members gave a few tips. Owners should get the comparable vehicles report that was used to determine the ACV of their car and call the dealers to see if they ever had those particular cars. If so, find out what it sold for and its condition. Was it traded in wrecked, damaged, or stolen? Policyholders who have an appraisal clause in their insurance policies can invoke it to find out from a third-party appraisal the value of their cars versus what insurers say they’re worth and offer to pay.

“We have the ability to dive into this and get it right,” McDorman said. “The technology’s there, the interest is there. We just have to make the public aware to ask these questions. That’s where it starts.”

Dorn told Repairer Driven News he’d like to see the creation of a database that repairers can report improperly repaired vehicles to OEMs so that when it goes to a shop for service it’ll be flagged as having been in a prior accident. His idea of a database would also track if vehicles were previously repaired at a facility that isn’t OEM-certified.

“That vehicle has the potential of not crashing right the next time and then the consumer has no idea that this has even happened,” Dorn said. “That’s the issue. … Not to say that because the facilities that repaired it didn’t do what they’re supposed to, but you need to make sure of that [with] as complex as vehicles are now.” 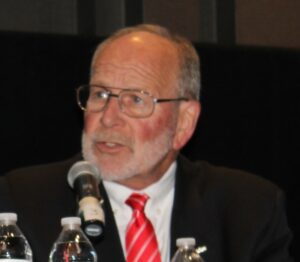 Reichen told RDN he’s an advocate for shops being licensed so they’re held accountable for the repairs they make.

“The problem with our collision industry, in general, is it’s not licensed or regulated,” he said. “We’re no longer a trade. We’re a skilled profession.”

And, he added, post-repair inspections by a third, disinterested party need to occur so that vehicles don’t end up back on the road with improper and unsafe repairs.

“Until a senator’s daughter gets killed by a substandard vehicle, legislation and federal mandates probably won’t take place,” Reichen said. “It’s a crude analogy but it’s the reality.”

Certified repairers and restricted OEM parts “are the beginning of where we need to be so that that vehicle is directed to a repair shop that at least on paper says that we have the equipment, we have the training, we have the integrity, and the moral compass that we’re going to repair that car the way the factory wants us to be following OE repair procedures,” he said.

Blalock said federal laws and regulations to keep improperly repaired vehicles off the road would be great, but it’s not feasible.

“I’ve been very successful at a state level,” she said. “We just need to take a good model and move it from state to state and get more consistency.” 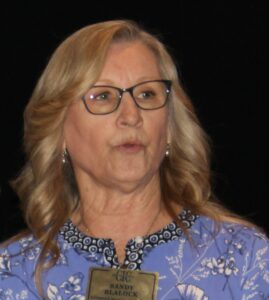 She recommended repairers figure out who in their states could be the “champions on legislative issues.” She noted the biggest problem she’s seen is insurers using total loss formulas (TLFs) with artificially inflated salvage values due to the lack of buyer qualifications, which causes salvage vehicles to not end up with professional automotive recyclers and, instead, with rebuilders that don’t follow OEM repair procedures. The TLF is reached when the cost to repair a vehicle plus the actual salvage value that can be recouped exceeds the value at the time of loss.

Another issue is carriers reinsuring repaired vehicles that should’ve been salvaged, she said. Blalock and her association fight that daily and are tracking hundreds of pieces of legislation that have to do with the collision repair industry.

“It’s not working but the default position would be, ‘Well, you should have some type of national regulatory structure on this.’ We tried that,” he said.

He added that Congress asked the National Highway Traffic Safety Administration (NHTSA) and the U.S. Department of Transportation to put together a federal advisory committee of insurers, recyclers, shops, used car dealers, regulators, law enforcement, and National Automobile Dealers Association (NADA) representatives. The committee came up with legislation but the bill died because the total loss number was shifting too low, Redding said. While an appropriate total loss threshold is “the most divisive issue,” it needs to be discussed, he said.

All other photos were taken by Lurah Lowery.