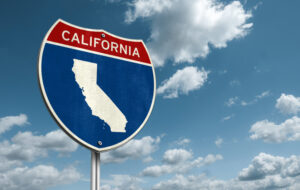 Questions about labor rates, payment for OEM procedures, parts pricing and other topics were on the minds of repairers who participated in a special California Autobody Association (CAA) webinar with representatives of the California Department of Insurance (CDI).

CDI representatives Tony Cignarale, the deputy commissioner for consumer services, and Dave Edwards, chief of the claims and service bureau, spent an hour discussing the issues with Rick Johnson, executive director of the CAA.

Summarized below are responses by Cignarale and Edwards to many of the issues raised by CAA members during the May 11 session. Members can view the full webinar through a link on the CAA’s website, https://calautobody.com/, in the “Shop Tips and Resources” section.

The CDI has had success intervening when an insurer refuses to pay for a procedure that’s recommended or required by an OEM, particularly in cases where safety is concerned, Edwards said.

When an insurer refuses to pay for a procedure, he said, the department expects them to “provide us with industry-recognized documentation that supports their position, if it’s different than what the OEM says,” he said.

“Any of the documentation that a shop can provide to us when they filed a complaint will be helpful to us,” he said. “That could be the specs from the manufacturer, it could be P-pages, anything that shows that this is an important [procedure]. For example, when a shop provides pre- and post-scan documentation as part of their complaint, it does help us. We present that to the insurer.”

Edwards said the CDI has been “pretty successful” in complaints involving safety-related procedures. “If it’s a safety issue, where the OEM says, ‘Hey, look, this has to be done, this requires a pre- and post-scan to make sure that the monitor on the passenger airbag is connected and working,’ that’s easier for us to deal with and to get a response from than something that’s just a recommendation.”

Again, the onus is on the insurer, Edwards said, to provide documentation showing that they made “a reasonable adjustment to an estimate.” Failure to provide that documentation could be considered a violation, he added.

Although the CDI’s general counsel issued a letter in 2018 advising insurers that requiring a body shop to buy parts from specific vendors violates California’s insurance code, that letter is “still being ignored by insurers,” Johnson said. In some cases, he said, insurers are attempting to cap parts prices based on prices set by out-of-state companies that have no relationship to the shop.

He asked the CDI to proactively send the letter to all registered insurance companies, and remind them that the department expects “full and immediate compliance” with the directive.

“I get that the members may feel like, ‘Why do I have to do all this work to get this done?’ And I can just tell you that the more documentation that you can provide us, the better our chance of dealing with the company or the faster that the issue can get addressed.

“We do get this complaint quite a bit. We see, as your members know, companies writing sheets with, you know, four or five different vendors in three different states. And sometimes the vendor doesn’t even have the parts available. So we do take a pretty, very strong position on this.”

Cignarale said the insurance industry is “100% aware” of the CDI letter, and that sending copies to insurers is “not going to make them more aware if they are ignoring it.” He suggested that the problem sometimes lies with “some adjusters at the lower level and staff level that are either newer or weren’t trained properly,” and that managers, once notified, will take steps to comply.

Some shops that have entered into direct repair program (DRP) contracts with insurers, Johnson said, mistakenly believe that the CDI can intercede in disagreements over such terms as labor rates and parts prices.

“If they’ve entered into a DRP arrangement, we don’t have the ability to intercede in the terms of that agreement and the conditions,” Edwards replied. “So if the shop agrees to buy out-of-state parts, or to have a certain paint material rate or labor rate, and that’s something that we can’t intercede on and change.

“They would have to get out of that DRP, and then we can only regulate non-DRP type reasonableness with regard to the pinpointing the various laws that we regulate,” he said.

California allows, but does not require, insurance companies to conduct labor rate surveys. That results in three different approaches on what carriers agree to pay, Edwards and Cignarale said.

A standardized labor rate “gives the insurance company the rebuttable presumption of reasonableness,” which would put the shop in the position of having to prove that any adjustment made by the carrier in the shop’s requested rate is unreasonable, Edwards said.

Other carriers, he said, rely on a non-standardized survey of rates. In these cases, the CDI would look at questions such as, “Did the insurance company provide support for any adjustment made? To the degree they don’t want to pay the shop the shop’s requested rate, do they provide documentation to support their adjustment?

“Documentation can’t be things like, ‘Well, our adjuster just knows. We talked to two shops in the area and this is the rate they charge,” he said.

In other cases, a carrier might not rely on any type of labor rate survey, he said. In those cases, “they’ve got to prove that their adjustments are reasonable.

“So, things like ‘adjuster knowledge’ – ‘Well, we’ve made prior agreements with two shops in the area where they accepted this rate therefore that’s the rate.’ Those are things we would take strong issue with and address with the company,” Edwards said.

“A labor rate survey is defined in the statute as any gathering of information used to set a prevailing rate. Now, we get a lot of complaints on this and I get the frustration for your members,” he said. “I will say that this information over time, gives us actionable data where we can cite a company.”

He said the CDI keeps track of which carriers conduct standardized labor rate surveys, and how recently their information was updated. “We are aware of that. And we do track that and we do take action when it’s appropriate,” he said.

Cignarale noted that when standardized labor rate survey regulations were adopted, the CDI tried, and failed, to make them mandatory for all insurers.

“We believe that would have been the most accurate, the most up-to-date, and [would have created] the least amount of problems. But we’re not there. So we’re forced to look at these three different scenarios,” he said.

Sometimes, he said, the CDI is able to “push” carriers into conducting a standardized labor survey, although, he noted, “that’s not something that can happen overnight.”

Currently, “All we can do is cite the insurance company for a violation, gather those violations together, and then down the road, take enforcement action against the insurance company – which we’ve done in the past, and which we’re looking to do again, to the degree that it, you know, rises to a certain threshold. So we’re happy to do that.”

Johnson outlined a scenario in which a repairer looks at the labor rate surveys that CAA keeps on file, and discovers other shops in his ZIP code are billing between $95 and $104 an hour. Could that be used in a complaint if a carrier were to offer an $85 rate?

Provided with that information, “we would go to the insurance company … and we would say, ‘Okay, to the degree that you think 85 bucks is reasonable, provide us with documentation to support your position, especially in light of the documentation the shop has already provided,” Edwards said.

“We’d have to see how a company responded, but it would be a bit challenging to be able to provide documentation” to support the $85 rate in that case, he said. Again, the onus would be on the carrier to show that its adjustment was reasonable.

California law gives carriers six days to decide if they want to inspect a damaged vehicle before repairs begin, and another three days to request a photo or an estimate from the repairer in lieu of an inspection, Edwards said.

“I get the frustration. We’re at nine days now, right? Post-loss?” he said. But “that time frame is built into the regulation.”

Noting that many carriers are moving toward platforms like Deskimate, or photo-based apps, Edwards suggested that repairers follow the lead of one shop that has started helping their customers by taking the required photos via the customer’s app.

Instead of a customer “just taking four photos,” the tech can thoroughly document the damage. “What the shop has told me is that in a majority of cases, the [first] estimate that they get from the company is usually very, very close, and pretty good.

“I get that it’s more work for the shop, but it perhaps reduces – for this one shop anyway – some of the frustration that they deal with in this process.”

Johnson noted that body shops are required by law to present an itemized estimate to the customer, have the estimate approved, complete the work, and present the bill. “The customer has a policy, or a contract, with the insurance company to get reimbursed. But our contract is with the customer. We can literally write the estimate and … start repairs that afternoon. Correct?”

“Yes, absolutely correct,” Cignarale said. “The issue here, as we all know, is that this is a unique situation where the insurance company is paying a third party, the shop, for something they really owe to the consumer, to the insured. And so it sticks the shop in the middle of it.

“And then there’s going to be that situation where you’re forced to help the consumer out by working directly with the insurance company. And that’s what creates the problems, but that’s the system that we have,” Cignarale said.

Johnson said shops are being required by insurers to provide photos of damage, copies of invoices, and photos of work in progress. “That’s one area that’s getting really frustrating to the shops, particularly when they write a sheet, and they deduct a particular item, almost as if they’re accusing the shop of being crooked …. There is nothing in the law that says any of that has to take place, correct?”

Cignarale said shops are required to do no more than what’s set down in law and Bureau of Auto Repair (BAR) regulations. “I would agree that some of the items you mentioned are unreasonable for the insurance company to require, such as mid-operation photographs to prove you’re doing something. That’s going too far in our eyes. So we would scrutinize those kinds of issues,” he said.