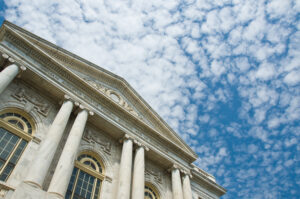 GEICO is facing a class action suit in Georgia over what the plaintiffs say is the carrier’s underpayment of tens of thousands of total loss claims.

The lawsuit, Ewing v. GEICO, accuses the insurer of miscalculating one of the elements of a vehicle’s replacement cost, the title ad valorem tax (TAVT), by failing to use the state’s process for calculating the replacement value of the totaled vehicle.

Under the order of Chief Judge Marc T. Treadwell, issued May 19, the class includes anyone who had received a settlement for a total loss claim between April 29, 2014, and Dec. 31, 2019, and had not been paid an amount equal to or greater than the TAVT as calculated under state rules.

TAVT is the tax that a purchaser pays when buying a vehicle. Throughout the class period, that tax ranged between 6.75% and 7% of a vehicle’s fair market value.

“The plaintiffs state that this class would number in tens of thousands, and GEICO does not contend otherwise,” Treadwell said.

Rather than using the state revenue commissioner’s ad valorem assessment manual, GEICO used its own “market valuation report” to calculate TAVT and paid its insureds the lesser of the two figures.

This is the same issue raised by Georgia’s insurance commissioner in March when he reminded all auto insurers that they must include the full amount of taxes that would be paid on a replacement vehicle when settling total loss claims.

Commissioner John F. King said he issued the directive after learning about “confusion among Auto Insurers” about the correct method for calculating taxes.

In his order granting class certification, Treadwell noted that GEICO’s own expert had confirmed that underpayments had been made.

“Although GEICO’s expert found a few mistakes in the plaintiffs’ expert’s calculations, she concluded that 441 claims of the 1,100 were underpaid TAVT. Moreover, the experts were able to determine the exact amount overpaid or underpaid for any given TAVT payment,” Treadwell wrote.

He also noted that “GEICO agrees that TAVT is an element of replacement cost.”

The insurer’s main argument, Treadwell said, was that a significant portion of the proposed class had actually benefited from its valuation methodology, and were overpaid for their claims. The judge said that argument was addressed when the plaintiffs narrowed the proposed class and dropped claims about unpaid title transfer fees.

The suit was filed in April 2020 by Tamara Ewing, Kosmoe Malcom, Kwanza Gardner, Aqueelah Coleman, and Tondra Washington. It is one of a number of similar class-action suits over total loss settlements making their way through the courts.

King, the insurance commissioner, said in March that any insurer that does not heed the directive may face sanctions, which could range from a formal letter of reprimand to a mandated change in business practice to monetary penalties, depending on the nature of the violation.

“Allow me first to reiterate that the purpose of insurance is to make insureds whole again following a covered loss,” King said at the time. “In the case of first-party auto insurance claims, to make an insured whole, an insurer must properly calculate taxes to be paid by the insured when replacing a lost vehicle.”

Instructions for consumers who want to file a complaint are available at the commissioner’s website, oci.georgia.gov/how-do-i-file-complaint.

Featured image: The US district courthouse in Macon, Georgia. (mstroz/iStock)