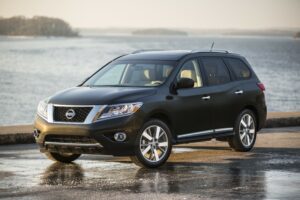 According to the recall notice filed with the National Highway Traffic Safety Administration (NHTSA), buildup from the accumulation of dust and dirt on and around the bell crank lever pivot joint, combined with “a lack of proper inspection and maintenance” of the assembly per the owner’s manual, can lead to mechanical binding and keep the lever in the open position even after it’s disengaged. Since the lever operates the secondary hood latch, if it stays open and the primary hood latch is inadvertently released or the hood isn’t closed properly, the hood may open while the vehicle is moving.

In addition, this contamination can scratch the bell crank protective anti-corrosion coating, allowing corrosion of the bare metal in the pivot joint.

This is another recent recall that serves as a reminder of the importance of following OEM procedures for repairs, even down to making sure certain parts are free of buildup that could cause a safety hazard.

Nissan estimates that less than half of the recalled vehicles will actually have the hood latch issue.

Nissan hasn’t released a plan to fix the issue yet but one is being developed. Interim recall notification letters will be sent to 40,000 owners beginning today. The owners will be asked to take their Pathfinders to authorized Nissan dealerships for bell crank and hood lock assembly inspections. Both will be replaced, if necessary, “using a like-for-like part” for free.

Nissan plans to collect and review the parts that are taken off to aid in its investigation and a remedy plan.

All affected owners will receive interim notification letters by Aug. 3, which will include how to properly inspect the bell crank assembly and hood lock lever.

“If the levers move freely, the owner can clean and condition the lever per the Owner’s Manual general maintenance requirements in Section 8 ‘Maintenance and DIY,’ or they may bring their vehicle into a dealer to perform the maintenance free of charge,” the recall notice states. “If the levers do not move freely, the customer will be instructed to take their vehicle to a Nissan dealer. The dealer will inspect the bell crank assembly and hood lock lever for proper operation. If functioning properly, the dealer will clean and condition by applying lubricant free of charge.

“If either of these components do not function properly, the bell crank and/or hood lock assembly will be replaced with a new like-for-like part at no charge to the customer.”

Once a final remedy plan is prepared, Nissan will mail out notification letters and include a statement concerning reimbursement for the cost of obtaining a pre-notification remedy for a subject vehicle that was no longer under warranty at the time of a repair.

Honda also issued a recall in November 2021 on nearly 725,000 Passport, Pilot, and Ridgeline vehicles because the hoods could come open while driving. According to a Honda Service Bulletin, the problem comes from the improper setting of the gap between the hood and the grille when the vehicles were made. Over time, that can lead to hood latch striker damage and separation.