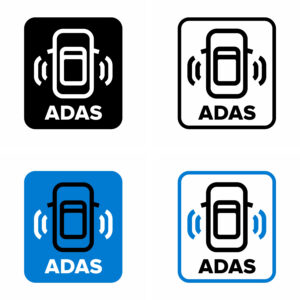 The agency is assessing crash data recently reported by automakers and tech companies, according to the AP.

Advanced driver assistance systems (ADAS) have been linked to crashes involving fatalities and serious injuries, such as with Tesla’s Autopilot feature. While the NHTSA’s initial round of data and reports collected through its Standing General Order (SGO) issued last year found that Level 2 (L2) ADAS-equipped vehicles were involved in 392 crashes and vehicles with Levels 3-5 automated driving systems (ADS) were involved in 130 crashes, the administration determined that’s not necessarily definitive of ADAS safety. That data was the result of Cliff’s push for the data after he discovered NHTSA didn’t have any automated vehicle data, according to the AP.

Cliff told the AP on Wednesday that before new federal standards are developed NHTSA wants to better understand how the new technology should perform.

“Any time we put a regulation on the books, we have to define not only what standard that technology needs to be held to, but we need to have an objective way to measure the performance of the system to ensure that it actually complies with the regulation,” he told the AP.

The Infrastructure Investment and Jobs Act requires all passenger vehicles and large trucks sold in the U.S. to be equipped with passive emergency braking systems. NHTSA, Cliff said, is working on performance standards for automatic emergency braking (AEB), according to the AP.

A year into Cliff’s new role, U.S. Secretary of Transportation Pete Buttigieg in January called the status quo “unacceptable” when he unveiled the Department of Transportation’s new safety plan to decrease the number of roadway deaths that will be implemented over the next three years. Though he said it might not happen while he’s still at the helm, the goal is to reach zero deaths. The 42-page “National Roadway Safety Strategy (NRSS)” focuses on five objectives – safer people, safer roads, safer vehicles, safer speeds, and post-crash care. The objectives correspond with the department-wide “Safe System Approach.”

In December, Cliff told the Senate Commerce Committee that he would work to adopt regulations such as those urging seat belt use, and would implement mandates under the new federal infrastructure law to reduce drunk driving, according to the AP.