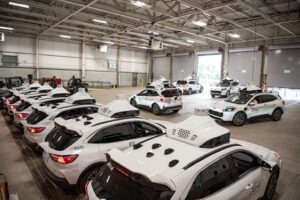 As the progress of autonomous vehicles (AVs) hitting the road in mass in the future inches forward, Argo AI has formed its own Safety Advisory Council to “provide external strategic counsel on Argo’s safety and security practices and policies.” Meanwhile, state and federal legislation is being considered to regulate AVs and how they’re tested.

Argo’s council will be made up of top experts and industry leaders in the fields of transportation, medicine, law enforcement, and cybersecurity, according to a news release from the company.

“At Argo, our foundational value is safety,” said Argo CEO and founder, Bryan Salesky, in the release. “Autonomous vehicles have the potential to profoundly and positively impact transportation safety and accessibility in cities. I am grateful for the Argo Safety Advisory Council to share their collective wisdom and expertise to help Argo realize this goal.”

The goal of the council is to provide an external perspective on safety as well as to build public trust and acceptance of AVs.

Argo is currently operating consumer services with Lyft and Walmart and recently began driverless operations in Miami and Austin.

In December 2021, a third-party assessment found Argo procedures pertaining to test driver selection, training, and oversight meet, and in some cases exceed, industry best practices and standards as defined by the Autonomous Vehicle Safety Consortium’s (AVSC) and SAE International’s J3018 standard for safe on-road testing, according to the release.

Argo additionally worked with the national cycling advocacy group the League of American Bicyclists on the development of technical guidelines designed to deliver safe interactions between autonomous vehicles and cyclists.

Pennsylvania S.B. 965, on which a vote is expected on in the fall, is much like H.B. 2398 that passed in June 123-77 in that both aim to amend current law to include AV operation with or without a human driver. If passed, the state will be one of only a handful to approve such legislation, including Kansas, Texas, Florida, and Arizona.

Philip Koopman, a professor in Carnegie Mellon University’s Department of Electrical and Computer Engineering, told the Pittsburgh Post-Gazette that S.B. 965 does more for public safety than a previous version considered earlier this year but still isn’t enough. He also called it “unwise” if legislators go through with barring local municipalities from adopting additional local restrictions, especially for Pittsburgh, which the Post-Gazette called “the state’s self-driving capital.”

The Post-Gazette reports that autonomous trucking company, Aurora, created a similar external advisory board in 2021 but its experts have a more broad range of expertise including aviation. In February, Aurora Vice President of Safety Nat Beuse asked Congress and the Biden administration, on behalf of the company, to ensure AV laws and regulations are “technology and business model neutral.” And Ariel Wolf, general counsel to the Autonomous Vehicle Industry Association, of which Argo, Aurora, and many others are members, said a comprehensive approach for roadway safety is needed through safer road design, driver impairment prevention systems, updated traffic guidance, and deployment of AVs.

US Reps. Robert Latta (R-OH-5) and Debbie Dingell (D-MI-12) recently created a bipartisan Congressional Autonomous Vehicle Caucus “to educate Members and staff on autonomous vehicle technology that can improve the safety and accessibility of roadways,” according to a news release on Dingell’s website.

True AV options for the average consumer remain limited as at least one automaker, Tesla, has created a gray area of confusion for vehicle owners about what constitutes autonomous operation.