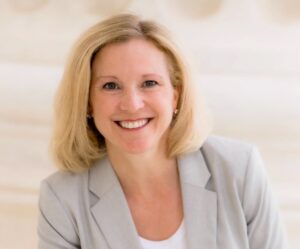 Partners for Automated Vehicle Education (PAVE) is creating a website designed to facilitate communication and collaboration between the public and the automated vehicle (AV) industry in preparation for the eventual arrival of self-driving vehicles, the nonprofit’s executive director said recently.

Not expected to be operational until the summer of 2023, the site, AccelerateAV.org, will be a place where “all of these different stakeholders can come together and forge partnerships and find the best ways forward, so that we can reach the potential of this incredible technology,” Executive Director Tara Andringa said during an Aug. 25 Collision Industry Electronic Commerce Association (CIECA) webinar. (Currently, the new domain has only a placeholder.)

Andringa said the collision repair industry will have the opportunity to participate in the online forum. “I think it has to be a long-term dialogue that we have, and I think this is hopefully part of what our forum can do, is allow regulators and policymakers and industry and insurers and all of these different stakeholders have those kinds of conversations…. It’s an entirely new world that we’re going to have to navigate.”

As previously announced, the Infrastructure Owner Operators (IOO) AV digital forum project is a creation of the AV Pooled Fund, a federally-funded partnership between departments of transportation in eight states – Ohio, Michigan, Minnesota, Maryland, Pennsylvania, Virginia, Connecticut, and Texas – to align the needs of the AV industry and state transportation systems.

During the CIECAst, titled “Autonomous Vehicles: Fact vs. Fiction,” Andringa said that misunderstandings and misinformation, some of which come from the OEMs themselves, are significant barriers to the eventual adoption of self-driving technology.

Surveys have shown that “by and large, people aren’t sure about the technology. When you really look at their comments, they say, ‘I don’t understand it, I would never get in one, I don’t trust it.’ Whereas the industry thinks that the technology has huge potential. So, where that takes us is to the great divide,” she said.

As a 501(c)3 organization, Andringa explained, PAVE’s mission is to “connect these two, to try to give people exposure and build trust, and let the industry and stakeholders speak to the public. So we try to help bridge that chasm… We run a public education campaign with the goal of helping to create an automated vehicle future that increases safety and mobility and efficiency and sustainability and equity.”

“What I like to point out here is the diversity of people involved,” she said. “It’s very similar to the collision industry, in that you have all of these stakeholders who all have a critical piece of this puzzle.” Members include Ford, General Motors, Toyota, Volkswagen, and other OEMs; nonprofits such as Mothers Against Drunk Driving, the National Federation of the Blind, and the National Council on Aging; parts manufacturers; safety groups; and consumer advocates.

Andringa shared the results of a poll PAVE conducted last year with the Massachusetts Institute of Technology (MIT) and J.D. Power that shows the degree of consumer comfort with automated driving. Less than 20% of respondents said they would be comfortable with partial or full self-driving technology; among those whose cars do not have advanced driver assistance system (ADAS) features, the number was significantly lower. 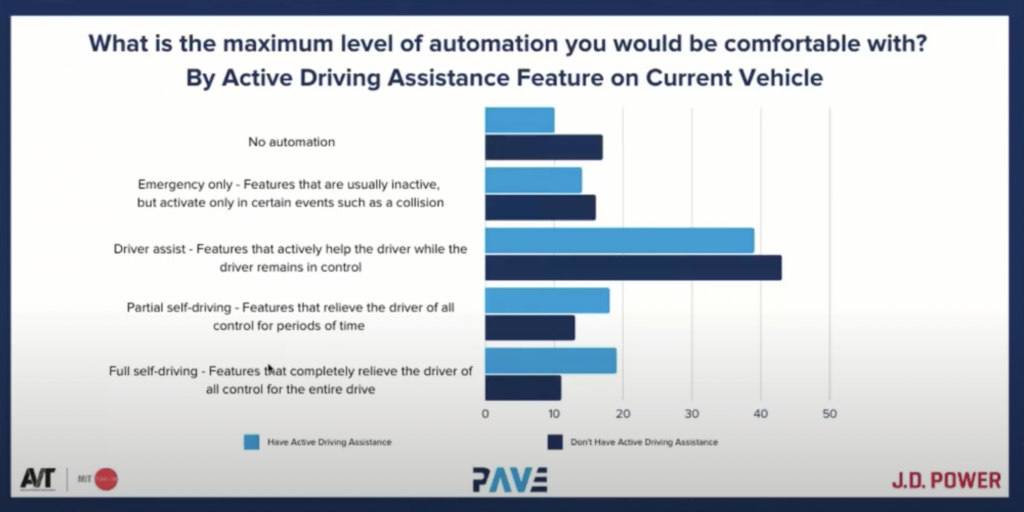 “When we’re looking at new technologies now, it’s important to keep in mind that not everyone thinks this is great,” she said. “Only about 10% of people who don’t have driving assistance features said they were comfortable with [full self-driving], and just shy of 20% even for the folks that did. So what we realize is, by and large, people aren’t sure about the technology.”

Andringa said AV advocates share the belief that the technology offers the potential to improve safety, mobility, equity, and sustainability of the transportation system. “It is not that… if we get autonomous vehicles that the world is going to be better. It’s that if we’re really thoughtful about this, if we bring in all these stakeholders and go about it a smart, constructive way, that technology has the potential to make our transportation system better.”

At the same time, advocates believe that public acceptance is critical for the technology to succeed. “Even if we have the greatest technology, if everyone says ‘I don’t trust it, I wouldn’t get in,’ it will never reach those potential benefits,” she said. “So how do we do that? And what our polls have found is that the two things that really move people are exposure and knowledge.”

PAVE has done “a lot of demonstration drives” with AVs, “and what we actually consider a huge victory is when people get out and say it felt just like riding in a car. It stopped when it was supposed to stop, it turned when it was supposed to turn… People sometimes say that it was kind of boring, it just felt like a car ride. But that’s the whole point. That’s building trust.” 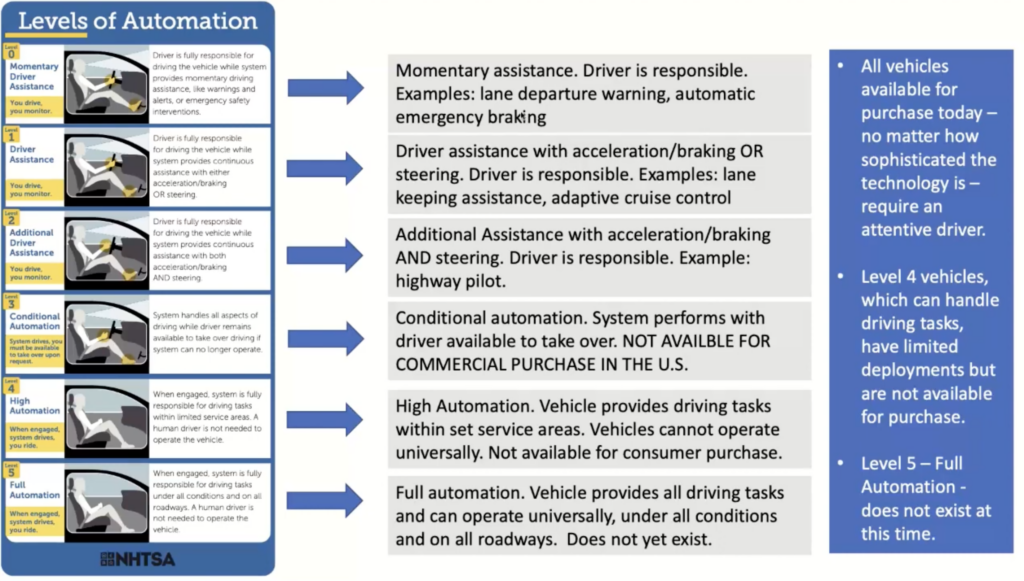 Andringa emphasized that Level 3 and higher technology, where the car rather than the driver, takes responsibility for driving is not currently available on any vehicle sold in the U.S.

“Level 3 is perhaps the most complicated one because it is conditional automation,” she said. “The system can really perform the driving task but the driver still has to be available to take over, and I think that that’s what can be really confusing to people.”

She described Level 4 as “high automation – the vehicle really does all of the driving tasks within set surface areas,” and under certain circumstances. At Level 5, a vehicle can operate autonomously, with no human oversight, on any driving surface, and under all circumstances.

There are L4 vehicles in “limited deployments” in cities such as Las Vegas, San Francisco, and Chandler, Arizona. In some cases, the public can ride in these vehicles, but they are not yet offered for purchase.

Andringa emphasized that all vehicles for sale today, “no matter how cool and sophisticated the technology is,” require an attentive driver who’s in control at all times. “Cool cars can do amazing things now that really do help both with consumer convenience and to keep our roads safer, but the driver is still in control, which is where a lot of crashes happen, unfortunately, with people misunderstanding that.”

As part of eliminating misunderstandings, PAVE is part of “Clearing the Confusion” – a coalition of organizations urging the adoption of standardized terminology for ADAS features. “There are so many different names that different manufacturers use for the same things – for example, I think it was automatic emergency braking that had 40 different names that were being used commercially, which makes it really difficult for consumers who are already confused [by the] new technology.”

Andringa pointed out that names used by OEMs for some of their features can be misleading. “I really don’t want to just pick on Tesla, but the names ‘Autopilot’ and ‘Full Self-Driving’ to a layperson can really suggest the car can drive itself…. When you go on their website, it says in small print, ‘the attention of drivers is required at all times.’ I think truthful marketing is really important.”

Responding to an audience member’s question, Andringa offered three websites where ADAS definitions and terminology are compared for all brands. One is PAVE’s website, pavecampaign.org. The second is the National Highway Traffic Safety Administration (NHTSA)’s, www.nhtsa.gov/ and the third is My Car Does What? at mycardoeswhat.org, which is provided through a partnership between the National Safety Institute and the University of Iowa.