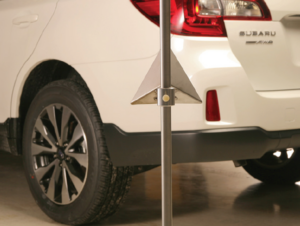 The Boston Globe has published an article advising consumers to make certain that their vehicles’ advanced driver assistance system (ADAS) components have been calibrated after repair, warning that many shops skip this “vital safety step.”

The article, by staff writer Hiawatha Bray, points out what all repairers know but consumers might not: Even a minor collision might result in a sensor being out of alignment, with potentially serious consequences for the driver and other motorists.

Still, “many repair shops don’t bother” to carry out calibrations, the Globe reported. “They lack the costly equipment, trained technicians, and even the floor space needed to calibrate safety sensors. And so thousands of ‘repaired’ cars are driving around with unreliable ADAS sensors that might not warn the driver of potential disaster.”

“I think the majority of the shops are definitely not doing it,” Kevin Gallerani, owner of Cape Auto Body in Plymouth and president of the Alliance of Automotive Service Providers of Massachusetts (AASP-MA), told the Globe. “I hate to say this. I’m probably going to get murdered for this article, but there needs to be a wakeup call.”

Gallerani tied the issue to Massachusetts’ lowest-in-the-nation $40 auto body labor rate, though the Globe mistakenly attributed that to a “Massachusetts insurance law” that does not exist. Gallerani said that “with pay scales so low, body shops can’t afford to install calibration gear and train their workers to use it,” the Globe reported.

The Globe also quoted another shop owner, Mike Johnson of Crown Collision Solutions in Bridgewater, on financial considerations: “The shops cannot keep up with the technology and invest enough time and money in their people and equipment. They’re in survival mode.”

The article cites data from CCC Intelligent Solutions showing that about 60% of passenger vehicles in the U.S. have at least one ADAS system on board, and that the number is increasing. Such “sophisticated systems” as blind-spot warnings, lane-keep assist, and adaptive headlamps, once found only on premium vehicles, are becoming standard equipment on all lines.

Chris Chesney, vice president of training at Repairify, told the Globe that the need for calibration can be triggered by something as simple as removing a bumper cover to replace a vehicle’s water pump.

ADAS-equipped cars “have radar transmitters under the bumpers, which must be checked for proper alignment,” the Globe said, while “other ADAS features, like steerable headlights, require recalibration every time the car undergoes a simple wheel alignment.” (In many cases, realignment is necessary prior to calibration, rather than the other way around.)

The article does not delve into the issue of reimbursement by insurers. According to a 2021 “Who Pays for What?” survey conducted by Mike Anderson of Collision Advice and the CRASH Network, 88% of insurers pay for ADAS calibration “always” or “most of the time.” The survey also found that most shops are billing for the work, with just 1.0% to 2.9% saying they never do, depending on the carrier.

“It is encouraging that most shops are getting reimbursed for this, but I am unsure of why it’s not 100 percent,” Anderson said in the survey, conducted in October 2021. “It is also critical that shops research what calibrations are required after a suspension alignment as this is an operation that we increasingly see.

“Also, even if a vehicle has a dynamic calibration, it may require a specific test drive to achieve the set conditions. The test drive would be a separate line-item operation,” Anderson said.

Shops may face a challenge in getting their bill paid in full, with online forums full of concerned posts about carrier denials restricting reimbursements for both in-house and sublet costs.

Some in the industry have noted that not all ADAS calibration work required by OEMs is being done by repair shops. During a December 2021 Collision Industry Electronic Commerce Association (CIECA) webinar, Nick Dominato, then Repairify’s senior vice president of product, said that only one in three 2020 vehicles that need a calibration were actually getting one.

Dominato encouraged shops to integrate OEM procedures into their workflow. “We’ve got a huge influx of vehicles being produced with emergency braking systems” and other ADAS technologies, he said, “and the collision industry is not ready for it. We’re not up to snuff yet, and it really does matter.”

Until calibration becomes universal, “owners of ADAS-equipped cars must look out for themselves, by asking technicians a simple question: ‘Do you calibrate?'” the article concludes.

Featured image: A radar reflector is used for aiming. (Provided by Subaru)