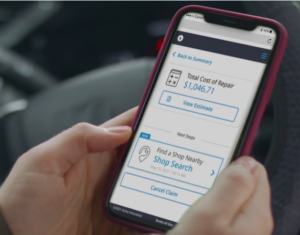 CCC Intelligent Solutions now has 14 clients for its AI-based estimating system, Estimate-STP, including seven of the 10 largest insurers, but volume levels are “still at a tiny fraction of the potential,” CEO Githesh Ramamurthy said during a recent third quarter earnings call.

Providing an update for analysts, Ramamurthy said the client base for Estimate-STP has grown by three since August, and now represents more than 50% of the industry claim volume. He said volume levels for the system are “growing quickly off that small base,” with the number of claims processed in September “several multiples” of the number processed in January. He did not provide numbers or identify the insurers.

Estimate-STP (“Straight-Through Processing”) was announced in April 2021, and became available in the second half of that year. Ramamurthy described it as “our AI-based system that can write line item insurance claim estimates from photographs with little to no human involvement based on carrier configuration.”

During a question-and-answer session with analysts, Ramamurthy was questioned about the pace of the system’s rollout. He said adoption of Estimate-STP has been limited not by technology, but by the approach taken by insurers.

“When we started rolling out Estimate-STP, people started testing Estimate-STP in a handful of geographies… one state, maybe two states, maybe three states,” he said. “…[W]hat we are now seeing is clients are going from one or two or three states to in some instances …all 50 states, and that volumes are still very tiny.

“As we tune the models, as we add more customers and people are rolling out in more states, we see tremendous opportunities for Estimate-STP to continue to roll out across our client base,” he said.

“There is zero need to actually go state by state,” Ramamurthy said. “It is more in terms of tuning. There are literally hundreds and hundreds of parameters from an AI standpoint that have to be tuned. And every carrier has unique needs in terms of how we would like to do the tuning and we work with them on the unique tuning.

“So, once you plug it in, we can literally roll this out across our entire platform across all our geographies. So, it’s not a technology issue. It is not a training issue. It’s relatively quick.”

He said insurers are finding that the system increases the speed of claims handling and reduces complexity while saving the expense of sending a staff member to examine a damaged vehicle, which he said could be as high as $200. The increased speed improves the customer experience as well, he said.

Ramamurthy said the system is part of CCC’s broader view of straight-through processing that “basically starts all the way from the consumer, all the way through settlement and takes advantage of the network of customers we have across insurers, repairs, [and] parts providers.” He said the company is working “at design levels” with many of its customers on this more comprehensive approach.

The ability to demonstrate the capabilities of Estimate-STP, he said, “gives our customers a lot of confidence.” He said CCC is “excited about what it can do for our clients, and we also believe very strongly this will be a revenue driver for us.”

Ramamurthy’s optimistic projections contrast with CCC rival Mitchell’s assessment of the automation of the auto claims process, which it said is “not as close to complete as the industry once thought.”

In its recent 2022 Annual Trends Report, Mitchell’s parent company, Enlyte, says that “manual appraisals and human judgment remain key to the estimating process,” and that full automation should be considered “a long-term goal.”

Chapter 4 of the report, written by Olivier Baudoux, Mitchell’s senior vice president for global product strategy and artificial intelligence, notes that while 97% of auto insurers surveyed acknowledge the value of straight-through processing, only 10% are making significant use of the technology, and less than 25% of global organizations have developed an enterprise-wide AI strategy.

As AI’s shortcomings became evident, “claims automation sentiment went from hopeful to hopeless,” the report said, with many organizations scaling back their STP investments from operational objectives to research and development projects. “They lost faith in touchless estimating and, instead, began to focus on more straightforward and realistic use cases for AI—such as triaging a claim or simply reviewing an already-written estimate (including for subrogation).”