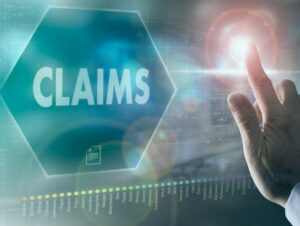 Several adjusters recently told Florida’s House Commerce Committee that insurance carriers changed their estimates on damaged houses, which the committee chairman said should be investigated by the state attorney general since that’s an accusation of fraud.

While the committee was dealing with an insurance crisis reform bill that specifically covers residential and commercial property insurance, the utilization of independent adjusting firms is not atypical in automotive claims either.

Independent Appraisal firms are widely used to settle collision repair claims as well. In March, a North Carolina collision center’s complaint to the state’s Department of Insurance resulted in forcing the insurance carrier to agree with an independent appraiser’s repair estimate after finding out from the appraiser that the insurance company disputed the estimated amount from the Independent, and amended it under his license number before sending it on to the shop.

“The insurance companies were directing file reviewers to change my estimates to repair the roofs rather than replace a totaled roof,” said Ben Mandell, a licensed all-lines adjuster. “However, the insurer was leaving my name on the estimates in a fraudulent effort to make it appear that I had written this bogus estimate, which defrauded the policyholders out of their proper claim payments.”

The Insurance Journal reports that Rep. Bob Rommel met with the adjusters in his office after the hearing and two of them said they presented the chairman with evidence – copies of reports that they said had been altered by insurance companies.

And it isn’t just a problem in Florida, according to adjusters who work in Louisiana and Texas.

Another adjuster who works part-time in Louisiana also said that he has witnessed the practice numerous times in both states, with insurers redacting whole sections of his reports and leaving out thousands of dollars of needed repairs.

“I also witnessed the estimates being changed this year and the problem with that is they’re leaving our name on the estimates when they send them to the policyholders, they’re under the impression that that’s a legitimate estimate from the findings that we found there and it’s not there,” said Louisiana-based adjuster Mark Vinson. “They’ve redacted a lot of stuff out of it.”

Texas-based adjuster Jordan Lee said photographic evidence of damages as well as documents he submitted with claims, including dollar amounts, have been deleted.

“It is my opinion that both the carriers and the adjusting firms are committing fraud by taking my estimates as well as other adjusters’ estimates and manipulating them to reduce policyholder payouts on multiple occasions… then sent those manipulated documents to the policyholders, drastically reducing their payouts with my name on it; not anybody else’s name,” Lee said.

Two lawsuits, one dismissed and the other pending, have been filed over the issue in Florida. The first was brought by SFR Services, a south Florida restoration firm, that claimed to have text messages from United Property & Casualty Insurance personnel that “instructed field adjusters to avoid estimating wind damages altogether, to downplay damage estimates in hundreds of claims, or to add false information,” according to the Insurance Journal.

That suit was dismissed in October by a federal judge who said it’s up to states to regulate the insurance business. A similar suit is pending in state court in Martin County.

Mandell and Vinson are now working with attorney Steven Bush who told the Insurance Journal he plans to file a class-action lawsuit against property insurers over the allegedly altered adjuster reports. Bush said 21 independent adjusters have come to him and are expected to be part of the lawsuit. Criminal charges may also result, the adjusters told the Insurance Journal.