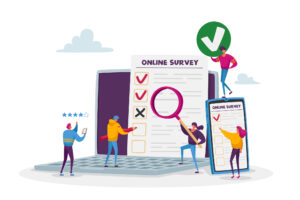 For the first time, a “Who Pays for What?” survey, conducted by Mike Anderson of Collision Advice in conjunction with CRASH Network, has asked shops about their billing practices and insurers’ payment practices related to vehicle safety inspections — procedures most automakers call for following all or certain types of collisions.

Among the more than 400 shops responding to that survey question in the fall of 2022, nearly 2 in 5 said they had never billed for the work. Among those who have, 38% said they are paid for it “always” or “most of the time” by the eight largest national auto insurers. About an equal percentage said they have been paid at least “some of the time.”

Examples of safety inspections include measuring the steering column, inspecting the dash carrier, and inspecting SRS sensors. As for an OEM example, General Motors requires a seat belt inspection “after any collision” and has a four-page list of additional steps shops may need to take any time that damage “exceeds minor outer body panel cosmetic distortion.”

Of the shops surveyed, USAA and Progressive are the top two insurers to always pay for the inspections followed by GEICO, Nationwide, and State Farm.

Anderson, who has conducted the “Who Pays” surveys with CRASH Network since 2015, said the safety inspections have become a real friction point between shops and insurers.

“My heart bleeds for shops,” Anderson said in a news release. “There are some out there really trying to do the right thing by doing these safety inspections but they’re getting stuck in the middle.”

He said an insurer’s refusal to pay for the work the inspections entail doesn’t remove a shop from liability based on its failure to conduct them. Anderson also thinks insurance companies need to recognize the tough position they’re putting shops in when they refuse to pay for necessary inspections.

“It’s not fair, and it’s not right, for the shop or the consumer,” he said. “Insurers need to step up and be part of the solution to this issue, not add to it.”

A second new question included in the latest survey concerns in-process scans. Of those that negotiate for it, 36% are paid “always” or “most of the time.”

USAA, Progressive, and Nationwide always pay for the scans more than 20% of the time, according to respondents.

“I have learned that this is an absolutely necessary process, and just as important as a pre- and post-repair scan,” Anderson wrote. “Some vehicle features or options may be turned off or placed in fail-safe mode due to the disassembly of the vehicle or removal and reinstallation of a component, or due to lost communication DTCs that are set. If I don’t address that before I do my test drive, it could generate another DTC to tell me there was a problem because it was turned off, or I may not be able to properly do a calibration if it’s turned off.”

“It is amazing and concerning to me that as we are working on newer and newer vehicles that this is not done and paid for 100% of the time,” Anderson wrote in the survey results. “Collision repairers need to wake up to the fact that this is needed, and that it is impossible to write an accurate estimate or repair plan without doing so — to diagnose what a vehicle needs such as seat belts or other required parts and labor.

“One of the things that I learned recently is that on some vehicles, an ADAS component (such as adaptive cruise control) can be out of spec (the horizontal or vertical alignment values for the radar, for example) without triggering a diagnostic trouble code. Therefore, it is important that collision repairers understand how to use an OEM diagnostic scan tool when required to verify the values of ADAS components. In addition, a vehicle may not have been driven enough to achieve the ‘set conditions’ to trigger a DTC. Set conditions may include a specific speed, distance, driving pattern, etc.”

Of those who negotiate for payment of post-repair scans, 91% said they’re always paid or paid most of the time. Nationwide, Progressive, Farmers, Liberty Mutual, and USAA always pay more than 70% of the time, according to respondents.

“…the post-repair scan has to be done to ensure all the safety and comfort features of the vehicle are working properly,” Anderson wrote. “There is no dash warning light, for example, that tells you the Bluetooth feature isn’t working. There may be no dash light for blind-spot monitoring or adaptive cruise control. So, I look forward to the day when post-repair scans are being paid 100 percent. It is critical to perform a test drive (action test, drive cycle, etc.) to achieve the set conditions BEFORE performing a post-repair scan.

“Whether scanning is done in-house or through a sublet service, I encourage shops to capture the ‘freeze frame’ or ‘snapshot’ data (which shows when trouble codes were set, or how many times the keys have been turned on/off since the code was set) as documentation to substantiate the line item(s) on the estimate or invoice.”

Only 14% of respondents who negotiate for OEM repair information research payment said they’re always paid or paid most of the time. USAA, Progressive, and State Farm are the top three insurers who always pay but that’s only 7% to about 9% of the time, according to respondents.

The first “Who Pays for What?” survey of 2023, which can be completed in about 15 minutes, is now open through the month of January. It focuses on not-included refinish labor operations. Survey participants receive a free report with complete survey findings as well as analysis and resources to help shops better understand and use the information presented.

Results of previous surveys are also available online at www.crashnetwork.com/collisionadvice.

All graphics pulled from fall 2022 “Who Pays for What?” survey results (Credit: Collision Advice and CRASH Network)

Latest “Who Pays for What?” survey finds largest jump in coverage to be PII clearing