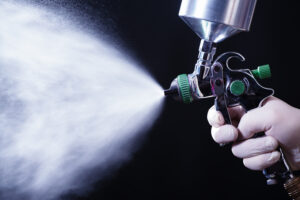 Demand for auto refinishing is on the rebound following a three-year slump, PPG Industries executives said while announcing the company’s fourth-quarter earnings.

As supply chain disruptions began to moderate, PPG’s sales got a bump from its refinishing business, which delivered more than 2,000 net new body shop wins throughout the year with most being in the U.S.

“The challenges were many, including unprecedented cost inflation, unexpected geopolitical issues in Europe, disruptive and unpredictable shutdowns in China, strong appreciation of the U.S. dollar, and rapid escalation in interest rates in the United States. Though all of these factors impacted our sales and margin performance, the PPG team responded to these challenges, including rapidly implementing real-time selling price increases that, by early 2023, will offset all cumulative cost inflation incurred since early 2021.”

Paint has also become more expensive to produce because of a spike in the price of petroleum, which is used to make it. Paints and coatings costs are up about 24 percent since March 2020, experts say.

PPG chief executive Michael McGarry said inflation coupled with bolstered demand has been a challenge for the company and prompted it to raise its prices.

Improved productivity has helped PPG offset some recent challenges while giving it a competitive edge as well, Knavish said.

“Change is only as strong as its weakest link,” Knavish said.  “And so, every link on the refinish body shop throughput has to be strong in order to really drive what’s most important to the body shop owner. And that’s what they call key-to-key time, from the time you take the vehicle owner’s keys until the time you hand those keys back to the vehicle owner.”

The average length of car rental, which is correlated to the time it takes to repair a vehicle, is up by nearly one-third since 2020, according to Enterprise.

“Efficiency wins alone are unfortunately not sufficient to offset our increased costs, and accordingly further price adjustments are now necessary,” the memo said.

Meanwhile the average length of car rental is up by nearly one-third since 2020, according to Enterprise.

The auto refinish coating market took a dip  in 2020 and 2021 because of the COVID-19 pandemic, but largely rebounded by mid-2021. As more cars returned to the road, the chance of collisions requiring body work rose.

Although PPG’s refinishing sales are growing, they remain about 10 percent down from 2019 levels. Experts have attributed an overall slump in the auto refinish market to the challenge of hiring and retaining skilled workers.

The double-whammy of more expensive materials and higher labor costs have presented challenges for repairers.

Another contributor is the dip in new auto production, which has been at recession levels for the past three years, Knavish said.

“We’re not seeing any tone change in the businesses sequentially,” Vince Morales said during the conference call. “[We’ve seen a] good strong pace of recovery in aerospace; a solid, consistent growth in refinish; auto OEM generally consistent quarter-over-quarter, starting to recover in Europe.”

Executives are hoping to see profits rise through the new year as market conditions stabilize, with Morales predicting the company will be caught up on its inflation price gap within “weeks, not even months.”