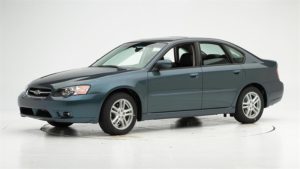 Subaru last week revised its scanning position statement to declare pre- and post-repair diagnostic checks mandatory on all vehicles dating back to the 2004 model year.

“For Subaru vehicles from model year 2004 and forward involved in a collision, Subaru collision repair procedure requires that pre-repair scanning be performed,” Subaru wrote. “Pre-scanning will reveal DTCs for items that are not functioning properly in the vehicle. It allows a shop to identify any issues early in the estimate process, allowing a more complete estimate and encompassing repair process.

“Additionally, Subaru collision repair procedure also requires that post-repair scanning be performed on these vehicles. Post scanning is critical in ensuring the malfunctioning items have been repaired and there are no remaining DTCs. It may also assist in assuring the appropriate calibrations and reinitializations have been performed.”

Subaru’s revised statement still “recommends” shops use its Subaru SSM4 diagnostic tool for all scans. If the shop lacks this device, Subaru “recommends” the repairer use an asTech, which “performs a diagnostic scan remotely using a genuine Subaru scan tool.”

“Subaru decided to change the language on our scanning position statement because we wanted to reinforce our belief in the importance of evaluating a vehicle after a collision,” Subaru national wholesale parts manager John Lancaster wrote in an email. “Not doing so can have a direct effect on how that vehicle operates putting the safety of the customer at risk. We received some feedback that our position was not totally clear, we wanted to change that.

As Subaru’s position indicates, its vehicles have featured scanworthy electronics for more than a decade — years longer than the age of the average repairable vehicle (5.9 years, according to CCC data) or total loss (9.73 years, if you throw out hurricane totals).

Subarus also have featured even more advanced electronics for several years. The OEM announced Tuesday it had sold a million vehicle with a version of the advanced driver assistance suite EyeSight since the technology debuted in 2012. In May 2017, it issued a position statement declaring EyeSight calibration “required after the windshield is replaced. Always perform the ‘Inspection’ and ‘Adjustment and check’ of the stereo camera after windshield glass replacement.” (It’s likely the tech has to be required in other situations as well; consult the OEM repair procedures.)

We asked Lancaster if shops should read “recommended” as “required” in other position statements, such as in its EyeSight declaration.

“If windshield replacement is necessary for a Subaru vehicle equipped with EyeSight, we strongly recommend that Subaru genuine windshield glass specially designed for EyeSight always be used,” Subaru wrote.

“We use the term ‘strongly recommend’  in the eyesight position statement because this is a choice of what type of part type to use on the vehicle and not how it should be repaired,” Lancaster wrote. “We can only speak to our genuine replacement eyesight windshields because of the development to make them work correctly with the eyesight system.”

On a practical basis, an OEM “recommendation” and “requirement” are synonymous. I-CAR repeatedly has stated at least as far back as 2013 that OEM repair procedures take precedence over anything “I-CAR says” — or that you think “I-CAR says.”

“Those are not ‘recommendations,’” I-CAR industry technical relations director Jason Bartanen said at NACE 2017. “Those are service specifications.”

OEM procedures “should not be adjusted,” he said.

And realistically, a customer — and possibly a jury — would be appalled to hear that their repairer is ignoring the directives of the guys who built the car.

Collision repair attorney Erica Eversman in 2017 warned shops that the idea that an OEM “recommendation” is merely a suggestion is incorrect.

“Consider it a requirement whether they’ve used that word or not,” Eversman (Vehicle Information Services) said during a 2017 “Repair University Live.”

If there’s anyone who knows how to correctly fix the vehicle, it’d be the automaker, Eversman said.

“If you don’t follow what the OEM tells you to do, you’re going to end up in a lot of trouble” should another collision occur, she said.

“That’s just not the place you ever want to be,” Eversman said.

OEMs call it a recommendation for “legal reasons,” Eversman said. In a May 2017 interview with Repairer Driven News, she explained that it has to do with the Magnusson-Moss Warranty Act; calling them requirements would force the OEMs into various warranty obligations under the law.

“When you read it (‘recommendation’)… you should read that as ‘requirement,’” she said.

Featured image: This 2005 Subaru Legacy and all Subarus from the 2004 model year going forward must have a pre- and post-repair scan, Subaru said Oct. 18, 2018. (Provided by Insurance Institute for Highway Safety)