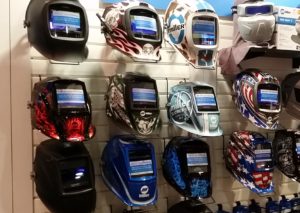 CCC’s 2018 estimate databases revealed fewer than 1 percent of all repairable vehicle appraisals contained a manual entry for a destructive test weld despite the procedure often being required.

“The growing number of materials being used in vehicle construction and the numerous ways they are being combined, makes repair operations like welding more challenging, as a proper weld involves the correct type of welder, at the correct settings, with the correct wire, and the correct gas mixture,” CCC wrote in the 2019 “Crash Course,” which published the test weld data. “More and more OE’s are recommending destructive test welds be performed — an operation considered a non-included operation within the estimating systems — but their importance is key, as a failure to adjust the welder to the correct settings can result in an insufficient weld or weakened metal.”

Bill Montville of Pro Spot distributor Collision Correction Equipment explained last year at one of Olson’s classes that a computer declaring a weld OK merely had checked to see if the necessary amperage was delivered. That didn’t mean the weld would hold, according to Olson. The correct amperage applied through a mushroomed tip would produce a weaker weld, he said.

Olson, whose company inspects and educates shops, has called the absence of test welds one of the huge red flags that a shop is compromising repair quality. (“These will put you out of business,” Olson said.)

Collision Advice CEO Mike Anderson in 2018 said every OEM he works with requires the test welds. The comments came during a webinar that highlighted how FCA demands the procedure. An earlier Anderson webinar pointed out a similar requirement for Toyota.

CCC’s “Crash Course” pointed out that more than 1 percent of the industry might be performing test welds — they just weren’t including them on an estimate.

“That’s the hope, right?” lead author Susanna Gotsch, a CCC analyst and director, said during an interview earlier this month.

More than 60 percent of the hundreds of repairers completing Anderson and CRASH Network’s July 2018 “Who Pays For What” study reported never asking eight of the nation’s largest insurers to pay them for the work. CCC highlighted this data as well in the “Crash Course” discussion.

The voluntary nature of the Collision Advice-CRASH Network study raises the possibility that it’s capturing more informed repairers. CCC’s data covers a much wider swatch of the industry.

So OEMs, insurers and customers shouldn’t discount the possibility that many shops just aren’t test welding at all, and Gotsch agreed that some shops’ welders probably weren’t doing it. Perhaps they felt the tests were unnecessary because of overconfidence in their ability or a sense that their shop’s vehicle mix wasn’t new enough to warrant the tests, she said.

The average repairable vehicle in 2018 was just 5.9 years old, according to CCC. The average totaled car was just 9.66 years old.

So a shop’s notion that its customers’ cars are too old for test welds is probably a fallacy. FCA, for example, has required such test welds for more than a decade at least. A 2006 Weld Bonding Guide back when the company was still DaimlerChrysler contains similar destructive testing instructions to the body repair manual for the advanced mixed-material 2017 Pacifica — including applying adhesive for STRSW test welds.

As far as the belief that “I can do it right,” are you willing to bet the shop on that? Is your boss?

Though low percentages for test welds raises questions about the industry’s structural repair quality, shops do at least seem to be measuring vehicles. (Like scanning, it’s another item which ought to be done on virtually every repair.)

Gotsch said she hadn’t formally studied measuring’s presence on estimates, but “that one is pretty common.”

The “Who Pays?” study found that shops who did bill for test welding were more successful in collecting.

“This summer, more than 1 in 4 shops – 27 percent – reporting being paid to set-up and perform destructive test welds ‘always’ or ‘most of the time’ by the eight largest national insurers,” Anderson said in a statement lest year. “That’s more than twice the percentage – just 12 percent – who found that to be true back in 2015 when we started the surveys.”

Collision Advice CEO Mike Anderson on Oct. 3, 2018, celebrated July “Who Pays for What?” data showing the percentage of collision repairers reporting frequent success being paid for test welds had more than doubled since 2015. (Provided by Collision Advice and CRASH Network)