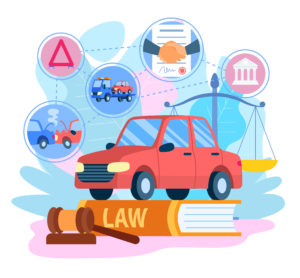 The Automotive Body Parts Association in a news release May 1 said it was “concerned” about OEM repair procedure bills “that are tying in the exclusive use of OE Parts.”

LKQ government affairs representative Ray Colas criticized the legislation at the recent 2019 ABPA Convention, CRASH Network reported earlier this month. Colas also called it “hypocritical” of repairers to pursue such bills if they weren’t bound to follow those procedures, the news outlet said.

“Our position is, as creative as they are, with utilizing this mechanism to restrict the use of aftermarket parts, why don’t they use that same level of creativity to get paid [for following OEM procedures],” Colas said, according to CRASH Network. He said nothing prevents a body shop from acting in accordance with repair procedures, CRASH Network reported.

Colas also said OEMs were pushing the legislation so they could sell the new parts specified in their position statements. “So this is about money, about profits. That is ultimately what it’s about,” he said of the automakers, according to CRASH Network.

Asked about the comments, Colas issued the following statement clarifying his views:

“LKQ supports (repairers’) use of OEM repair procedures to conduct a proper repair for the motoring public. LKQ also believes that a repairer which follows those repair procedures should be properly compensated. What LKQ does not support is limiting consumer choice whether that be by requiring specific tooling or parts type use for motor vehicle repairs.” (Emphasis Colas’.)

He didn’t reply to a request to explain the tooling reference.

“Though noble intentions were behind their origination, we are seeing an increase in the addition of anti-aftermarket language that is not only detrimental to an important segment in the collision repair chain, they will also affect the American consumer,” the ABPA wrote in a news release May 1.

The ABPA wrote in the news release the bills were “tying in the exclusive use of OE Parts. …

“Automobile manufacturers are becoming more assertive in their efforts to eliminate the aftermarket collision repair industry through their use of repair procedures and position statements. These self-serving methods claim that only OE parts can be part of the official repair procedure.”

However, the Alliance of Automobile Manufacturers has supported amendments excluding parts from the bills.

One example could be found in Connecticut House Bill 7622.

“Based on our advocacy for this issue in other states, I am aware that some will argue that automaker interest in this issue is only to sell more genuine OEM parts,” Auto Alliance state government affairs senior director Wayne Weikel’s March 7 written testimony to the House Insurance and Real Estate Committee states.

“ … While Alliance members absolutely believe all consumers would be best served by using genuine OEM parts on their vehicle – parts which have been designed and tested in the same manner as the original parts on the vehicle – that is not our fight on this bill.  This legislation is about safe and proper repair of all vehicles after a collision.  To show that our intentions on this are true, I have attached to this testimony a proposed amendment, which would stipulate that, regardless of any language contained in an OEM repair procedure to the contrary, the use of replacement parts in an insurance-funded repair shall be governed by solely by Connecticut’s existing law on the subject, Chapter 700, Section 38a – 355.” (Emphasis his.)

“To be clear, ASA does not support the use of OEM parts only,” ASA lobbyist Robert Redding Jr. wrote in a Jan. 28 letter to the committee’s head. “ASA’s interest is in requiring the industry to adhere to a set of repair procedures that assure the best opportunity for vehicle safety on our highways. …

We asked ABPA Executive Director Ed Salamy if the organization felt any of the bills containing a parts exemption adequately protected his members’ parts but have not yet received a response.

“LKQ ARGUES SHOPS SHOULD USE CREATIVITY, NOT LEGISLATION TO GET PAID”