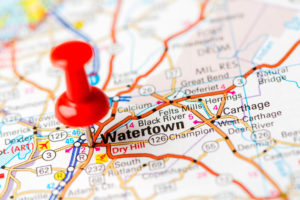 A 2005 Watertown, N.Y., City Court case cited in an Oregon vehicle owner’s Ninth Circuit appeal “appears to be the only published decision specifically addressing diagnostic scans of modern cars,” according to the brief.

“There, the court held that a repair shop breached its duty of reasonable care by failing to inform the plaintiff about the importance of performing diagnostic scans,” counsel in Hansen v. GEICO wrote in 2018 regarding last decade’s Grooms v. Davidson Chevrolet Oldsmobile Cadillac. “The court reasoned, ‘It is no longer possible for a mechanic to fully perform his job without the use of a computer diagnostic scan.’

GEICO called Grooms irrelevant to the case at hand, which involves consumer Leif Hansen suing GEICO over its refusal to pay to scan his 2017 GMC 3500 during a 2017 collision repair. A lower federal court agreed with GEICO that a scan wasn’t actual damage to the vehicle covered by Hansen’s policy, prompting an appeal to the Ninth Circuit in 2018.

“To the extent Grooms is authority at all, it is inapplicable here,” GEICO wrote. “… Importantly, however, Grooms says nothing about any insurer’s obligations or duties, any policy language, or any requirement to actually provide a scan.”

Whether that’s true or not is up to the Ninth Circuit. Cases in other jurisidictions aren’t binding, but can be used to persuade a judge if relevant case law doesn’t exist for your region.

For this reason, we thought we’d draw attention to the measure, which regardless of the Hansen outcome does offer some interesting lessons for collision repairers, consumers and insurers, particularly in New York.

Colleen Grooms took her 1997 Chevrolet 1500 to Davidson Chevrolet Oldsmobile Cadillac in October 2003 for some work on the vehicle’s antilock brake system. The service engine light came on twice following that repair but had been dark for a couple of weeks and the car “running fine” prior to her return visit in November 2003.

The dealership recommended a front end alignment and had proposed a $79.10 diagnostic scan.

According to the Watertown City Court:

After the service manager told her the computer diagnostic scan would cost $79.10, he said that she spent 20 minutes deliberating and ultimately decided not to pay for the test. The service manager testified that because “the light had gone off and the vehicle was running fine . . . she declined to have it done so I crossed the scan off . . . the list of things to do” on the repair order sent to the mechanic. After the service performed at the second appointment, the plaintiff continued to have problems with her vehicle.

The opinion doesn’t describe the issues the 1500 continued to experience. Grooms continued driving the truck and took it to other repairers. Eventually, she sued the dealership for its failure to tell her about the problem indicated by the dash light.

The court ruled the shop shouldn’t have skipped the scan without informing Grooms about what the diagnostic could have discovered.

“It is no longer possible for a mechanic to fully perform his job without the use of a computer diagnostic scan,” the city court wrote. “However, in a situation where the diagnostic scan is not available to him without incurring an additional cost to the customer, it is enough that the customer be informed of what the diagnostic scan could uncover. If the customer is aware that a computer scan is necessary for full diagnosis and then chooses not to pay for the test, no negligence would follow if a problem with the vehicle was missed because reasonable care in the profession would have been used.

“In this case, however, the plaintiff was not told that the scan could tell the mechanic why her ‘service engine’ light had been lit several weeks before. By not giving her that information, she was unable to make an informed decision about whether or not to pay for the diagnostic scan. The service manager testified that she was unsure whether or not to pay for the diagnostic scan, and that she spent 20 minutes deliberating before deciding not to have the test run. This demonstrated that she was not informed of the importance of the diagnostic scan to the mechanic’s ability to fully diagnose any vehicle problems. A missed diagnosis at that point would be negligent, because the standard of care for the profession would not have been met.”

While Watertown City Court found the Davidson dealership negligent, it refused to award Grooms the $5,000 she sought in damages. It cited her failure to give the dealership a chance to fix the 1500 and the fact she kept driving the truck anyway.

“Her continued driving of the vehicle, for several months and several thousand miles, relieved the defendant of liability by breaking the chain of causation, as any missed diagnosis by the defendant on November 6, 2003 cannot be said to be the proximate cause of any of the plaintiff’s damages,” the court ruled.

Lessons for the industry

A few items stand out in this case.

Timing: This case involved an incident 16 years ago and was settled 14 years ago. The Chevy 1500 in question is 22 years old. The Watertown court already reasoned then that vehicles are highly technical. So for folks in 2019 to continue hemming and hawing and nitpicking about when vehicles need scans is really pretty ridiculous.

“The computer has become an integral part of modern automobile engines as every new vehicle now comes equipped with one onboard,” the court wrote in 2005. “In the past, a road test or look under the hood might have been sufficient for a mechanic to reasonably diagnose any problems. However, mechanics today are increasingly reliant on the vehicle’s computer for diagnostic information as part of their overall assessment of the problem. In Mennella, the defendant had used a micrometer, trade manuals, and his years of experience when dealing with an engine from the 1950s. That was found sufficient by the court to show that he had acted reasonably according to the standards of his profession, and thus was not negligent. However, at least part of that finding was based upon the fact that it was a very early engine model. Had it been newer, the court suggested that the situation might have been different.

“As technology evolves, so too does the standard of care that must be shown by a professional in a trade. Like the micrometer used by the defendant in Mennella to allow him to make an informed professional decision, the computer today is a tool to allow a mechanic to make an informed professional diagnosis. Because the computer scan can reveal problems that would not otherwise be discoverable, modern automobile mechanics cannot provide the “reasonable care and competence owed generally by practitioners in the particular trade or profession” without at least notifying a customer of the possibility of the diagnostic scan uncovering additional problems with their vehicle. Like an X ray sent for by a doctor to look beneath the surface for a possible broken bone, the computer diagnostic scan is necessary to fully determine what is wrong with a vehicle.”

Educating the consumer: The court here would have given the dealership a pass if it educated Grooms on why a scan was important before it opted not to do one at her behest. Skipping repair procedures, using questionable parts or cutting corners on work because the insurer is being a pain could come back and haunt a shop that hadn’t told a consumer it was doing so and what the risks were. Remember, the customer is the one who owes you for the work and makes the decisions for their own vehicle.

“In this case, the computer diagnostic test was an essential part of determining what was wrong with the vehicle in the investigation stage. The failure to inform the customer of the importance of the scan to that process prevented the use of the proper standard of care by the mechanic. This is because the mechanic testified that he would have used the diagnostic scan to retrieve the history code to determine why the ‘service engine soon’ light had come on, if the customer had approved the expense of the scan,” the court wrote. “Requiring separate approval of the diagnostic scan would have been fine, had the customer been informed that it was required in order to ensure her problem was adequately diagnosed. The skipping of that step as a result of the service department’s policy was just as negligent as if the mechanic had chosen to skip it himself, unless the consumer was informed that the step was essential to the service work and then knowingly declined to approve it due to the added cost.

“Specifically, the service manager failed to inform the plaintiff that the information concerning why her “service engine soon” light had been activated by the engine’s computer could have been answered by a diagnostic scan for the history code. She deliberated for 20 minutes with him about whether to spend $79.10 for a scan—in light of the fact the warning had gone off and the engine appeared to be functioning without any problems—without knowing that the scan could tell why the light had come on weeks earlier because he had not told her. This omission resulted in her decision not to spend money on the scan. Because this court finds it was his duty to inform her of that, the failure to do so was nonfeasance on the service manager’s part.”

Cost: It’s also interesting to look at the Watertown, N.Y., dealership’s pricing for a scan back in 2003: $79.10. The court doesn’t say what labor this would have entailed. But here’s a little food for thought:

CCC reported an average scanning fee and/or labor line item charge of $90 in 2017. Analyst and director Susanna Gotsch noted that some of the estimate lines used in CCC’s calculation lumped in both a pre- and post- in a single charge, while others didn’t. (This means a complete repair theoretically could be more like $180 in scanning costs — $90 pre-, $90 post-.)

Watertown, N.Y., is shown on a map. (yorkfoto/iStock)

A 1988-98 Chevrolet C/K truck from the same design generation as the vehicle in the Grooms v. Davidson scanning case. (Provided by Chevrolet)