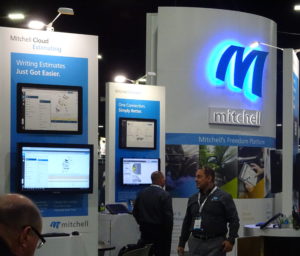 The California Bureau of Automotive Repair last year retooled its regulations to emphasize that body shops shouldn’t be identifying parts with nebulous terms like “Opt-OE.”

The BAR had seen a trend of parts being labeled with vague terms like “LKQ” or “Alt-OE.” Bowden said such a label “does not meet the requirement” of telling customers what kind of parts are actually being installed.

That kind of terminology would also be an unfair claims settlement practice, California Department of Insurance general counsel and Deputy Commissioner Kenneth Schnoll wrote in October 2018 to the California Autobody Assocation, which had sought a legal opinion on the behavior.

“We removed the ability to show parts labeled as variations of OE (Opt OE, OE Surplus, etc.) from UltraMate printed estimates in order to be compliant with the BAR – and our modifications were reviewed with BAR representatives,” Mitchell repair sales and service Vice President Jack Rozint wrote in an email Wednesday.

” … We continue to work with the BAR, CIECA, CIC, and our customers to come up with mutually agreeable, standardized methods to refer to parts depending on the purchase channel, discounts, sources, and warranties.”

Despite the BAR and CDI nixing “Opt-OE” terms in one of the nation’s biggest markets, CCC said it hadn’t stripped out such parts categories.

“CCC has no current plans to change the available part type designations within its system,” CCC wrote in an email Monday. “The use of any part on a given estimate remains up to the individual estimator.”

We put a similar question to Audatex, but while a representative did initially reach out asking for more details about the inquiry, we received no response under the timeline we provided. Continue to check Repairer Driven News for updates.

The “OEM Discount,” or “OEMD” category remains in Mitchell UltraMate.

“If you use the drop down on a line to change the part type to OEMD, the part # and part price will be blanked out (allowing the user to manually enter those) and the line will be designated with an asterisk (*), indicating a judgement by the user,” Rozint wrote. “As an OEM Discount part is by definition an OEM part, it prints on the estimate as OEM.”

Rozint said the system will also classify a vendor into OEMD or one of the other parts categories based upon how it has described itself to Mitchell.

Mitchell’s system will automatically classify vendors like Elite based on how they’ve described themselves to the estimating service, Rozint explained. Rozint said the software will add symbols like the “^^” and OEMD in that process.

California-based Elite Euro Parts partner Mark Asad said he hadn’t heard of the new formatting. He said Elite had submitted its parts and prices list to Mitchell three years ago and hadn’t updated it since hearing of the state’s position. (The agency also addressed the subject in 2016.)

“We haven’t submitted anything after that,” Asad said.

Asad said his company provided the original invoices from dealerships with its parts, demonstrating their provenance.

The state of California currently defines an OEM part warrantied by a third party as OEM — though this might change down the road.

The BAR is examining tightening up the definition of “OEM crash part” to exclude parts not recognized by the automaker or sold through the official authorized channel. It also might add “bonded glass” to the category of “crash part.”

The Mitchell booth at NACE 2018 is shown. (andriano_cz/iStock)

Elite Euro Parts said the “^^” and renaming of the company to “ELITE EURO PARTS OEMD” in this insurance-provided estimate wasn’t its doing. (Mitchell screenshots)