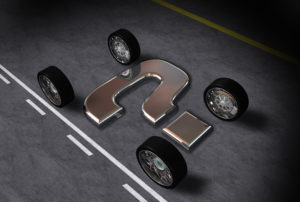 An interesting new wrinkle on the hot topic of parts categories arose recently when an importer agreed to accept a lifetime ban on using the term “Opt OE” for foreign Hyundai parts.

“Especially in the context of collision parts, we are seeing clever ways of deceiving customers and body shops by companies that describe their non-genuine parts as ‘optional OE’ or ‘OEM surplus,’” Hyundai Motor America Chief Customer Officer Barry Ratzlaff said in a statement Feb. 26. “If the deal looks too good to be true, it is probably an indication to look carefully at whether the parts are truly Hyundai Genuine Parts sold by an authorized Hyundai dealer and backed by Hyundai in the U.S.”

Under the deal approved Feb. 25, to end the federal Hyundai v. DTI litigation, Direct Technologies International agreed that its countersuit against Hyundai had no merit and that it willfully infringed on Hyundai’s trademarks.

DTI agreed to pay Hyundai $5 million in attorney’s fees and damages, less than the $8.49 million Hyundai had alleged in DTI gross revenues and lost Hyundai profits related to the parts. DTI also said it would quit importing or selling “Non-genuine Hyundai parts,” which were “defined as Hyundai-branded parts that are not sourced through Hyundai Motor America and its Authorized Chain of Distribution as defined in the Complaint.”

The importer also accepted a ban from representing those unauthorized parts “as genuine, original, OEM, OE, or Optional/Opt OE, or in any way mispresenting the warranties that apply to or cover in whole or in part, Defendant’s Non-genuine Hyundai Parts.”

DTI admitted to each of the causes of actions brought by Hyundai, which included trademark infringement and dilution, two counts of false designation of origin, unfair competition, interference with contractual relations, and violating the North Carolina Unfair and Deceptive Trade Practices Act.

“DTI has served the automotive community since 2013,” DTI attorney Tom BenGera wrote in an email. “DTI is extremely satisfied that the parties were able to negotiate a mutually beneficial settlement agreement, which resolves all disputes between the parties, including DTI’s counterclaims against Hyundai for antitrust and anticompetitive conduct.   DTI is not otherwise able to comment on the parties’ confidential settlement terms.”

In light of the outcome and ongoing industry debate over parts classifications, we decided to check in with various parts procurement platforms about their parts definitions and how they police vendor compliance with those definitions.

“Despite superficial similarities in the appearance of DTI’s non-genuine parts, expert analysis in the case revealed that many of DTI’s parts were counterfeits or defective parts that were sourced from unscrupulous trading companies in the Middle East, Vietnam, and Russia,” Hyundai wrote in the news release.

“In the lawsuit, DTI admitted that its parts were obtained from trading companies outside the U.S. and did not know where those companies were obtaining the parts. Virtually all of DTI’s parts came in containers with identifying labels removed to avoid detection.” 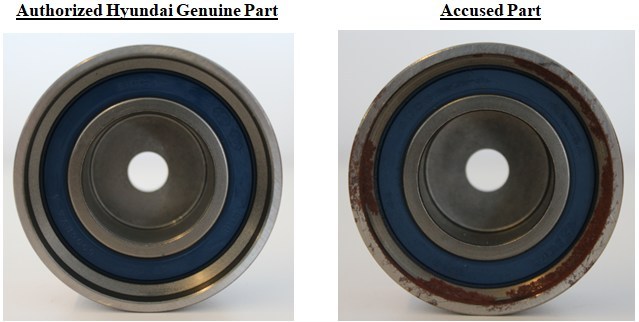 We contacted Solera regarding Audatex and APU and sent separate inquiries to CCC, Mitchell, Original Parts Solutions, PartsTrader and uParts.

Our inquiries to CCC and Mitchell were a little different than our questions to the others, as both information providers had already outlined their parts definitions to us in 2019.

We received answers from all but OPS and uParts. A third-party OPS media representative submitted our request to the company last week and said she’d repeat it to them Monday, but OPS never ultimately replied. uParts did not respond to phone or email inquiries.

Here’s what they all had to say.

“Audatex and APU provide data and options to our customers for them to make the correct decision on parts required for their specific needs,” Solera regional managing director Ramon Suarez said in a statement.

CCC in late 2019 shared six definitions that parts vendors are contractually required to use.

Shops and insurers could reclassify those “Optional OEM” parts into one of four categories on the actual estimate: “OEM,” “Non OEM,” “Opt OEM,” and “Alt OEM.”

Back then, CCC had left the issue of a part’s warranty out of its “Optional OEM” category.

CCC’s official definitions late last year showed the company views gray market parts — parts produced for another country and imported into the U.S., like those in the Hyundai v. DTI case — as aftermarket. However, CCC still allowed such parts to be categorized as “Optional OEM,” but it wants distributors to clarify them with the term “GRYMKT.”

CCC when we spoke in November was finalizing the grey market identifier concept.

“CCC is always talking with customers and the industry and are monitoring the parts environment,” CCC spokeswoman Michelle Hellyar wrote in an email said in a statement. “We don’t have any updates to what we’ve previously communicated or our published part-type definitions.” 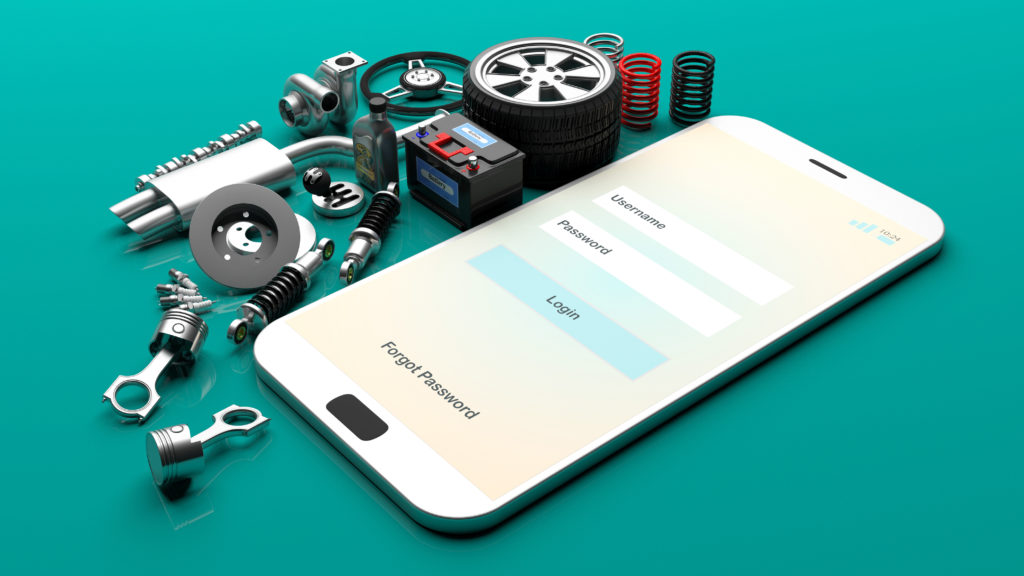 Mitchell in July 2019 said it eliminated “parts labeled as variations of OE” following California regulators’ 2018 guidance to collision repairers and insurers against using such vague categories.

“We removed the ability to show parts labeled as variations of OE (Opt OE, OE Surplus, etc.) from UltraMate printed estimates in order to be compliant with the BAR – and our modifications were reviewed with BAR representatives,” Mitchell repair sales and service Vice President Jack Rozint wrote in an email last summer.

” … We continue to work with the BAR, CIECA, CIC, and our customers to come up with mutually agreeable, standardized methods to refer to parts depending on the purchase channel, discounts, sources, and warranties.”

The “OEM Discount,” or “OEMD” category remains in Mitchell UltraMate.

“If you use the drop down on a line to change the part type to OEMD, the part # and part price will be blanked out (allowing the user to manually enter those) and the line will be designated with an asterisk (*), indicating a judgement by the user,” Rozint wrote in July 2019. “As an OEM Discount part is by definition an OEM part, it prints on the estimate as OEM.”

Rozint said then the system will also classify a vendor into OEMD or one of the other parts categories based upon how it has described itself to Mitchell. The software will add symbols like “^^” and OEMD in that process.

We asked Mitchell last month if the company had any thoughts on revising “OEM Discount” further to avoid grey market parts or American parts sourced from third-party vendors. We also asked for Mitchell’s perspective on predicating OEM Discount on the existence of an OEM warranty. Finally, we also asked about Mitchell’s policing of vendors.

“We haven’t made any further changes to our parts handling since we last spoke,” Rozint wrote in an email Feb. 27. “We continue to monitor industry developments in this area as well as feedback from our customers. As referenced earlier, if we receive evidence that a parts supplier is not correctly representing parts types in the data they provide to us, we work with them to quickly correct the issue. If the supplier is unable or unwilling to address the issue we will remove the supplier from our database.”

A third-party OPS media representative submitted our request to the company last week and said she’d repeat it to them Monday, but OPS never ultimately replied. 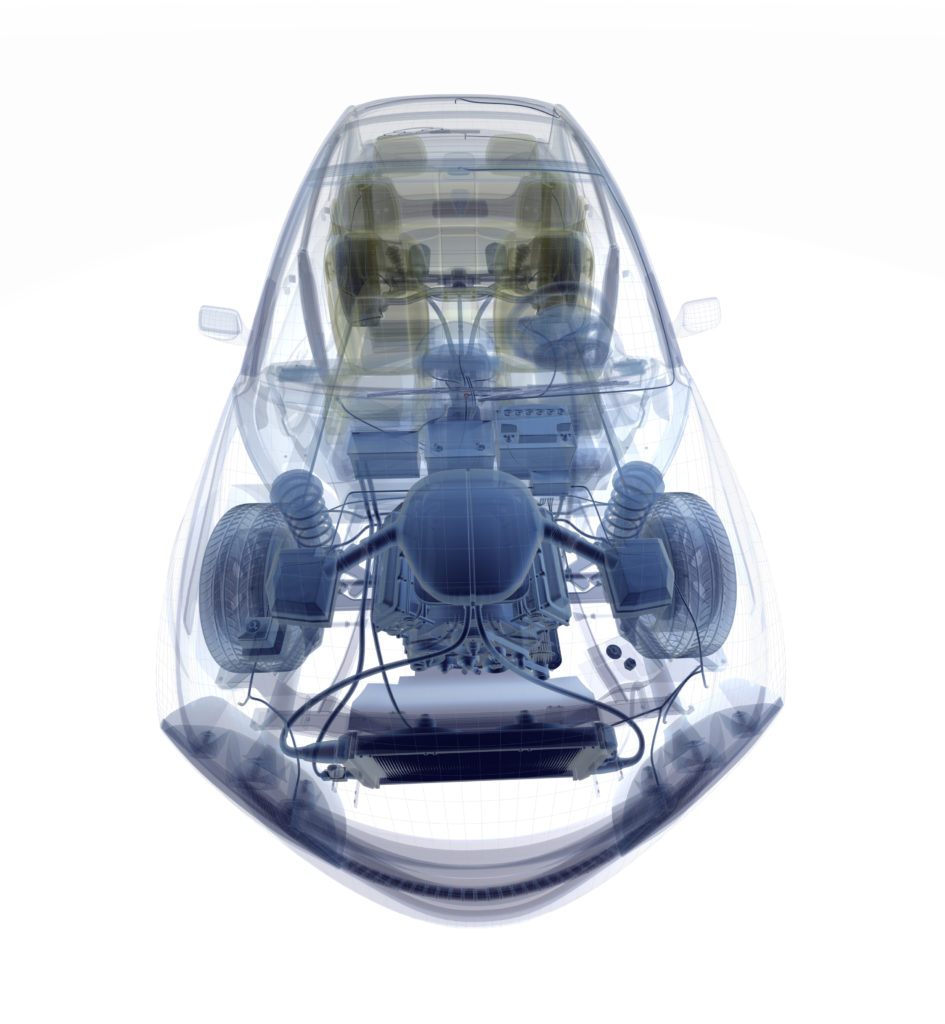 “Suppliers using the PartsTrader platform self-select a primary part type when setting up the account,” PartsTrader spokeswoman Julie Hardesty wrote in an email Thursday. “Suppliers can choose from a variety of part types as their primary type – ‘Opt-OE’ is not an available part type.”

Asked about policing “rogue” or “sloppy” suppliers (our terms), Hardesty said PartsTrader offered tools for the market to handle it.

“PartsTrader is fully committed to an open marketplace where repairers and their suppliers can confidently engage in commercial transactions with each other,” she wrote. “As part of this commitment, the PartsTrader platform includes several mechanisms in place that helps the marketplace self-manage:

“Since the launch of the PartsTrader platform, both repair shops and suppliers have reviewed and provided feedback on their transaction.  Over time, these transactions are aggregated into a Star Rating.

“The Premier Supplier Program badge is an instant visual representation of a supplier’s good standing within the PartsTrader marketplace.

“With these tools in place, “rogue” or “sloppy” users are not able to conduct business on the PartsTrader platform.”

UParts did not respond to phone or email inquiries.

Do you know how your favorite parts procurement platform defines and polices parts categories? (DSGpro/iStock)

Make sure you are familiar with your parts procurement system’s policies. (george tsartsianidis/iStock)

An illustration of some of the parts within a vehicle. (weicheltfilm)