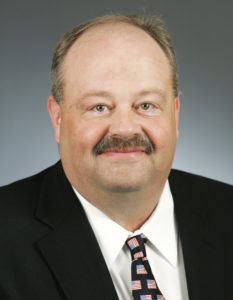 Minnesota state Rep. Greg Davids in a hearing last week railed against a bill requiring auto insurers to reimburse OEM procedures, calling it “so unfair” and among the “Top 10” worst he’s seen in a long career.

David said he wanted to see a compromise. “There was no white smoke on this one,” he said in an interview Friday, referencing the idea of competing sides signalling an agreement.

His sentiment illustrates a hurdle advocates of such legislation might encounter in the Minnesota Capitol and other legislatures: Lawmakers might like to see consensus among conflicting stakeholders. But as collision repairs must follow OEM procedures on behalf of consumers, there’s not much ground shops and customers can give.

All three national collision repair trade groups, Assured Performance and the insurer- and repairer-affiliated I-CAR have defined OEM repair procedures as the standard of care for nearly a decade. A jury in the $31.5 million John Eagle Collision case also did the same in 2017 when it found a Texas body shop’s deviation from Honda repair procedures for the prior owner exacerbated the severity of a crash. (As AASP-MN member Darrell Amberson told a March 3 House Commerce Committee hearing, the couple involved in the case survived but were “forever changed in their lives.”) Garagekeeper’s insurers might balk at covering shops who won’t follow OEM procedures.

Davids in our interview Friday said he coined the term “‘peace in the valley'” during a incident involving bickering credit union and bank interests. He demanded the two sectors get together and work out a compromise position before he’d consider legislation.

Minnesota lawmakers have since continued to demand that “peace in the valley” on legislation, according to the Alliance of Automotive Service Providers of Minnesota.

During the March 3 House Commerce Committee hearing, Davids said no such peace existed on House File 2234.

“There’s so much fencing in this bill you could build the wall with this bill, quite easily,” he said.

The bill was “so extreme. I don’t think I’ve seen one so extreme as this, that it’s gonna raise everybody’s insurance rates,” he said.

Wednesday saw the filing of HF 4155, which represented the AASP-MA’s most recent offer in a near-deal with the Insurance Federation of Minnesota.

Davids said of HF 2234 he hoped “to never see this bill again” in his life.

In our interview Friday, Davids called himself a “huge supporter” of body shops, but said the bill went “way too far.”

We asked about the idea of total losses being a safety valve for insurers: If automakers’ procedures spiked the cost to repair too high, insurers can always just total the car.

Davids said “you’re not gonna total a car” that’s only 30 percent damaged. “That’s not much of a safety valve, ” he said.

It is collision repairers’ mission to repair a vehicle the way an automaker has instructed, Amberson (LaMettry’s Collision) told the March 3 hearing. Any attempt to alter that means one is behaving like “a bit of a amateur engineer”

Amberson said insurers sometimes seek to use old or different methods to reduce costs. “Sometimes, to be frank, they’re a little stuck in the past,” he said.

Davids allowed Friday that on newer cars, “you need to be doing” OEM repair procedures. Later in the interview, we asked how he would fix a vehicle besides OEM procedures.

“I don’t know what I would do,” he said. However, “I wouldn’t do” the content of the bill.