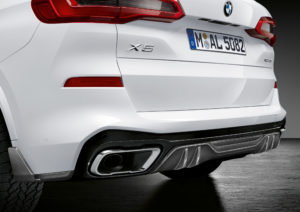 Here’s our latest monthly roundup of areas spotlighted as tip-worthy by the DEG. To receive the tips as soon as DEG releases them, like/follow the DEG’s Facebook and Twitter feeds. (It also posts videos to a YouTube channel once in a while.) Or just browse the nearly 16,000 inquiries and responses in the database and see what else you learn.

Setting up a vehicle on a frame rack or dedicated bench for measuring or pulling is not included in Audatex, as the DEG pointed out in a Feb. 3 tweet.

Section 4-2 of Audatex’s Database Reference Manual lists operations not included in the IP’s labor times. According to Audatex, these include “Setup of a vehicle on a frame machine, dedicated bench, or other measuring / straightening devices. Pulling time is not included (Standard Manual Entry M31 is available).”

“Because of all the various types of equipment for repairing vehicle structures, Audatex does not provide a labor value for each equipment requirement for set up/ anchoring and measuring scenarios,” the DEG wrote. “This would be an on-the-spot evaluation depending on the type of equipment that is used.

“Final DEG Note: It is important to follow OEM procedures and ensuring proper tooling is being used to repair vehicles back to OEM Specifications.”

The DEG repeated this tip and similar instruction from CCC and Mitchell to a user’s Feb. 4 inquiry. The DEG user had asked if any time studies existed for setting up a 2020 Mercedes 350 GLE on a Celette bench. The user said the setup took “2 PEOPLE ABOUT 4 HOURS TO SET UP.”

In April 2016, Society of Collision Repair Specialists board member Kye Yeung (European Motor Car Works) demonstrated that the setup and measurement process might be more involved than repairers realized. An old adage held that 2-3 hours of setup time was needed, according to Yeung. “It’s not realistic,” he said then.

“This is not for everybody,” he said at the time. “We need to have the training.”

Besides the setup and measurement time, insurers and repairers should understand that a rented bench must be disassembled for return as well, according to Chess.

If a technician must take time to create a template for an emblem or nameplate, the estimator will have to manually add that fact to a CCC sheet.

CCC confirmed this in an inquiry response to a user trying to follow BMW’s instructions for a 2018 X5, according to a tip the DEG tweeted Feb. 10.

“When replacing a nameplate or emblem, BMW repair instructions call for making a masking tape template to transfer the original position of the emblem to the replacement panel,” the DEG user wrote Jan. 22. “Is the labor and material to do this included with the replacement of the emblem or nameplate? BMW does not sell templates like other manufacturers.”

“After review of the concern, creating templates is not included in estimated work times,” CCC replied, according to the DEG. The DEG also said that the material cost of the template wouldn’t be included either.

The DEG also observed that CCC’s MOTOR Guide to Estimating P-pages limit the molding, nameplate and emblem labor times to installing the parts. It doesn’t include cleanup, removing adhesive, or “Door hardware,” according to CCC.

The DEG shared OEM repair procedures from an unspecified BMW which start out advising “Transfer position of model designation (1) from old tailgate by making an adhesive tape template.” 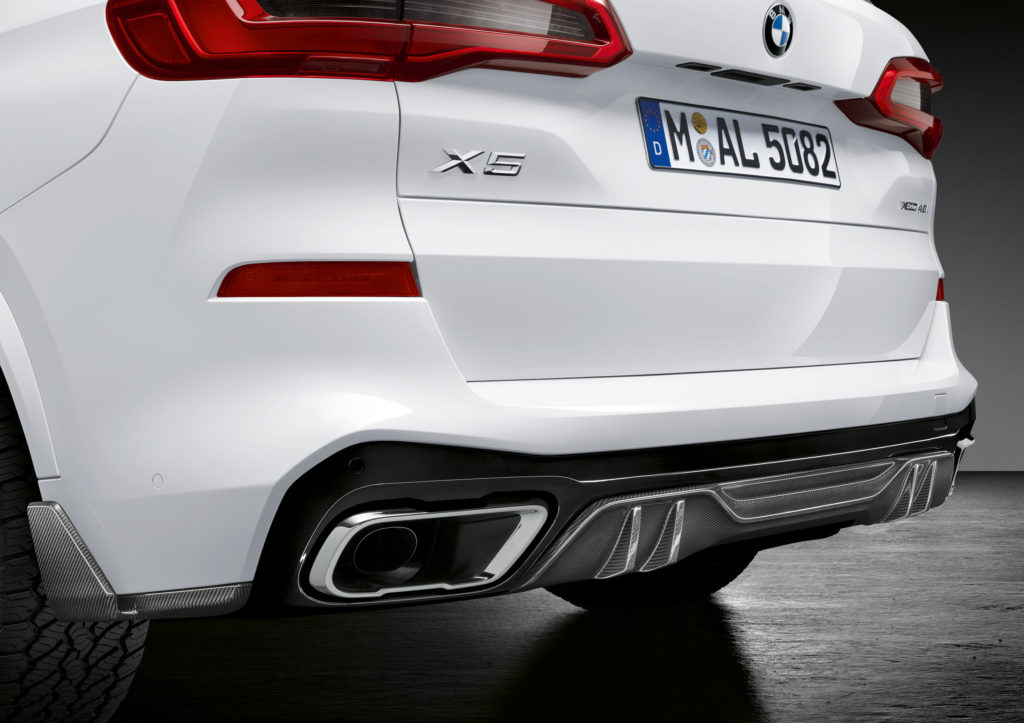 A recent update to the CCC P-pages clarified that while weatherstripping disconnecting and reattaching was included in the headliner time, removing and installing the weatherstrip wasn’t.

Gredinberg explained the distinction to us last year: Loosening the weatherstripping around the moldings to remove the headliner was included, but it’d be “additional labor to consider” if you removed the entire weatherstripping.

“That part is not included,” he said.

According to a DEG tip tweeted out Feb. 24, the inquiry exposed “a database logic error.”

“End users would need to make manual line changes when performing a FULL R&I. Confirmed statements from CCC/MOTORS discusses this issue on inquiry 15607 due to logic of rocker and center pillar parts.” 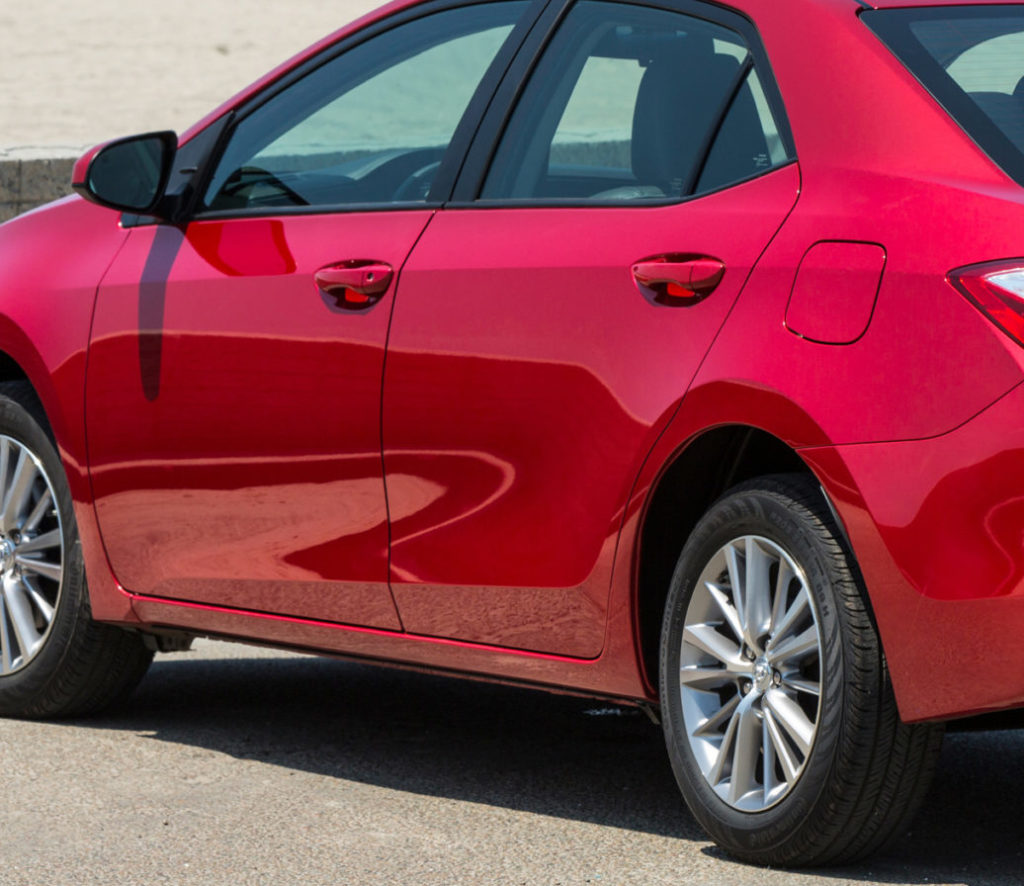 “When replacing the rocker panel / center pillar section, the p pages state ‘turn back w’strips’ are included,” the user wrote. “When I select to R/I the door opening w’strips on the body for full r/i, the system goes to INCL both front and rear door.”

CCC initially wrote that weatherstrips were included in the center pillar. “If the end user chooses to remove the Weatherstrip completely, it would be an on-the-spot evaluation to determine the difference in time between pull back versus full removal,” CCC wrote.

However, it provided more clarity about how the estimating software handled weatherstripping in the area. 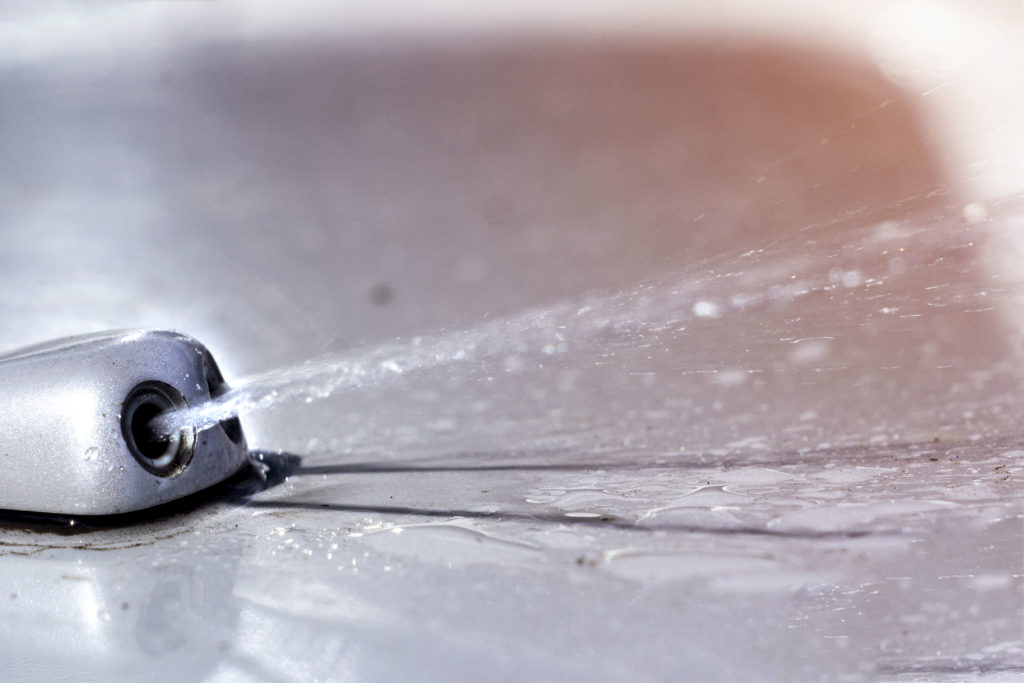 The DEG in a tip tweeted Feb. 17 pointed out one of the recent changes to Audatex’s P-pages.

The estimating service in a 2019 update added a line confirming that “Drain, Refull and/or Topoff Windshield Washer Fluid” isn’t an included operation. This shouldn’t have come as much of a surprise; the Audatex P-pages already said that draining or refilling the gas tank, oil, or transmission fluid weren’t included either in labor times.

“R/I or R/R time for windshield washer reservoir does NOT include to drain or fill the washer fluid,” the DEG wrote.

“Washer fluid / additives or Disposal fees to drain/ fill the tank is NOT INCLUDED in labor times.”

The logo of a BMW X5 is seen in 2018. The 2018 BMW X5 might require a body shop to make a template to install an emblem or nameplate. (Provided by BMW)

The rocker panel on a 2014 Toyota Corolla LE is shown. (Provided by Toyota)

Washer fluid sprays out of a nozzle. (Denis Torkhov/iStock)