The Collision Industry Foundation on Monday announced its COVID-19 fund had officially closed, with more than $250,000 dispersed to those in the auto body ecosystem financially impacted by the pandemic.

The organization said it received more than 600 applications for financial help between late March and May — “the majority of which met the CIF established criteria and were funded.”

CIF, a 501(c)(3) nonprofit, helps people with ties to the collision industry after disasters.

In March, it seeded a special COVID-19 fund with $100,000 it had received in prior donations — and drew a $100,000 match from CCC. By May, CIF announced that the fund had been tapped out — only to be recharged with $25,000 from AI photo estimating company Tractable.

Others in the industry stepped up to help their colleagues as well.

CIF encouraged the industry to continue donating so it could help out during inevitable future disasters.

“As the industry begins to see repair volume increase again, we must remember that our work is not over,” CIF President Michael Quinn (AirPro) said in a statement. “There will be other crises and other disasters, so we ask for your help to replenish the core CIF fund so that we may answer the call and continue to do our important work on behalf of the industry.”

Donate to CIF here. Those in the collision ecosystem who need assistance after a disaster should visit the CIF website here.

Past CIF efforts have included buying tools for repairers after Hurricane Katrina, funding a Christmas for families affected by the Camp Fire, and donating $10,000 to a shop owner whose son (a former shop employee) and daughter-in-law were slain in a mass shooting, leaving behind young children. 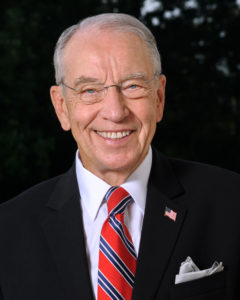 In governmental COVID-19 assistance news, the Society of Collision Repair Specialists and a coalition of other trade groups on Monday urged Senate Finance Committee leaders to preserve the net operating loss rules in the CARES Act.

“These beneficial changes come at a challenging time for many industries and will provide necessary liquidity for operations,” The trade groups wrote to Chairman Charles Grassley, R-Iowa, and Ranking Member Sen. Ron Wyden, D-Ore. “We are concerned that some in Congress are seeking to reverse these changes and would urge you to leave them in place.”

The CARES Act gives businesses a five-year “carryback” for net operating losses between 2018-20 and suspends the limits on excess business losses for non-corporate taxpayers during those years, according to the groups.

“The ability to carryback NOLs is a critical component of a well-operating income tax system,” the groups wrote. “Indeed, NOL carryback provisions have long been bipartisan tools utilized by lawmakers to provide liquidity and are routinely expanded during times of economic dislocation.”

Donate to the Collision Industry Foundation

The Collision Industry Foundation logo is shown. (Provided by CIF)