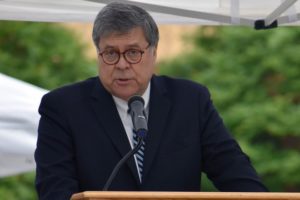 The Society of Collision Repair Specialists on Thursday announced the 1963 Consent Decree against auto insurers will remain on the books, despite the Department of Justice’s initial proposal to terminate it.

SCRS wrote in a news release it had “received assurances from contacts in the US Department of Justice (DOJ) and Senate Judiciary Committee that the agreement … will be maintained, and the inquiry into the judgment is concluded and there are no plans to terminate the agreement.”

The Department in Justice in 2019 proposed terminating the 1963 Southern District of New York settlement in U.S. v. Association of Casualty and Surety Companies, et al as part of a 2018 initiative to eliminate some of the nearly 1,300 “legacy” antitrust judgments enacted without sunset dates since the 1890s. Starting in 1979, the government’s policy has been to include an automatic end date — usually 10 years — regarding antitrust judgments.

Just last week, the DOJ announced it had successfully petitioned a court to kill the historic Paramount Consent Decree against film studios. The agency said it has ended nearly 800 of the “perpetual decrees” to date.

SCRS said the 1963 Consent Decree “became one of the two most-commented-on Decrees of the 1300 proposed for termination.”

“Preserving the document and maintaining the status quo was always the objective,” SCRS Chairman Brett Bailey (A&B) said in a statement. “What we found in the process was a shining example of policymakers and representatives who listened intently to the concerns of our industry and our consumers. We are grateful to the Justice Department for their thorough approach, and thoughtful deliberation, and to those Members of Congress that stood as champions to maintain consumer protections. Our membership and the consumers they serve are in debt to the display of leadership. It is also the perfect example of the work that SCRS does in the background to be the voice of the collision repairer that positively impacts every business. There are countless reasons that collision repair businesses should be members of SCRS, and stepping up to this type of advocacy work for the industry is certainly one of them.”

SCRS cited numerous congressional leaders who’d helped push to save the decree. It highlighted Sens. Richard Blumenthal, D-Conn., and John Kennedy, R-La., and U.S. Rep. Mike Johnson, R-La., as the first in Congress to send letters advocating against termination. Blumenthal’s early public criticism of the proposal prompted the DOJ to extend the comment period on the document.

“SCRS swiftly went to work for our industry, and leveraged our partners Chris Johnsen at Jones Walker and Mike Tongour of the TCH Group to address the historical significance of the document, the continued modern day merits and it’s overarching benefit to consumers,” Executive Director Aaron Schulenburg said in a statement. “The agreement between the insurance industry and the US government was to forever refrain from practices that were established as anti-competitive means of steering, price fixing and depressing and controlling automobile material damage repair costs. Alongside the excellent grassroots response from our membership, SCRS and our representatives effectively communicated the very real concern that a rollback of the agreement would further embolden those prohibited behaviors to the detriment of the motoring public.”

SCRS said it also conducted “fly-ins” so the lawmakers could hear from auto body shop owners in their districts and from subject matter experts.

According to the 1963 complaint settled by the decree, insurers were alleged to have since about 1947 “engaged in a combination and conspiracy in unreasonable restraint of the aforesaid trade and commerce in the adjustment and settlement of automobile property insurance claims, the automobile material damage appraisal business and the automobile damage repair business, in violation of Sections 1 and 3 of the Sherman Act. …

Under the terms of the 1963 settlement, no wrongdoing was acknowledged by the signatory insurance trade groups nor alleged by the DOJ. Signers included the Association of Casualty and Surety Companies, American Mutual Insurance Alliance and National Association of Mutual Casualty Companies.