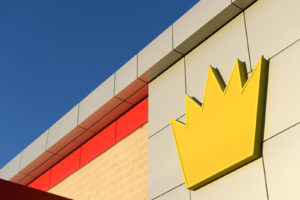 Service King has a $100 million revolving line of credit maturing May 2021 and another $587 million in a secured term loan coming due in August 2021. It also owes $375 million in unsecured debt maturing in 2022, which Moody’s also downgraded Aug. 7 to an overall Caa3 rating (a separate metric than the probability of default rating).

Nevertheless, Moody’s on Aug. 7 preserved Service King’s overall corporate family rating of Caa1 and kept an overall B2 rating for its senior secured debt. And despite a “negative” outlook, the ratings service expressed optimism Service King could improve its financial state.

Indeed, shortly after Moody’s analysis, the MSO began to announce it would recall even more furloughed staffers and restore a few dozen intake-only satellites back to full-production facilities. Service King had converted more than 90 of its more than 300 locations to such skeleton-crew intake facilities and furloughed 35 percent of its workforce in response to the COVID-19 economy, according to Moody’s.

“The downgrade of the PDR and senior unsecured notes rating recognizes the elevated risk due to Service King’s looming August 2021 revolver and term loan maturities and potentially lower recovery on the senior unsecured notes that mature in 2022,” Moody’s Vice President Charlie O’Shea said in a statement. “There is a real possibility that a refinance of the revolver and term loan will result in less flexibility going forward, which would impair Service King’s ability to grow, as well as reduce free cash flow. While leverage remains very high, Moody’s continues to view the fundamentals of the collision repair sector favorably and believes that management has a strategy that can, if well-executed, reverse weak operating trends.”

Service King did not respond to a request for comment on the Moody’s report.

Moody’s had downgraded both the corporate family and senior secured debt ratings to their current levels in late March. It also downgraded Service King’s probability of default to Caa1.

At that time, Service King had a fiscal year 2019 pro forma debt-to-EBITDA ratio of about 8 times and an EBIT/interest ratio of “well below 1 time (including 50% credit for cost savings from front-office re-structuring initiatives executed in early 2020),” Moody’s wrote March 24.

This was in the early days of COVID-19 closures and working from home. By Aug. 7, Moody’s reported Service King’s debt-to-EBITDA ratio for the 12 months running through late June had reached 11 times and EBIT/interest ratio still was far below 1. An Aug. 11 Moody’s credit opinion also noted that the restructuring cost savings had so far been “unrealized.”

But Moody’s predicted demand would continue to improve, and the August downgrades came before Service King announced a slew of shop reopenings.

“Moody’s expects that new assignment volumes will normalize in FYE 2021, resulting in an improvement in leverage and interest coverage such that they fall below 8 times and approach 1.0 times respectively over the next 12-18 months should the company’s successfully execute its operating efficiency initiatives,” Moody’s wrote Sept. 7. “Additionally, the contribution from recent and future store additions should offset labor pressures and support earnings growth.”

Service King did $1.2 billion in sales in the 12 months ending June 27, according to Moody’s. 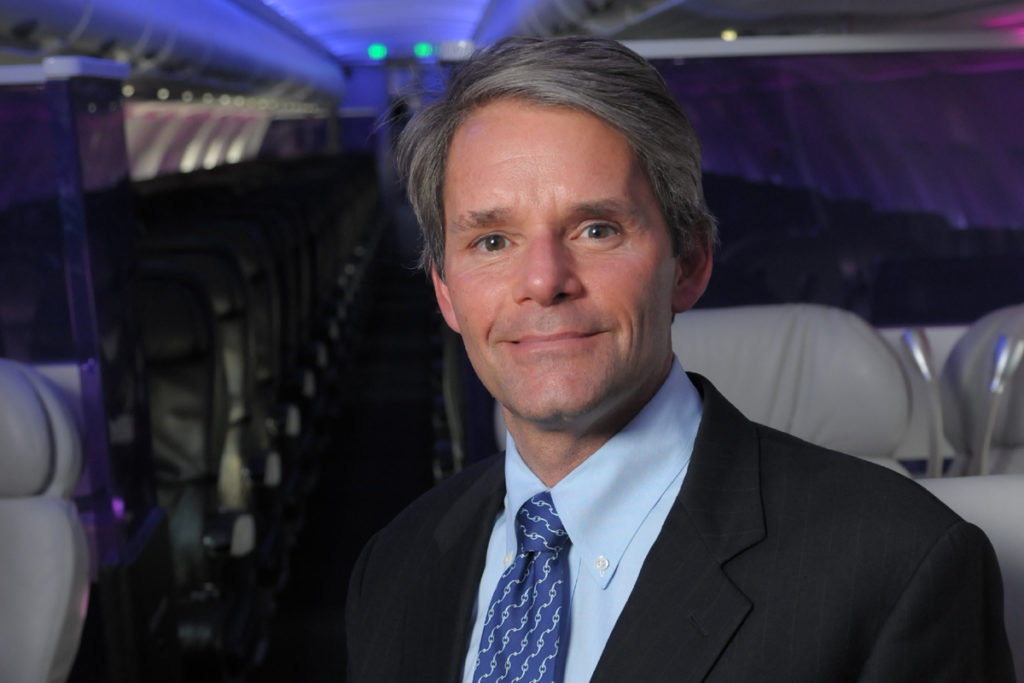 Recent statements from Cush suggest that the front-office operating efficiency benefits should be kicking in now or would do so soon. In Aug. 21 comments to employees, he noted that the company launched many new systems at the end of 2019 and changed front-office processes and staffing in February.

Service King had planned to increase training and tighten procedures — but instead found itself stuck dealing with the pandemic for six months, Cush said. But the company had recently launched a six-week initiative that would cut front-office workload and deliver more efficient repair order processing, higher margins and “better quality for our insurance carriers,” he said Aug. 21.

Back in late March, Service King had $176 million on hand “following a $92 million draw on its revolving credit facility which expires in May 2021, and $26 million of short-term investments as of FY 2019, with roughly $85 million restricted as to use,” Moody’s wrote.

As of June 30, Service King had $112 million on hand and $104 million in cash reserves for debt repayment. Moody’s said the collision chain was able to get a springing first lien net leverage covenant of 7.2 times dropped as of the second quarter. Now, Service King only needs to have $25 million in liquidity available every month.” Moody’s wrote Aug. 11. “The company will maintain adequate cushion under its minimum liquidity covenant over the next 12 months.”

Moody’s also observed that Service King had spent a lot of money to guarantee technician wages during reduced demand and to institute its front-office restructuring. But the ratings agency considered both of these actions a one-time expense.

“The company’s free cash flow has deteriorated meaningfully as a result of declining volume resulting from COVID-19 shelter-in-place provisions, although we note that a portion of the decline in operating cash flow can be attributed to more than $44M of cash costs related to non-recurring COVID-19 costs (primarily wage guarantees for production associates) and upfront costs associated with the front office transformation,” Moody’s wrote Aug. 11. “Although the rate of cash burn has been significant over the past twelve months, Service King is expected to return to modestly positive free cash flow generation (before growth capital spend and acquisitions) over the next 12-18 months as new assignment volumes normalize and operating efficiency initiatives are executed.”

Service King’s same-store sales growth had been positive over the prior year for all four 2019 quarters and the first quarter of 2020, following two years that saw mixed results. But Moody’s said Service King’s second-quarter sales were down 30.4 percent, a statistic that didn’t count satellite or temporarily closed Service King branches. 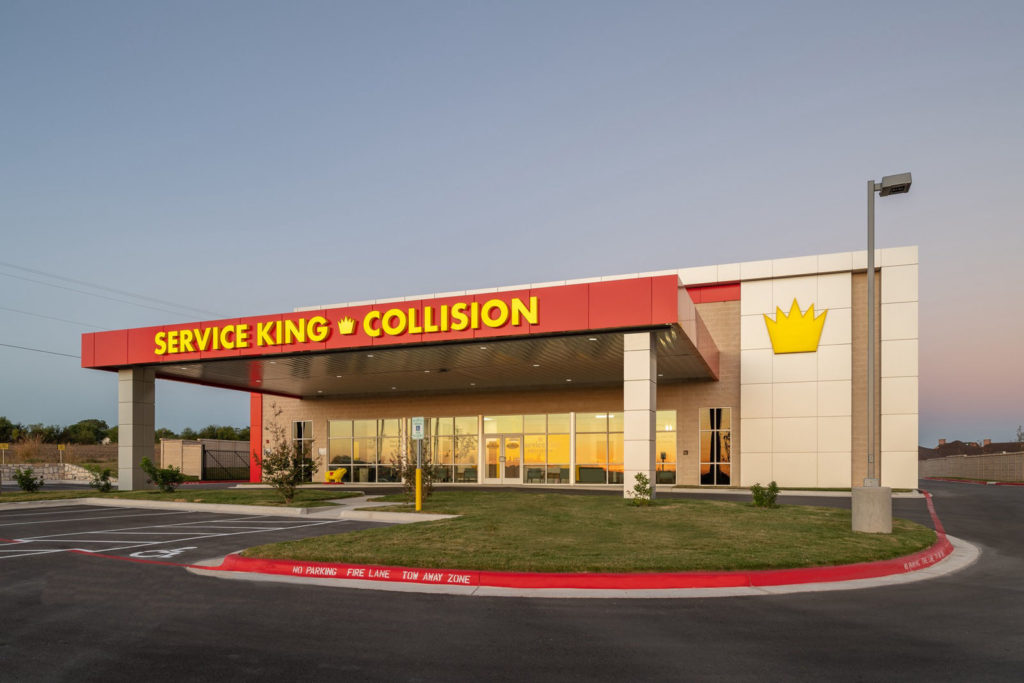 Some insurers haven’t helped with Service King’s margins during the pandemic, according to Moody’s.

“Service King’s performance over the past eighteen months has remained below expectations as margin erosion continued despite improvements in same store sales trends,” Moody’s wrote Aug. 11. “EBITDA margins have been negatively impacted by an increase in carrier discounts and margin compression in parts sales, which resulted in a decline in the reported gross margin rate of more than 75 bps in FY 2019 relative to that of the prior year.”

Moody’s offered a similar assessment in March for what was then the prior 12-month period.

Gerber owner Boyd Group Services in May told investors that insurers have been fair to repairers during the COVID-19 pandemic. Asked if the company had seen any DRP pricing impact during the pandemic, CEO Tim O’Day said they had “constant contact with our insurance partners” but “no comments at all on pricing.”

Asked if Boyd had seen insurers change direct repair program behavior, such as shifting work away from auto body shops with liquidity issues or repairers less likely to handle a market shock, O’Day said he hadn’t. “My perception is that they’re trying to be fair in the marketplace and keep the system going,” he said in May.

Cush on Aug. 21 told employees that as long as Service King kept focusing on CSI and length of rental — hopefully, improving them, he said — “we will get our share and maybe more than our share of the recovering market.”

Cush said Sept. 11 that if the company “hit our numbers,” kept a “safe working environment” and offered “good service” to insurers and customers, “we should be able to rebuild our company back to pre-COVID strength by the end of the year.”

He said body technician productivity the week prior had neared pre-pandemic levels, and CSI scores were “in general, in pretty good shape.”

Preserving and improving company performance meant “we will come out of this in fighting shape for 2021,” Cush said Sept. 11. On Sept. 18, he said the company was “doing fine” and in a “good position” given a low infection rate and “solid operational performance.”

Correction: An earlier version of this report carried an incorrect date for a Service King revolving line of credit. It matures in May 2021. The article has since been corrected to reflect this.