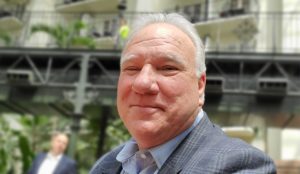 Anyone interested in the job should email a resume to I-CAR human resources director Karen Gates (karen.gates@i-car.com) by the Dec. 11 deadline. (The organization began in 1991 as the I-CAR Education Foundation; though renamed in 2010, CREF continues to have a relationship with the training organization.)

“The executive director position reports to the CREF Board of Directors and works collaboratively with the Board to implement CREF’s strategic annual goals,” CREF wrote. “Responsibilities include oversight over CREF’s daily operations, fundraising, marketing, finance and revenue growth.”

CREF is an important player in addressing the industry’s technician shortage problem. Its work includes supporting struggling collision repair trade school programs to increase the supply of entry-level graduates available for industry jobs. It also helps connect those candidates with industry employers through a series of career fairs.

The TechForce foundation estimates 642,000 auto/diesel/collision techs will be needed between 2020 and 2024 to meet those industries’ demand, with trade schools turning out nowhere near that amount of graduates.

COVID-19 might have alleviated the collision industry’s technician shortage problem by reducing the volume of work for techs to repair. But factors such as a return to normal traffic patterns and investor-powered consolidators trying to staff new properties could leave auto body shops scrambling for techs again.

So the industry certainly has a stake in CREF’s performance and leadership.

Plucinski took over as executive director in 2012 “after many years of service on its board, including as chair,” according to CREF.

“Clark’s has been a leading voice in support of the collision industry’s pre-employment education system his entire career,” CREF Chairman Tom Wolf (PPG) said in a statement. “His decades of experience starting as a technician, multiple shop operator, volunteer board member and past chair of the Foundation, as well as our chief staff executive since 2012, has enabled the Foundation to be more effective to develop the industry’s future workforce. The Board of Directors wishes to thank him for his service to the industry, schools, students and our organization.”

Plucinski’s career took him from a job as a collision repair technician at a General Motors dealership in 1980 and co-owning BCP Auto Body from 1973 to 1996. He then worked at True2Form as an executive vice president and continued to hold an EVP role at Gerber Collision following the Boyd Group’s acquisition of True2Form in 2010, based on a CREF bio and Plucinski’s LinkedIn page. He left Gerber in July 2012 and started at CREF the same month.

CREF grew significantly under Plucinski’s tenure as executive director. The organization brought in more than $5.19 million and carried nearly $1.89 million in the bank at the end of 2012, according to a Form 990 posted on ProPublica. It gave out more than $4.24 million in grants that year to help collision repair students and instructors.