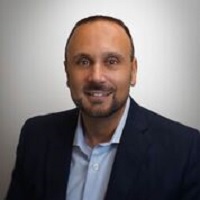 Crash Champions will soon exceed 100 body shops once it closes on Signature Collision, but the booming, private equity-backed MSO has no plans to cash out and sell to a rival, according to CEO Matt Ebert.

“We plan on growing it out to a national footprint,” Ebert said when asked if Crash Champions would keep expanding or sell.  Earlier that day, his company announced it had signed a deal to buy the 24-shop Signature Collision, which “expands us from East Coast to West Coast.”

Crash Champions is a major player in California and the Midwest but had no body shops east of Ohio. Buying Signature Collision will bring the chain into Florida; Maryland; North Carolina; Pennsylvania; and Washington, D.C.

“We have enjoyed significant growth over the last two years by carefully planning and executing a national M&A strategy, including identifying the right targets, partnering with talented management teams, and properly integrating each operation into our platform,” Ebert said in a statement Tuesday. “Our pipeline for quality M&A remains strong, the Crash brand still has significant room to grow, and we look forward to continuing our marketplace expansion.”

Asked about the M&A marketplace as the nation’s body shops exit a pandemic economy, Ebert called it “pretty active.”

“There’s a lot of people willing to talk today,” Ebert said. He said he felt COVID-19 might have influenced this “a little bit,” as repairers had a taste of a pandemic and concluded they “don’t want to see any more of it.”

But Ebert said he also felt repairers just simply observed the new wave of consolidation and concluded as he did a couple of years ago that “now is probably the time.”

Boyd Group Services Chief Financial Officer Pat Pathipati last month predicted the concept should pose a consideration to body shops, though he noted it was still in the proposal stage. Should it pass, it would be a motivation, Pathipati said during an earnings call May 12. But he wouldn’t disclose whether Boyd was hearing it from Gerber M&A candidates.

Ebert said Tuesday that the idea of capital gains tax changes “comes up” in talks with shops, but “I don’t think it’s the major driver.”

Congress hasn’t actually taken action and passed any major tax overhauls, and Ebert noted that repairers probably considered the topic too much of an unknown for it to weigh heavily on a decision to sell. However, he joked that anybody who wanted to sell in the near term would probably make sure to do so in the fourth quarter — before any tax changes could become active in January 2022.

As far as the post-coronavirus economy, Ebert was confident it wouldn’t take until 2022 for Crash Champions to reach its 2019 performance. Some markets had already exceeded their 2019 levels, while others were “right back there,” he said.

The MSO had “definitely seen a big jump” in demand between the first and second quarters and probably averaged 5 percent improvement each month, Ebert estimated. He said the company had noticed a particularly significant rebound this month, more than the gain it experienced in May.

The Signature acquisition will be Crash Champions’ largest since it bought the 23-location Pacific Elite in 2020.

We asked about the opportunity for Crash Champions and Signature Collision’s respective direct repair programs and vendors to transfer to each other’s locations. Ebert said part of the reason for announcing the Signature deal months in advance of its closing was the opportunity to be able to speak openly about the transition with Signature’s vendors and insurers.

Ebert also felt Crash Champions would be able to integrate Signature more quickly than it had with the similarly sized Pacific Elite. “We were more than doubling,” Ebert said of the former deal. Crash Champions’ infrastructure also had another year of development, he said.