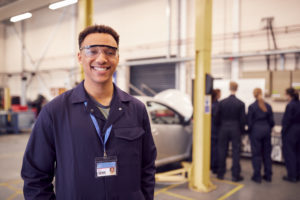 On the heels of the ASE Education Foundation’s survey findings in July that illustrated high school and community college graduates who tested the automotive service industry were much more likely to continue if well-engaged, the Collision Repair Education Foundation (CREF) announced the return of its Transportation Career Fair for the Spring 2022 semester.

CREF said it will work in conjunction with auto shows, industry conferences and World of Wheels to bring together over 10,000 students, which should give collision repair shops a boost with entry-level staffing.

As CREF pointed out, collision repair employers often have an aging workforce and are eager for younger workers.

Chris Shrewsbury is the Collision Director for Florida’s Ferman Auto Group and he sees CREF’s career fairs as a fantastic opportunity to line up future employees.

“We have hired over 20 students at CREF’s career fairs and found these to be great events to interact with local students,” Shrewsbury said. “I encourage industry members to participate in these events so students can see and meet those who are waiting to employ them on graduation.”

Specifics on Columbus, Ohio, Dallas, Miami and Tampa/Orlando will be forthcoming. 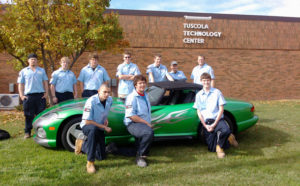 Those interested in more information about the events or about CREF’s student resume’ database can contact Tiffany Bulak, CREF’s Development and Marketing Coordinator, at Tiffany.Bulak@ed-foundation.org.

The ASE Education Foundation – which has over 100,000 students enrolled in its accredited high school and college programs — conducted its survey to see how many automotive service students were keenly interested in careers in the industry following the training.

There were 3,151 completed surveys.

Those whose training had been through nonaccredited programs were less dedicated. Some 33 percent said they probably would continue to pursue a career in automotive service while 32 percent said they definitely will.

Of the survey group, 10 percent were pursing a career in collision repair with noncredited students actually making up 13 percent of those and accredited students coming in at eight percent.

Of those who reported a decision to make automotive servicing a career, 65 percent said they were pleased with their direction.

The reasons many students don’t anticipate an automotive service career vary, but the leader was Better Opportunity Elsewhere at 17 percent, followed by Poor Salary/Low Wages and Don’t Know/No Specific Reason at 12 percent and Wanted to Do Something Else at eight percent.

A big takeaway is that 46 percent of auto service students participated in work-based learning (more than that among those still in high school) while 65 percent of graduates in the field did the same thing.

Featured image: Collision repair students who are more engaged in their training stay in the industry longer than their counterparts. (monkeybusinessimages/iStock)

CREF: It’s important for collision repair students to be uniform