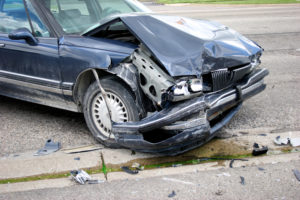 A federal appeals court has denied class-action status to owners of vehicles declared a total loss by Liberty Mutual, saying that the plaintiffs had not proved that the “condition adjustment” applied by CCC Intelligent Solutions resulted in all owners receiving less than their vehicles were worth.

The 9th Circuit upheld the ruling of U.S. District Judge Robert J. Bryan that each of the potential plaintiffs would have to prove a loss, and that weighing each class member’s claim would be “unmanageable.”

“Individual trials would be a better way to adjudicate those issues,” Circuit Judge Ryan Nelson wrote for the 9th Circuit in the ruling, issued Feb. 11.

The court declined to address the plaintiff’s contention that the use of the unexplained “condition adjustment” is illegal in Washington, where the suit was filed. It declared that a question for the Washington insurance commissioner, “the official who could prosecute this kind of alleged violation.”

According to the ruling, the plaintiffs filed suit after the insurance commissioner chose not to pursue their complaint.

The decision may have an impact on three similar lawsuits against CCC, Allstate, Geico, and USAA that the 9th circuit has delayed ruling on, awaiting the outcome of the Liberty Mutual case, according to lawyers representing CCC.

The plaintiffs, Leeana Lara and Cameron Lundquist, sued Liberty Mutual and CCC, claiming that Liberty Mutual’s valuation method had led to “systematic under-valuations and underpayments” in violation of its insurance contracts with its customers.

In determining the “actual cash value” that it must pay its insureds, Liberty Mutual relies on CCC’s data for comparable used vehicles recently sold or offered for sale in the insured’s geographic area.

Lara and Lundquist claimed that the alleged underpayments result from CCC’s use of a “value adjustment” to account for the difference in condition between the average car owned by a private person and the cars for sale at dealerships.

“[E]ven though each comparable vehicle has unique characteristics, the reports reduce the value of multiple comparable vehicles by the same amount, down to the last dollar, without any itemization or explanation for the amount,” the plaintiffs said.

The valuation report listed values of three different comparable vehicles and applied the same $936 adjustment to all three, “without itemizing or explaining the basis of the adjustment as required by Washington law,” the suit claims.

Lara was added to the lawsuit in October 2018. She had been paid $15,560.93 to settle a total loss claim on her 2015 Dodge Charger SXT, a reduction of $842 from the unadjusted valuation. The CCC report listed two comparable vehicles, each of which had also had an $842 adjustment applied, according to the complaint.

They claimed that the adjustments “artificially and improperly reduce claim payments by hundreds or thousands of dollars.”

“When a person’s vehicle is totaled in an accident, an automobile insurance company must not underpay claims by manipulating the data used to value the vehicle,” they said. “Specifically, Washington law prohibits insurance companies from reducing claim values with arbitrary, unexplained, and unjustified adjustments to the condition of comparable vehicles that bear no relation to actual cash value. An insurer must not misstate or conceal material facts that bear upon its estimate of value.”

In a joint statement, CCC’s lawyers at Latham called the decision “particularly impactful in light of numerous putative class actions – all involving similar claims against CCC and its insurer customers – that are still pending.”

That includes the cases against CCC, Allstate, Geico, and USAA that are still pending before the 9th Circuit, the Latham team said.

Repair industry experts have noted that, with the rise in the value of used vehicles, the fair market value assigned can mean the difference between a vehicle that’s repairable, and one that’s junked.

Low valuations often lead to total losses on vehicles that could have been fixed, and insurers will total vehicles with the reasoning that salvage values are high, Auto Claim Specialists Managing Director Robert McDorman said during a class at SEMA 2021.

Some insurance policies say that companies can total vehicles for whatever amount they determine, McDorman said, while the insurer’s ultimate obligation is to make the consumer whole. Shops and policyholders should always make sure insurers are following their own policies, he said.

A similar class-action case over total loss valuations, Dominick Volino and John Plotts v. Progressive, is making its way through the U.S. District Court for the Southern District of New York. That case, which involves the use of Mitchell data but does not name that company as a defendant, is in the discovery phase.