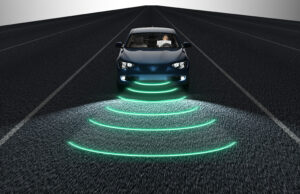 Prior to joining AVIA, Jeff Farrah served as general counsel for the National Venture Capital Association (NVCA) where he worked toward the creation of public policy to support the American entrepreneurial ecosystem and managed legal and operational aspects of the association, according to an AVIA news release. Calling him “a veteran of Capitol Hill,” AVIA says Farrah was also counsel to the U.S. Senate Committee on Commerce, Science and Transportation, to advise then-Chairman John Thune and members of the committee on technology and telecommunications issues. He also served as general counsel to U.S. Sen. Scott Brown.

Before his Senate career, Farrah was an attorney at a leading Washington, DC law firm for international trade matters.

“Autonomous vehicles offer a once-in-a-generation leap in innovation toward a safer, more efficient, and more mobile world for those in need,” Farrah said in a statement. “I’m thrilled to be joining this industry and to partner with the many policymakers, like-minded organizations, nonprofits, and other commercial sectors that recognize the value of the AV industry. I look forward to amplifying the exciting developments that AVs are already fulfilling and to working in the trenches with stakeholders on the policies needed to achieve AVs’ full potential.”

AVIA didn’t return a request by publication deadline from Repairer Driven News for Farrah to provide more information about his goals in heading the association. The release notes “goals for long-term strategy and growth” as part of Farrah’s job in addition to handling day-to-day operations.

“We don’t want people to ultimately become desensitized to this,” Farrah said, according to Reuters. “It doesn’t have to be this way at all. This is something where technology should be doing more.”

More than 43,000 Americans died on U.S. roads last year, marking the largest increase since federal data tracking began, according to AVIA, and AVs should be part of a comprehensive policy approach to save lives. The National Highway Traffic Safety Administration (NHTSA)’s latest traffic crash deaths estimate, released in September, for the first half of this year is 20,175 people, which is an increase of about 0.5% compared to 20,070 fatalities projected for the first half of 2021.

AVIA contends that, “AVs are never drunk, distracted or drowsy – driver conditions that cause thousands of crashes each yea. Engineered to avoid typical human errors and equipped with 360° sensors and state-of-the-art technology, AVs undergo rigorous testing in computer simulations, on test tracks, and with trained safety drivers before operating without a driver on public roads.”

AVIA General Counsel Ariel Wolf noted the same issues in his statement about the new role. “With road deaths at their highest peak in decades, severe stress on our supply chains, and American technological leadership under threat, it is a critical time for policies and initiatives that support AV advancement on our roads. We’re looking forward to continuing the success of the association under Jeff’s leadership.”

AVIA Board of Directors Chair David Quinalty said the new role “signals how far AVIA and the AV industry have progressed in recent years, and the creation of this position is a natural next step in representing the safety, mobility and economic opportunities supported by AVs.”

“This new role will be a valuable voice for the technology’s safety and mobility benefits for all road users as well as disabled, aging, and disadvantaged communities. His extensive experience with trade associations and on Capitol Hill make Jeff uniquely suited to navigate public policy issues, build relationships, and drive AVIA forward into the future.”

Farrah is a southern California native and holds a bachelor’s degree in political science from the University of California, Santa Barbara as well as a juris doctor from Seattle University School of Law.

U.S. Representatives Robert Latta (R-OH-5) and Debbie Dingell (D-MI-12) announced in August the creation of a bipartisan Congressional Autonomous Vehicle Caucus “to educate Members and staff on autonomous vehicle technology that can improve the safety and accessibility of roadways,” according to a news release on Dingell’s website. Fifteen new Congress members joined the caucus in September during a launch event for the caucus.

“This caucus is committed to ensuring our nation is engaging all stakeholders, making bold investments, and educating members across the aisle to get the necessary policies right to support the safe deployment of autonomous vehicles,” Dingell said during the event. “I look forward to working together to make sure the United States stays at the forefront of AV innovation, manufacturing, and safety.”

Latta added, “For the United States to be the driver of cutting-edge technology, we need a framework for Autonomous Vehicles (AVs) that allows industry to innovate while ensuring high safety standards. Our goal for this caucus is to educate and encourage Members of Congress and their staff to look over the horizon and recognize the need for clear laws and an innovation-friendly environment. I’ve said this many times, but we can ensure safety first, safety last, and safety always while working to keep the United States a leader in vehicle innovation. We are thrilled with the turnout for our first event and know that together, we can pave the way for a safer and more accessible future on our roads.”

Truly autonomous vehicles may not happen as quickly as first thought, safety remains a factor in widespread use