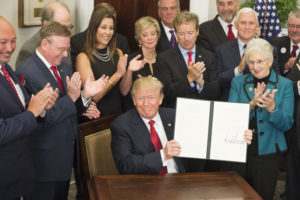 The 6 million small businesses with between 2-100 staffers — companies which employ 40 percent of the workforce — have been historically “on their own” in terms of sourcing benefits, Decisely marketing Vice President Diane Peoples said Wednesday.

Offering benefits makes it easier for those companies to recruit and retain workers. But consider the time, effort, complexity and cost such a “very small company” faces in attempting to provide benefits for what is an average of seven employees. (The collision industry’s average is nine, according to I-CAR.)

“The deck is stacked against them,” Peoples said, calling it “very unfair.”

According to Peoples and Decisely CEO Kevin Dunn, the solution is to take advantage of regulatory and technological developments that allow those small companies to join together for health insurance — and now retirement plans — offered by a geographic or trade group.

Just as larger MSOs can buy items like paint in bulk for a discount, they also can command a discount from a health insurer trying to win their business (i.e., hundreds or thousands of employees paying them premiums). But according to Dunn, a health insurer will also extend the same deal to a similar-sized pool of small businesses teaming up as a buying group. (Volume is volume.)

This could conceivably put, say, 300 separate body shops and a 300-location MSO on an equal playing field when it comes to shop health care expenses and employee premiums.

Such plans therefore could be a useful strategy for independent repairers or even small- to midsize multi-shop operations attempting to compete with the benefits packages offered by the national MSOs.

Dunn, whose company is partnering with the Society of Collision Repair Specialists on a health plan for its members, will discuss the potentially disruptive small-business concept of collaborating on health care at SEMA on Friday, Nov. 2, during the inaugural SEMA IDEAS Collide Showcase, a collection of short, make-you-think collision repair presentations similar to TED Talks.

“Two decades ago the internet changed the retail and the airline industries.  Health Insurance and Human Resources are long overdue for innovative and fundamental change,” Dunn’s IDEAS Collide presentation description states. “Regulatory changes and technology advancements are providing more opportunity than ever to leveraging collective buying power of association networks to lower businesses health insurance costs. Small businesses employ 53% of the US workforce, and through these market shifts those employers who are connected through their industry will have more access than ever to the same comprehensive benefit plans as large corporations.  The solution is here, you need only to be connected to it!”

Dunn said Wednesday politics and concerns about joint liability kept the association health plan concept from gaining traction until Republican President Donald Trump’s Department of Labor eased the way for such collaborations with a 2018 decision.

Dunn said an association health plan can save a typical small business 10-30 percent on their premiums, which could translate into employees saving $500 to $1,500 a year on premiums.

“The employee ends up saving,” he said.

Around 70 percent of shops in 2016 offered health insurance as a benefit, according to an I-CAR-Collision Repair Education Foundation study. That’s a drop from the approximately 80 percent three years prior. (Less than three percent of auto body shops offered no benefits at all in 2016, I-CAR and CREF wrote.) SCRS Executive Director Aaron Schulenburg said in August that many collision repairers either don’t offer insurance or do but “struggle” with it, and SCRS board members have reported the rate of premium increases has “skyrocketed” over the past several years, he said.

Even a larger small business can benefit from association health plans. Dunn recalled a 30-shop chain which the government considered large enough that it had to offer health care. But by pairing them with thousands of other shops, Decisely was able to reduce the MSO’s costs by “a million bucks” year over year. Dunn acknowledged this magnitude of savings was “outside the norm,” but the concept of chains seeing savings was real.

Dunn said the businesses joining together in an association health plan survey their employees to provide demographic data to an insurer. In the SCRS-Decisely plan, necessary census details included employee sex, birthdate, ZIP Codes for the employee’s home and their workplace, hire date, estimated annual income and whether they’re full- or part-time. Employee privacy was preserved; the form didn’t ask for names. 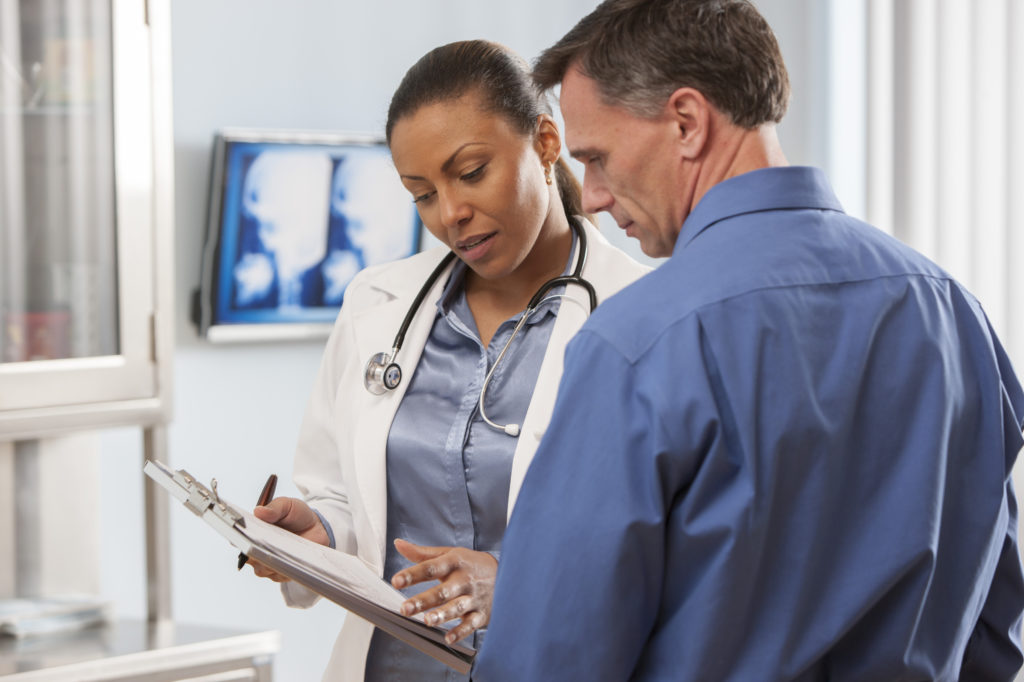 The insurer runs it through their underwriting model, just as it would for the workforce of a single company, and quotes prices which apply to all employees and all businesses in the association. Dunn said employees typically can choose between multiple health plans. (For example, a company might offer a cheaper high-deductible plan and a more expensive plan that grants insurer reimbursements sooner.)

Association health plans can’t charge more for pre-existing conditions or refuse to cover them, and they can’t cancel coverage on someone who gets sick. An association can’t charge employers with more health issues among their workforces different premiums than employers with healthier staffs.

Collaborative 401(k) plans — which the government also plans to make more accessible — can offer the opportunity for random businesses to partner up without belonging to a geographic or trade group, according to Dunn. However, health care plans tend to require some sort of association membership, Dunn said. He also said the for-profit banner organizations seen in the U.S. collision industry have a “hard time” qualifying to offer health insurance to members under the current rules.

Dunn said a growing trend involved chambers of commerce attempting to offer association health plans for their cities or counties. However, insurers were more cautious of these and preferred “verticals” like a single industry, he said.

Selling insurance to a single industry allows a carrier greater clarity into the demographics they’re underwriting, according to Dunn.

For example, I-CAR and Collision Repair Education Foundation statistics from 2016 showed the average collision repairer to be age 40.9 years and have at least a high school education. They’re also predominantly male, based on 2013 and 2015 CREF and Bureau of Labor Statistics data. While some health risks might consistently arise (for example, knee issues), an insurer can be sure others won’t (for example, pesticide exposure).

“‘I get who these people are,'” an insurer will think, according to Dunn. Dunn said association health plans aren’t restricted to only health insurance. Dental and vision coverages are also common elements under the plans organized by Decisely, and ancillary offerings like short- and long-term disability and life insurance are also possible, he said.

An employer which already offers a health plan and completes open enrollment at a different time than Decisely’s isn’t blocked from such a plan, according to Dunn. The company can stagger enrollment for such businesses, he said.

States will continue to regulate health insurance differently than the feds, but Dunn said Decisely would just set up an association plan in one of the states which mimics the federal government’s views and can therefore cover members in the other 49 states. The insurer would take care of getting the plans approved by health insurance regulators in the 50 states; it wouldn’t be the individual employers’ problem, he said.

Republican President Donald Trump on Oct. 12, 2017, signed the Executive Order to Promote Healthcare Choice and Competition, which led to a Department of Labor decision to allow trade associations to develop health insurance plans usable by their members. (Andrea Hanks/White House)

Regulatory and technological developments allow small companies like collision repairers to join together for health insurance offered through geographic or trade organizations, according to Decisely. (plansstevecoleimages/iStock)