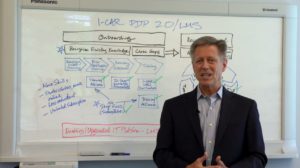 I-CAR this week said the technical challenge of converting more than 5 million student records to a new learning management system had slowed the activation of its tougher Gold Class and Platinum standards.

“We recognize the extent of the frustration that our launch delay has caused for our customers and the industry, and want to apologize for the inconvenience,” I-CAR CEO John Van Alstyne said in a statement Tuesday. “The delay has been related specifically to a series of issues with our new Learning Management System (LMS), and is currently related to the data transfer process, loading records from our current LMS to the new LMS. Please know that the I-CAR IT and project teams have been and continue to do an amazing job to drive solutions. While we have successfully resolved many of the related issues, we are currently working diligently with our LMS software vendor to address the remaining data synchronization issues we are experiencing.”

I-CAR had announced in August 2018 it would end the “Road to Gold” program Dec. 31 and in early 2019 require all new Gold Class shops to have 100 percent of structural technicians reaching ProLevel 2 and half of all other role representatives meeting ProLevel 2 criteria to qualify. No one person could hold more than two roles. Welding recertification would be every three years instead of five, and technicians wouldn’t be “Platinum” until they reached ProLevel 3.

I-CAR later said it would end “Road of Gold” in February and in April start the tougher Gold Class rules. Shops which had achieved Gold Class by the deadline have a transition period to meet the new requirements. Any facilities which hadn’t achieved the designation by then were out of luck and would have to qualify under the new, stricter rules.

Shops now have a little more time to make the cut under the old requirements because of the technical issues slowing I-CAR’s launch of the new Gold Class and other elements of what I-CAR on Tuesday called “enhancements to its core education and recognition programming.”

“The new requirements for Gold Class and Platinum were originally targeted for implementation April 1,” Van Alstyne explained in an email Thursday. “But with the LMS delays, the new requirements will not become effective until the enhancements are implemented. So new Gold Class or Platinum achievement to ProLevel 2 would align with the new launch date.”

“Presently, I-CAR is targeting the program launch in Q3, with the specific date contingent on solving these important software issues,” I-CAR wrote Tuesday of its overall “enhancements.”

I-CAR said it had “finalized and communicated” criteria to Gold Class and Platinum customers.

Shops who reached Gold Class before the April deadline were to be grandfathered in and given until 2021 to achieve Gold Class under I-CAR’s new, stricter criteria. Van Alstyne confirmed that transition would be extended proportionally to the delay, as would a similar transition for grandfathered Platinum technicians.

“Transition timing will be reset and shifted out for existing Gold Class and Platinum techs to align with the delayed timeframe. We have not yet established exact timing and milestones, as we are waiting to confirm our exact launch date. That said, it can be assumed we will move timing out according to the delay. The information on our website represents our original plan and will be updated as soon as the final timing is established. Please know that the same timing relationships stated relative to the original April 1 planned launch will be essentially maintained. We recognize customers need time to plan and act, thus we will endeavor not to compress transition timing. As soon as we have a firm launch date established, transition details and timing will be announced.”

Van Alstyne also confirmed Thursday that Road to Gold had indeed officially ended Feb. 28. I-CAR has said it decided to drop the program because some repairers were abusing the designation; they never put in the work to achieve true Gold Class and instead rested on the Road to Gold laurels.

“Please know that our original transition plan timing from current requirements to new requirements will be shifted out to align with the delay timeframe,” Van Alstyne said in a statement Tuesday. “As we get closer to launch, we will announce the exact changes to our transition timing. In the meantime, please know we understand the industry needs time to react, and please trust that we have your back. Additionally, please keep training so you can stay on track to maintain your Platinum™ and Gold Class® status, as nearly all required training counts toward your future requirements! Moving forward, we will continue to keep the industry posted about the launch developments and timing as we aggressively work toward resolution and completion of the process.”

Some elements of the changeover are live, notably the start of unlimited online training subscriptions. As of the end of last month, 28 percent of Gold Class shops were subscribers.

“I-CAR has always been promoting the idea of a knowledge-focused industry and has been the leading provider of this over the years,” Jesse Garris, general manager of San Diego, Calif.-based AJ-USA said in a statement Tuesday. “With I-CAR’s new subscription, the online course format is awesome, easy to use and the availability of the courses offered allows for anyone to train no matter where you live. Now instead of having reasons not to train, we only say why not train?”

I-CAR also has been able to “dispatch training with much more efficiency” because of the new systems. The initiative also already has provided “more flexibility and greater responsiveness in the field” with in-shop knowledge assessments. The assessments allow repairers who know their stuff but haven’t trained formally with I-CAR to demonstrate their understanding of a subject and get credit for I-CAR courses. Van Alstyne noted Thursday they could help non-Gold Class shops catch up.

“I-CAR is ready and able to help shops achieve Gold Class as soon as possible, utilizing our In-Shop Knowledge Assessment service or by simply creating a robust training plan, and we encourage them to contact our Customer Care team so we can help them define the most appropriate plan,” he wrote.

The educational organization also said the launch would increase the number of I-CAR courses from 164 to 266, including 145 online Spanish-language classes.