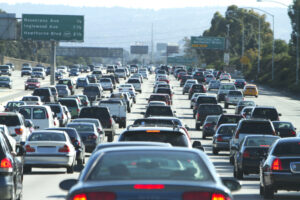 Maintaining that auto insurers still owe rebates to California drivers who were overcharged during the stay-at-home period of the pandemic, the state’s insurance commissioner has ordered 47 carriers to provide detailed information about their claim costs during that time.

Commissioner Ricardo Lara tied his order to more than 50 rate filings pending before the California Department of Insurance (CDI), and gave the carriers 30 days to respond.

“With this letter, every insurance company is on notice to give us data so we can tell them what they owe consumers,” Deputy Insurance Commissioner Michael Soller told the Associated Press. He told Repairer Driven News that none of the insurance companies has yet responded.

“Note that this information will be considered in the context of the Department’s review of any pending or future PPA [private passenger automobile] rate filing submitted by PPA insurers,” the Sept. 29 letter states.

To date, in response to the commissioner’s orders, insurance companies have returned a total of more than $2.4 billion in premiums to Californians. “But based on the Department’s analysis and calculations, Commissioner Lara continues to emphasize that “[i]nsurance companies must do more to return overstated private passenger automobile premiums, and continue to do so as long as the pandemic results in reduced risk of loss,” the letter states.

In October 2021, Lara ordered Allstate, Mercury and CSAA to return to drivers more of the excess profits collected from them during the pandemic, but he has not yet followed through on his threat to take legal action, and insurers say he lacks the authority to do so.

Lara’s ability to enforce his order was called into doubt on Oct. 29, 2021, when a California appeals court ruled that he had no authority to order State Farm to pay more than $100 million in refunds to Californians who the commissioner found were overcharged for homeowners, condo and renters coverage.

In the case, State Farm General Insurance Company v. Lara et al., the California Court of Appeal rejected the commissioner’s contention that the state’s Proposition 103 gives him the authority to order rate refunds as part of his responsibility to ensure that Californians are charged fair rates.

The public interest group Consumer Watchdog filed an appeal with the California Supreme Court, which declined to review the lower court’s ruling.

An analysis by DOI shows that Allstate, Mercury, and USAA “have the greatest gap between what they initially refunded drivers, and what they should have refunded, to provide proper premium relief to their policyholders since the start of the COVID-19 pandemic,” Lara said in a news release.

According to the recent letter, CDI continues to extend its analysis to other insurance companies in order to benefit consumers who were overcharged. “The Department’s review and analysis indicate that the PPA policyholders insured by your company (the “Company”) or by the companies within your insurer group (the “Companies”) may be owed additional PPA premium refunds or credits,” the letter states.

In an April 20 letter recently made public, insurance industry associations and major carriers warned Lara that he is risking a crisis by refusing to consider any rate increases since the start of the coronavirus pandemic more than two years ago.

Several major carriers have said they are cutting back their California marketing or operations, or finding other ways of stemming losses. Allstate CEO Tom Wilson said the company is implementing more restrictive underwriting actions on new business in places such as California, where it cannot achieve adequate rates.

“California is a hard one, they haven’t approved any [rate filings] — I think it’s been 29 months,” Wilson said during the Barclays Global Financial Services Conference last month. “We’ve had a commercial filing in there for a couple of years. We thought we had a deal on homeowners, and we no longer do. So we’re in an environment where we’re assuming that not much is going to change in the near term… I think the California market will be increasingly unstable.”

Nationally, Wilson said, Allstate had “way, way improved profitability in 2020, despite the fact that we gave our customers over a billion dollars back, which we did not need to do.”

Allstate is one of at least three carriers facing civil suits in California that seek to force them to return to consumers the “windfall profits” reaped during the pandemic.

Earlier this year, the Illinois Department of Insurance (IDOI) issued a data call, a one-time demand prompted by a request made by 16 Democratic state senators in January. IDOI announced in July that, even after providing rebates, auto insurers realized hundreds of millions of dollars in additional profits from their Illinois customers during the pandemic.

The four largest carriers in Illinois by market share – State Farm, GEICO, Progressive, and Allstate – charged customers $280 million more than needed to maintain their 2019 profitability, according to the analysis by Illinois PIRG Education Fund and the Consumer Federation of America (CFA). This was after taking into account the $220 million the four insurers cumulatively provided in customer refunds in 2020, the organizations said.

Unlike California, Illinois does not give its insurance department the authority to regulate rates.

A traffic jam on the 405 freeway in Los Angeles. MCCAIG/iStock