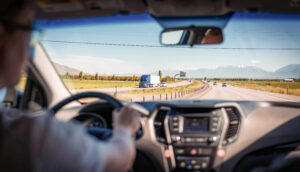 In a look at bad driving habits, how inflation and the COVID-19 pandemic have affected consumers, and the public’s understanding of what affects their car insurance rates, U.S. News & World Report found 49% are driving less due to the pandemic, 61% because of higher gas prices, and the most common bad habit is road rage. There are also several unknown and untrue beliefs about what affects insurance rates.

U.S. News conducted an online survey in August of 2,000 drivers ages 16 and older then weighted responses to reflect the current population. Conversely to their findings, CCC Intelligent Solutions reported in June that overall miles driven remained near pre-pandemic levels in the first half of 2022, despite soaring gas prices and employees working from home. And in August, based on previous analyses conducted by the University of California at Davis and the Congressional Budget Office, CCC said vehicle miles traveled could potentially decline by as little as 0.4-5.1% this year.

AAA reported in September that the average yearly cost to own and operate a new vehicle has increased to $10,728, or $894 per month, which is $1,000 more than in 2021. Sell prices on used vehicles have skyrocketed over the past couple of years and the average age of vehicles on the road has also increased — all factors that stem from the pandemic and inflation. Gas prices are the most significant factor that drove up this year’s average, according to AAA.

U.S. News’ survey results show that when asked about 10 bad driving habits, 64% of respondents said they’ve participated in road rage and 51% often speed. Falling asleep at the wheel, at 11%, was the least common habit reported by respondents although 31% said they’ve almost fallen asleep and 37% said they’ve driven before when they felt too tired. Thirty percent admitted to not using their turn signal, 28% to not wearing their seatbelt, 27% to texting, 27% to rolling through stop signs, and 25% to having a pet in their lap.

While not reportedly common among the 2,000 drivers that were surveyed, U.S. News also reports that the National Highway Traffic Safety Administration (NHTSA) estimates more than 100,000 police-reported crashes occur every year due to driver fatigue. Another common occurrence — 22% said they’ve been in a car wreck caused by someone using their phone.

The survey also asked respondents what factors they think affect their car insurance rates such as martial status, credit history, state of residence, vehicle make and model, and age — all factors that can make a difference in rate calculations, according to U.S. News. Large percentages of drivers were either unaware of the aforementioned factors or were wrong in thinking others play a part in their rates:

However, not all states or carriers have the same rating factors. For example, California’s Proposition 103 states carriers must first consider driving safety records then the number of yearly miles driven, and the number of years of driving experience when setting rates.

The U.S. Department of Transportation Federal Highway Administration’s most recent data on traffic volume trends from July shows that travel has decreased 3.3%, or by 9.9 billion miles compared to July 2021 and that cumulative travel for the year so far has increased 1.8%, or 33.6 billion miles over last year.