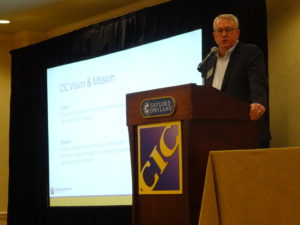 The controversy over what to call various categories of parts returns at next week’s Collision Industry Conference in Indianapolis, according to an agenda released Monday.

California regulators in 2018 made it clear that neither repairers nor insurers ought to be defining parts as “Opt-OE.” Following that, the Collision Industry Electronic Commerce Association and CIC Parts and Material Committee examined what to call components like OEM parts sold outside of the authorized OEM-dealer-repairer supply chain.

During the April CIC in Nashville, Committee Co-Chairs Aaron Schulenburg (SCRS) and Ken Weiss (SSF Imported Auto Parts) described having reached an impasse, though one in which both parties were extremely respectful of the other.

According to Schulenburg, the committee was in agreement on the definition of a new OEM part. Based on the discussion Thursday, such a part met the following definition: One made for or by the OEM for the specific market that was sold through the authorized OEM supply channel, warrantied by the OEM, and still in the original OEM packaging.

But when some, but not all, of these criteria were met, should the part be communicated as new OEM? That’s the question, according to Schulenburg, who indicated the controversy surrounded the issues of warranty and supply channel.

Assembly Bill 375 held that any business with $25 million or more in annual revenue or obtained 50,000 or more Californians’ data had to provide consumers with a means of seeing or deleting their data, Terlep said at the April 17 CIC. Businesses also must detail what other companies received that data. 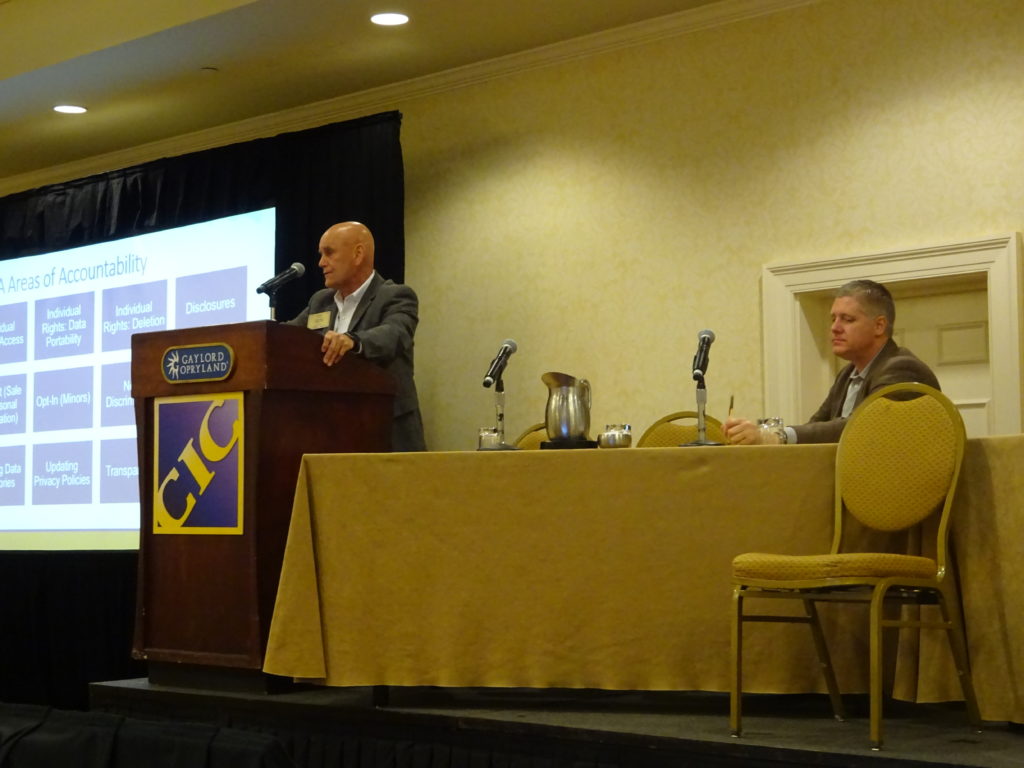 Former CIC Chairman Randy Stabler (Pride Auto Body) warned in April the room shouldn’t just view this as a “passing fad” from the “liberal wackos in California.” He called it a “money grab” fueled by attorneys, and “we need to take it seriously.”

A new Assembly Bill 981 this session would exempt businesses from having to comply with requests to delete consumer data “to the extent it is necessary to retain or share a consumer’s personal information to complete an insurance transaction for a product or service, as defined in subdivision (m) of Section 791.02 of the Insurance Code, that has been requested by the consumer.” It also suspends the requirement that businesses honor a customer demand their data not be sold if the sale is necessary for that transaction.

The bill has cleared the California Assembly and has been sent to two Senate Committees.

According to the agenda, the CIC committee next week will also examine “What does the AB981 Amendment mean. What businesses need to consider.”

It’ll also explain personally identifiable information (“PII”) and who uses it, according to the agenda.

Other highlights from the CIC agenda include:

The Governmental Committee will hold a panel presentation 1:10 p.m. July 24 on “A closer look at Most Favored Nation Clauses and more.” Further explanation isn’t provided, but such clauses can refer to collision repairers required under direct repair program contracts to lower the labor rate charged the insurer to that of a rival carrier who got a better deal.

It’ll be followed at 1:45 p.m. with a special presentation on “Vehicle Security Access” within a collision repair by Donny Seyfer, executive director of the National Automotive Service Task Force.

Another special presentation will arise later in the day. At 3:25 p.m., Roxann Griffith of the U.S. Department of Labor will discuss apprenticeships and veteran programs with a Q&A.

In February, Service King celebrated its 500-veterans-hired milestone, and a Caliber representative remarked at how veterans are a “great alignment” in terms of the “people set” and skills Caliber wants. So Griffith’s talk could be a good resource for other collision repairers seeking to use veterans to fill a tech shortage.

The parts discussion kicking off CIC Day 2 will be followed at 9:10 a.m. Thursday, July 25, by the Estimating Committee led by Roger Cada (Accountable Estimatics). According to the agenda, the session will include “Results of the continued work of the CIC estimating committee and will discuss the tremendous impact automotive technological changes are having on the estimating process and all stakeholders involved.”

The forum will further examine technology at 10:20 p.m. with a look at “the Proliferation of Component Calibration.” It’ll be hosted jointly by the Emerging Technology and Insurer-Repairer Relations Committees.

As usual, repairers and other stakeholders will be able to partake in other industry gatherings during the CIC Week.

Tuesday, July 23, will offer a Collision Repair Education Foundation golf outing at Brickyard Crossing Golf Course. Lunch begins at 11:30 a.m.; teetime is 1 p.m. It’s sold out, but you can get on the wait list by emailing Melissa.Marscin@ed-foundation.org.

The Society of Collision Repair Specialists will hold its open board meeting at 8:30 a.m. Wednesday, July 24, at the Hilton.

After working hard at the CIC, why not kick back with a tour of the John Force Racing Indy Shop, courtesy of Enterprise and PPG? A shuttle will leave the Hilton for the John Force site at 12:45 p.m. Thursday, July 25, and shuttles will at 5 p.m. return participants to either the hotel or the Indianapolis airport.

Speaking of events, have you posted your group’s events yet to Repairer Driven News’ free interactive industry calendar? It’s totally free and can lead to your event appearing on the RDN home page. Submit a new event here; give it a business day or two for our staff to confirm it’s not spam and approve it.