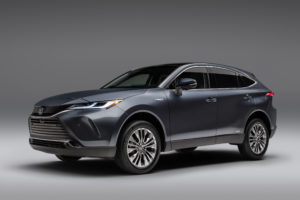 Toyota debuted the broad TNGA concept on the 2016 Prius and has continued to expand it throughout the fleet since then. In March 2015, Toyota described the overall idea:

Toyota has developed new platforms through innovative improvements to its vehicle underbodies and suspensions. Additionally, repositioning and lowering the center of gravity of powertrain components has contributed to achieving attractive, low-stance designs, responsive handling, a high-quality drive feel, and collision performance that offers safety and peace of mind. By rethinking body structure, Toyota plans to first increase overall body rigidity by as much as 30 to 65 percent, and then further improve rigidity by joining body components using laser screw welding technology. Toyota will begin rolling out its new platforms with the launch of a midsize front-wheel-drive vehicle this year, followed by specific new platforms for front-wheel-drive compact and large vehicles, as well as for rear-wheel-drive vehicles. Toyota expects approximately half of its vehicles sold worldwide in 2020 to feature the new platforms. (Emphasis ours.)

As noted above, the Venza uses the TNGA-K format. Toyota said it offers “exemplary collision protection provided by the TNGA-K platform (projected to achieve top NHTSA safety ratings)” and draws an “inherent strength” from “the extensive use of high-strength steel.”

Asked for more details about the Venza’s lightweighting and crash protection, Zachary Reed of Toyota product communications said May 26 no information was available to share. “As we get closer to on-sale we’ll have a little better understanding of all of this and we’ll be able to effectively communicate,” he wrote in an email.

The 2021 Venza goes on sale this summer. 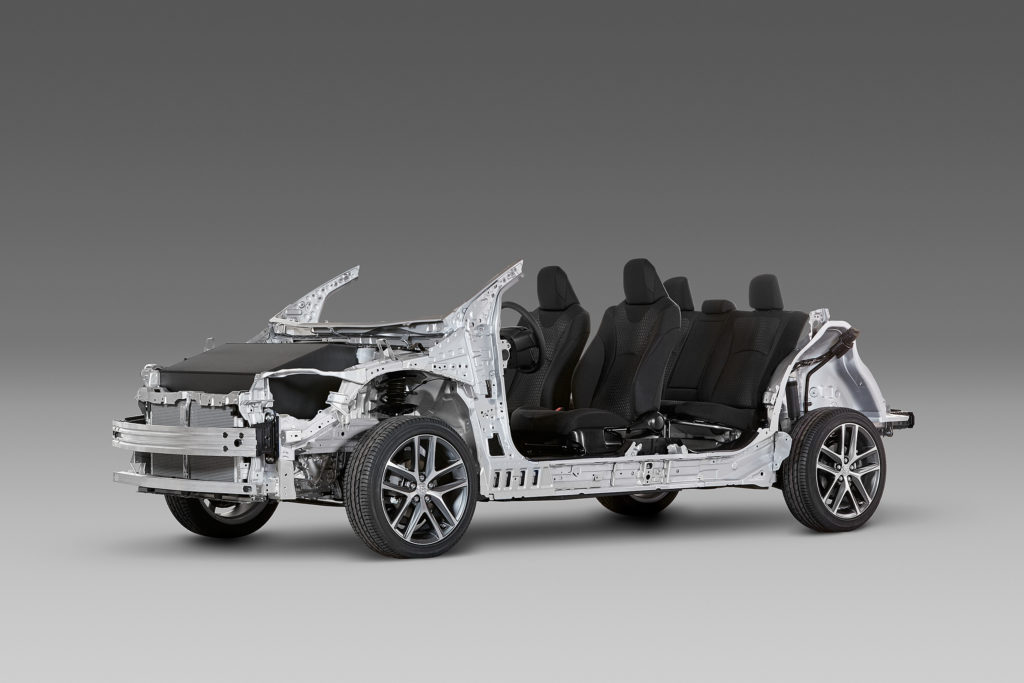 Toyota did note that the strength of the TNGA-K platform helped the OEM’s noise, vibration and harshness efforts.

“The high-strength TNGA-K platform is the first defense against noise intrusion, curbing vibration through the steering, floor and structure,” Toyota wrote.

Toyota shared other NVH details which will almost certainly have ramifications for collision repair.

“Sound-blocking and absorbing insulation and body sealing material are placed throughout the structure, under the carpeting, and above the headliner,” Toyota wrote. “The materials and their placement were optimized to minimize noise in the frequencies that typically interfere with conversation.

“As one example, the floor silencer pad is one large piece rather than separate segments. As a result, surface coverage reaches about 92 percent. Holes and gaps between parts are filled in with sound-damping material for greater road noise reduction.

“Under the hood, sound-absorbing insulation around the engine compartment helps reduce intake noise, helped by the placement of two special resonance chambers that help minimize air intake noise in the 530Hz and 650Hz ranges.”

Other NVH strategies include a standard acoustic windshield and the OEM’s suspension tuning. 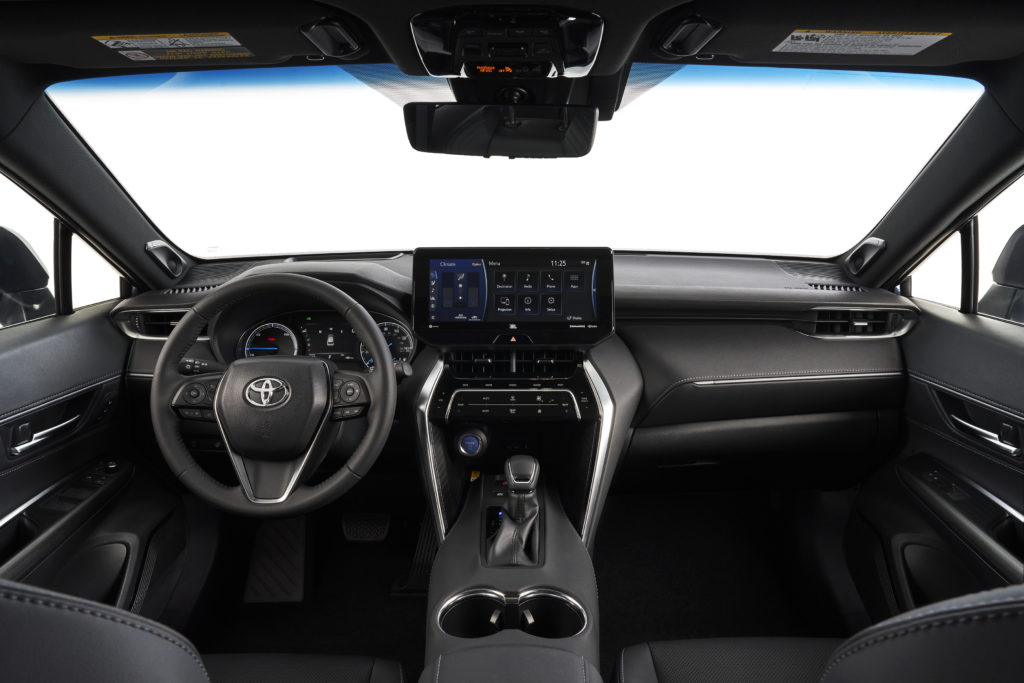 One of those motors allows Venza to offer all-wheel drive standard — the crossover powers the rear wheels with a separate motor in the rear instead of a drive shaft and transfer case.

The battery itself is lithium-ion — which means repair considerations could be different from the nickel-metal hydride batteries you might have seen on older Priuses. Lithium-ion batteries can be smaller and lighter — the Venza’s fits under the rear seats — than Ni-MH. However, lithium-ion also carries a greater fire risk to a shop, according to Coordinating Committee for Automotive Repair safety content author Bob McGinn.

Other safety concerns and operational considerations might arise for repairers handling partially or completely electrified powertrains. For example:

Other items potentially of interest to collision repairers:

• The driver’s seat has complex functionality:

Venza provides exemplary comfort with standard power seats (8-way driver on all grades and 4-way passenger on Limited).  The power driver’s seat features an auto slide-away function. During driver entering or exiting, the seat automatically moves to the rearmost position to optimize ingress and egress. When the Venza is started, the seat moves to the last position set by the driver.

• A standard “S-FLOW” system — previously seen on at least one Lexus — directs air conditioning only to occupied seats.

• The Venza comes standard with the Safety Sense 2.0 advanced driver assistance system suite, which includes features like autobraking, adaptive cruise control with a lane-centering function, lane-keeping, automatic high beams, and road sign detection (it notices certain road signs and displays them on the dash). It also comes standard with blind spot monitors and rear-cross-traffic alerts. The XLE and Limited trims have parking assist with autobraking.

• An Toyota-first optional fixed “Star Gaze” panoramic roof features electrochromic glass, which lets you push a button and turn what had been a transparent pane to a frosted one if the direct sunlight gets to be too much. “Venza’s top innovation is literally found on top of the vehicle,” Toyota wrote. 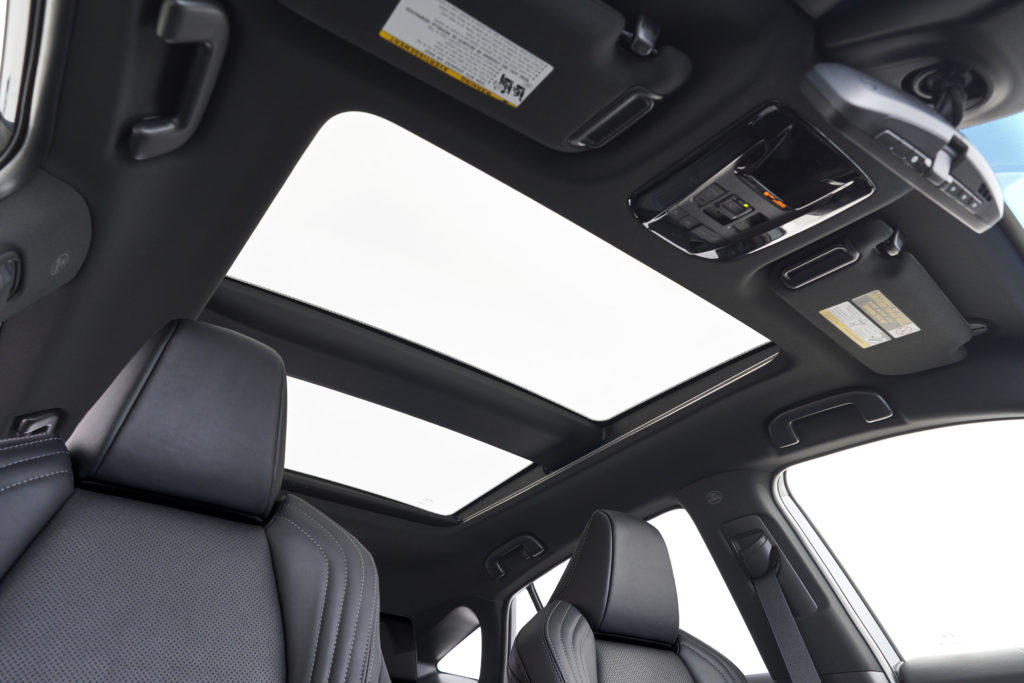 • An optional rearview mirror lets the user switch between it being a mirror and displaying a camera view.