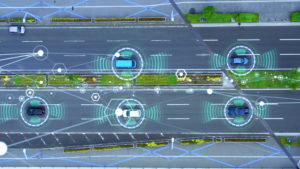 Auto Techcelerators founder and CEO Frank Terlep has made 10 predictions for the collision repair industry in the new year, including continued advanced driver assistance system (ADAS) technology popularity and the closure of thousands of independent collision repair centers.

Terlep, who has a history of analyzing the industry and offering his thoughts on its future as evidenced by his book “Auto Industry Disruption: Who and What is Being Disrupted and What to Do About It!”, caught up with Repairer Driven News at the close of 2021. Terlep’s predictions are based on his more than 35 years in the collision industry, publicly-available data and discussions with folks in the industry, he said.

Terlep wrote in his blog post that the “Big 3” – Caliber Collision Repair Services, The Boyd Group Services/Gerber Collision & Glass and Service King – will grow as repair complexity and costs for training, equipment and OE certifications increase and the technician shortage continues.

“High valuations will make it hard for ‘independent’ repairers to say no to acquisition offers,” Terlep wrote. He told RDN he predicts a couple mid-level private equity-backed organizations such as Classic Collision, Crash Champions and Joe Hudson’s Collision Centers will consolidate to create a fourth national organization.

“It’s the cost of doing business, not just in terms of the parts and labor, but everything is going up,” Terlep said. “A lot of these guys or girls who own the businesses, they’re at a stage in their life they’re like, ‘I’m done.'”

David Roberts and Chris Lane with Focus Advisors Automotive wrote in a December 2021 industry update that the collision repair industry is experiencing “headwinds and tailwinds,” using Boyd Services Group as an example. Third quarter 2021 results showed net margins were down significantly due to technician shortages, parts cost increases and delayed availability as well as a higher proportion of parts over labor decreasing gross profits, according to the report.

But the group also reported “robust acquisition activity with more than 85 additions year-to-date versus only 30 in the same period of 2020.”

Roberts and Lane also noted “the pandemic’s reduction in repair volume along with declining margins” forced smaller shops to close or sell their businesses.

As more ADAS equipped cars hit the road amid the technician shortage, Terlep predicts the need for companies that specialize in ADAS services and calibrations will increase dramatically. Most consolidators have figured this out and acquired companies like Protech, Mobile Automotive Services and others, Terlep wrote.

Terlep believes the collision repair industry is going to have to find a way to educate and recruit technicians. “If the industry starts to present itself as a technology-based industry, not as much as a – for lack of a better term – a guy with a hammer and a screwdriver [type of] industry, I think you’re going to get more people.”

Larger organizations based their business models on insurance relationships, according to Terlep.

“They’re going to be, in my opinion, the first ones to uptake this technology and they’re going to take advantage of it whereas a lot of the independents … are fighting image-based estimating,” Terlep said. “They’re going to struggle because the consumer wants it and the insurers know it’s going to help their bottom line.”

Much of the industry may disagree with Terlep’s assertion that image-based estimating will get to the point of being “pretty good.”

As RDN previously reported, multiple collision industry voices have found discrepancies between photo-based estimates and what the shops actually detect. The overall point many shops agree on is the inaccuracy of relying on photos for estimates because damage detectable by an in-person human appraiser is overlooked.

A November Reuters article makes the argument that digital claims are decreasing, which was then attributed to the ease of the COVID-19 pandemic that is now on the rise again. Zurich Insurance Group Chief Claims Officer Ian Thompson told Reuters the pre-pandemic era was overly-focused on building an app through which customers would have to engage. Now, insurers are creating multiple channels for customers to access services.

Terlep predicts 50-70% of the estimate will be based on photos, but noted “an image can’t tell the whole story.”

“The combination of ADAS technologies and an increase of EV launches will make OEM certifications much more important than in previous years,” Terlep wrote. This is a market trend that shops should be prepping for if they’re not already experiencing it.

General Motors, Lucid and Rivian executives agreed during the OEM Collision Repair Technology Summit session at the 2021 SEMA Show that training and step-by-step instructions from OEMs will be key in carrying out EV repairs.

As Terlep mentioned in his predictions, there are parts restrictions due to OEM certification requirements which is covered during the summit. Find videos from it at rde.scrs.com. Also coming soon to the Society for Collision Repair Specialists Repairer Driven Education site is a session called “2035: Looking Ahead at What the Collision Industry Might Look Like” during which Terlep will discuss 20 trends and technologies that are disrupting the industry, and provide ideas and suggestions on what to consider to operate a successful business between now and 2035.

Terlep said the parts and labor ratio is typically 40% parts and 60% labor but he predicts it will even out to 50/50 or parts will become the larger percentage of the ratio in 2022.

“Because those parts are being built to be replaced, the number of parts is going to increase on the estimate and, in my opinion, it’s going to pass 50%,” he said.

The caveat being current supply chain challenges has led to repair of parts versus replacing them, Terlep added. However, many OEMs don’t allow replacement of some parts, including bumpers because of sensor placement.

This trend will make things easier for everyone – consumer, insurer and repairers – because the insurers and repairers will be “on the same page,” Terlep wrote.

Terlep predicts one or two companies to launch “build data solutions” with data from 15-20 manufacturers in the coming year.

Terlep expects that in 2022 OEConnection will assimilate its recent acquisitions to “increase revenues and eliminate duplicate costs, expenses and management personnel.”

The most recent merger was of OEC with Overall Parts Solutions (OPS) and its OPSTrax parts management and delivery system, which OPS announced in a letter emailed to shops on Dec. 22.

Terlep predicts one of the four major remote diagnostic providers will be acquired.

“We believe it’s time for one or two of these companies to join forces to benefit from user count and technology platforms,” Terlep wrote.