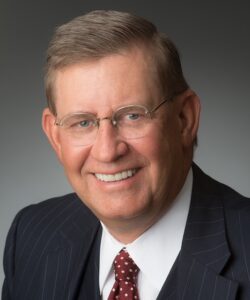 In pursuing what APCIA sees as legal system abuse, its prioritized tackling the issue in 11 states — Florida, California, Colorado, Georgia, Illinois, Missouri, New York, Pennsylvania, South Carolina, Texas, and Washington. On its website, APCIA states, “Consumers and businesses are increasingly burdened by the impact of lawsuit abuse and skyrocketing legal awards that impose massive additional costs each year on every household, as well as businesses of all sizes.”

A report released by the association earlier this year found that legal system abuse has forced prices higher while losses in lines such as cyber insurance have increased as well.

“APCIA’s focus is a balanced civil justice system – one that is fair to all participants, promptly resolves legitimate claims and increases certainty and predictability for all litigants,” Sampson said on Oct. 3. “APCIA will continue to work with policymakers, industry leaders, consumers, and the business community to enact meaningful civil justice reforms across the country.”

On the topic of inflation, Sampson said the cost of new and used cars, auto parts, home construction materials, construction labor, and medical costs have been “much higher than overall inflation.”

“Overall insurance losses have been growing much faster than premiums, and investment yields have been much lower than inflation, severely depressing profitability,” he said. “Inflation is certainly in our sphere of concern, but it’s outside of our sphere of control. …We are leading a very aggressive campaign nationally to increase awareness about these trends and what it means for the marketplace and consumers. This includes meeting with regulators in major market states who oversee rate filings.

“This is critical for preventing any negative regulatory or legislative knee-jerk reactions when insurance costs are on the rise—and also to help protect the industry’s reputation so that policyholders better understand insurance rate-making as well as potential delays in home, auto, and business repairs.”

In recent conversations with CCC Intelligent Solutions and Mitchell International, Repairer Driven News found that it’s not just the obvious factors such as parts shortages and supply chain hiccups that are contributing to inflation and increased collision repair costs. Other factors include reduced repairability of major component panels, increased vehicle complexity, a shift in the car parc toward more luxury vehicles, trucks and SUVs — all of which are more expensive to repair, a gradual shift toward higher OEM parts utilization, higher labor rates due in part to the ongoing technician shortage, and higher replacement part costs.

Sampson’s thoughts on “politicized” insurance regulation center on insurance regulators “increasingly shifting away from their core responsibilities to focus on broader social agendas.” He said they’re “acting based on political pressures to suppress rates, eliminate rating factors, or coerce insurers to provide non-contractual coverages or rebates.”

He added that APCIA has noticed “diminished regulatory professionalism” through increased staff turnover and the lack of money to replace “high-level talent,” regulatory leaders using their positions as a stepping stone to advance their political careers, and some regulators lacking a background or education in insurance. Sampson also said regulators in some states are facing political pressure to increase insurance regulations “to appease various non-insurance stakeholders.”

APCIA was one of three insurance industry associations that sent a joint letter earlier this year to California Insurance Commissioner Ricardo Lara to warn him that he is risking a crisis through his refusal to approve any auto insurance rate increases since the start of the coronavirus pandemic more than two years ago.

S&P Global Market Intelligence reported in September that commercial auto liability premiums were up 10% compared to Q2 2021, and there were also “substantial” rate hikes in the first half of this year — both of which will likely mean more cost increases for small businesses on top of supply chain disruptions and labor shortages.