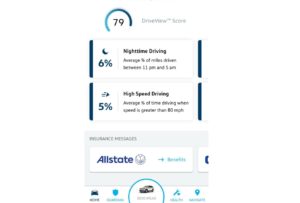 Two recent announcements could hasten a trend of drivers shifting toward telematics-based insurance — a trend with ramifications for the collision repair industry.

The news from CCC and LexisNexis takes the concept to a new level by allowing insurers to immediately offer a quote based on historic real-world past driving data the OEM provides off the vehicle itself. CCC and LexisNexis serve as middlemen, with their data exchanges rendering information generated by insurer or automaker telematics devices into something that makes sense to the end user.

“Root was founded on the principle that auto insurance rates should be based primarily on driving behaviors, not demographics,” Root Chief Business Development and Strategy Officer Kumi Walker said in a statement. “Together Root and LexisNexis Telematics on Demand will offer immediate, personalized, fair insurance rates to good drivers based on data that comes directly from their car.”

Asked if CCC had launched such a program with any other OEMs, spokeswoman Michelle Hellyar wrote, “CCC is engaged with multiple OEMs with billions of miles processed. Volkswagen is the first OEM telematics client to announce an exclusive relationship specific to insurance telematics and to activate the VIN Connect product.”

Traditional telematics programs might have required a user to download an app or plug in an OBD-II dongle and then drive around a while before the carrier could determine if the motorist posed a lower risk and deserved a deal. (Though the insurer might offer a discount up front anyway.) For example, here’s some of our past coverage of Nationwide spinoff Spire and Allstate’s Drivewise.

Accessing data previously collected by the vehicle lets insurers offer a deal instantly to any customers who consent to receive such pitches. This seems like a much easier way for an insurer to close the sale and avoid wasting up-front discounts on bad drivers. It also gives carriers what’s said to be better-quality data than what’s available from a third-party device.

“Telematics OnDemand shifts the paradigm for usage-based insurance. Previously many consumers agreed to a UBI policy without historical driving behavior data, before knowing its true benefit. At the same time, U.S. insurance carriers offered enrollment discounts meant to excite consumers without knowing the full risk to their books of business,” LexisNexis Vice President Adam Hudson, whose purview includes U.S. connected cars, said in a statement July 24. “Telematics OnDemand allows insurers to price risk more accurately earlier in the process with the consumer, and consumers receive a price that best aligns to their driving behavior without having to go through a monitoring period. Now both parties benefit at point of quote.”

CCC announced Tuesday that it had become the “exclusive provider of insurance telematics services for” Volkswagen’s Car-Net connected car service. It said this would be relevant to most 2020 and 2021 VW models.

“Through the agreement with CCC, VW Car-Net will leverage the newly released CCC® VIN Connect, which applies driving behavior data at the point-of-quote, making it fast and easy for eligible consumers to connect with potential insurance discounts,” CCC wrote in a news release on Tuesday.

The quotes are associated with Volkswagen’s DriveView program, which launched in 2019 as part of what Volkswagen said was an upgraded Car-Net for MY 2020. The OEM promised then that customers could use it to get quotes and also receive coaching on their driving behavior.

“With the recent relaunch of our new Connectivity Platform for the 2020 model year, we’re ushering in the next generation of vehicle connectivity,” Volkswagen connected and mobility services director Frank Weith said in a statement. “CCC has demonstrated that it has the technology, network connections, and vision to help us advance our connected car strategy today and into the future.”

“Customer delight has always remained the main focus of Volkswagen Group and with the advent of the new Connectivity Platform we are leading the effort to create memorable experience for our customers. DriveView is one such feature that our customers can enjoy with no additional costs,” Volkswagen Chief Information Officer Abdallah Shanti said in a statement.

LexisNexis said it already was “working with multiple carriers to further expand the availability of telematics at point of quote” besides Root.

Both it and CCC said their systems could integrate into existing insurance operations, including a list of LexisNexis products that company said carriers were already using: Auto Data Prefill, C.L.U.E. Auto, Current Carrier, Motor Vehicle Records and National Credit File.

“LexisNexis Telematics OnDemand meets the needs of both the insurer and the consumer by unlocking driving behavior data within the existing LexisNexis prefill and underwriting platforms used today by more than 90% of auto insurers,” Hudson said in a statement. “It also leverages the expertise of LexisNexis in managing consumer data; our proprietary data linking and advanced analytics capabilities; and our relationships with the nation’s leading automakers through the Telematics Exchange.”

Asked what the benefit of participating in the exchange would be for an OEM, LexisNexis Risk Solutions wrote in an email: “The primary objective for OEMs is improving the consumer experience and lowering the total cost of ownership for their vehicles.”

This sort of technology could matter to repairers for multiple reasons.

First, vehicle-based telematics insurance on the front end might lend themselves to OEM-insurer collaborations on the repair process when a crash is detected. Presumably, the automaker holding that collision data wouldn’t want to share it unless a certified shop gets the work. This could lead to greater synchronicity between direct repair programs and OEM certified networks.

CCC, for example, in 2019 announced it provided the collision-related telematics feature Accident Advisor to Volvo. That OEM prioritizes certified facilities — starting with those also in the DRP of the customer’s insurer if applicable. Volkswagen, meanwhile, has said its roadside assistance program will tow customers to certified shops for free.

However, asked if a system like Accident Advisor was included in the new Volkswagen collaboration, CCC replied: “Volkswagen has selected CCC as its exclusive insurance telematics services provider.  Today’s announcement focuses on Volkswagen owners improving their driving behavior and sharing that data with insurers to use at the point of quote through CCC VIN Connect.”

LexisNexis Risk Solutions had a similar answer when asked if the system could offer crash detection and electronic first notice of loss capabilities to Root: “Purely underwriting for now,” the company said. It said OEM participation in the exchange “does not include FNOL or crash-detection at this stage” as a feature for the automaker.

A change in volume might arise as telematics-based pricing leads bad drivers to avoid insurers who track real-world behavior and good drivers to seek such carriers. If you’re a direct repair program affiliate of an insurer that’s shedding crash-prone drivers, you might see a drop in sales. Of course, if your carrier suddenly explodes in market share because safe drivers flock to it, your volume might still even out fine.

Shifting users to telematics-based OEM or insurance programs allows insurers or automakers to coach drivers away from risky habits. This proven technique could erode some of the crash volume experienced by all repairers, and particularly those affiliated with that carrier or OEM.

Featured images: Volkswagen DriveView is shown. A partnership with CCC will allow customers who opt-in to get immediate insurance quotes in DriveView based upon their past driving behavior. (Provided by Volkswagen)