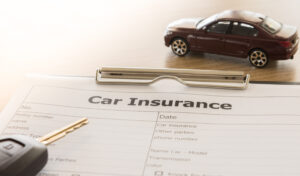 Insurify’s latest report on auto insurance trends predicts that average annual car insurance rate will rise by another 7% to $1,895 in 2023, based on historical trends and the current state of the industry.

Insurify says the main causes of the predicted increase are:

Some states saw significant hikes in their insurance this year, including Oregon, Maryland, and Virginia with premiums up by more than 25% in each state. Prices stayed about the same in Michigan but it still remains the most expensive state for car insurance, according to Insurify. Californians saw a 15% average drop, partially due to the Department of Insurance not allowing rate increases because of the COVID-19 pandemic.

Insurify surveyed a total of more than 1,800 drivers in July and November to find out how they planned to save on insurance, fuel, and maintenance costs. Drivers were half as likely to consider purchasing a hybrid or electric vehicle (EV) in November as they were in July due to decreasing gas prices. Thirty-five percent of respondents became more concerned about insurance prices toward the end of the year and considered switching carriers while 50% considered driving less.

Forty-seven percent of surveyed drivers reported at least one increase in their auto insurance rates in 2022, and 19%, or nearly 1 in 5 drivers, reported their rates increased multiple times this year.

“Many of the factors that contributed to rate increases in 2022 will continue to be in play for American drivers in 2023,” said Snejina Zacharia, Insurify’s CEO and founder, in a statement. “Our annual data reflects the state of the insurance industry, and our new report projects that higher driving rates, more severe accidents, inflation’s impact on vehicle repairs and medical costs, and the potentially increased frequency of wildfires and hurricanes will continue to be the key factors contributing to rate increases next year.”

Future increases will depend on the strength of the economy,” Dan Roccato, clinical professor of finance at the University of San Diego School of Business, told Insurify. “A recession, along with a weaker labor market, will take the pressure off rate increases. An economic slowdown means lower inflation. This should allow insurers to rein in costs and pass savings on to drivers.”

“We always have some type of inflation year-over-year, but when you have this rapid increase in inflation like we’ve seen over the past couple of years it is like kryptonite for insurance companies,” he said. “A lot of time we think of catastrophes as the greatest risk. You hear about a bad storm and there are a lot of costs for insurance companies. That is true. But a catastrophe is isolated, it happens over a day or maybe a week, but inflation continues across the entire book of business for months or longer.”

Brower said drivers who want to lower their auto insurance bills can consider adjustments to the deductible or copay on their policy but that also means taking on more risk.

“Another thing that customers might decide to do more of is user-based insurance (UBI),” Brower told PC360. “If the person is a good driver and they are willing to allow the insurance company to track their driving behavior through a telematics program they might be able to get a bit of an offset by changing the way their policy is rated.”

According to Vickie Kilgore, assistant vice president at the Insurance Research Council, 63% of policyholders said their auto insurance costs dropped after they enrolled in a telematics program, PC360 reports.

But a new study from the Insurance Research Council indicates that consumers are reluctant to adopt usage-based insurance (UBI) because of privacy concerns.

Drivers aren’t the only ones concerned with auto insurance carriers.

Fox 19 Now reports that the owner of Jim Collins Auto Body in Cincinnati no longer takes in vehicles for repairs that are insured by Allstate. His beef with the carrier is that they’re slow to settle claims, Collins said.

“In my 53 years in the industry, the body shop business, I have never seen anything like this,” Collins told Fox 19 Now. “We’ve got vehicles that have been here for six months. …The thing is when you have to deal, making 20-to-30 phone calls on one claim, then they have three, four, five different people contacting you over that claim, it [gets] frustrating and it’s overwhelming,” Collins explained. “So, we are just not going to deal with the company.”

Allstate provided the following statement to FOX19 Now: “Allstate pays the current market rate for repairs, which are set by the local market, and regularly reviews those rates based on local market conditions.”

In September during the Barclays Global Financial Services Conference, Allstate CEO Tom Wilson outlined three other paths, in addition to raising rates, that the company plans to take to improve profitability, including implementing underwriting restrictions in underperforming markets, continuing to reduce expenses, and modifying claim practices to deal with a high inflationary environment.

“Our objective is every line, every state, pretty much every year has to make its nut,” Wilson said. “So we don’t believe in cross-subsidizing from auto to home or California to New York or New York to Florida,” he said. “Everybody’s got to live on their own because we’re trying to minimize customer subsidization.”