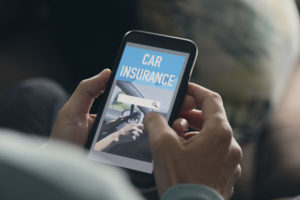 In a recent interview with CNBC, Lemonade CEO Daniel Schreiber said automated vehicles (AVs) pose a stark disadvantage to large insurance companies, but the time is ripe for others to take advantage of a new venture.

He was pointing to OEMs offering their own user-based insurance for their vehicles. While the discussion focused on how AVs will be insured, and by who, it’s not just a question for self-driving cars, as CNBC and Schreiber hinted at by discussing Tesla insurance.

Tesla is an example of cars moving from being mechanical platforms to “computers on wheels,” Schreiber said.

“That has profound impact on insurance. One question is who insures what? You go to Phoenix today and you order a ridesharing cab; some of them will come without a driver. Who owns the car? Who owns the service? Who owns the insurance policy? …There’s going to be massive dislocation in this entire sector and the data implications are profound and they aren’t good for incumbent insurers.”

Insurers are worried they’ll lose money and customers if they switch to user-based insurance models, which Tesla and others offer by using live data feeds to assess how well policyholders are driving and base their premiums on that, Schreiber said. The traditional insurance model is to take an aggregate average of the driving behaviors of a large group of people.

“If you have a $30 billion, $40 billion business as GEICO does, as Progressive does, based on pricing to an average you don’t want to adopt these new technologies because suddenly you would find that half of your customers have been overcharging and you would have to reduce their premiums; that’s no good,” he said. “And the others, you’ll have to raise premiums for and lose them and that’s no good.”

Schreiber predicts the profitability of the car insurance market will shrink over the next decade.

“From zero, [there’s] this tremendous upside and a lot of cannibalization that you can do into other people’s businesses by adopting these technologies just as this disruption takes place; as this dislocation hits this industry,” he said.

He also predicts accidents and car ownership will decline.

Aside from insurance, the future of automobile artificial intelligence (AI) and AVs leads to many questions, concerns, and opinions, but is it too early in their development stages to form an opinion? Automated driving consultant and Forbes contributor Richard Bishop contends that it is in a recent editorial he wrote criticizing a Washington Post editorial by Harvard Kennedy School visiting fellow David Zipper.

“… anyone who aims to say what ‘will’ happen as automated vehicle deployment scales up is jumping the gun,” Bishop wrote.

Zipper wrote that the purpose of self-driving cars remains “nebulous” despite billions of dollars invested in their research and development over the last decade. He wrote that Google and other companies claim road safety is the reason for the development of AVs because human error leads to most traffic crashes, but Zipper believes, “Like cars, autonomous vehicles were born not from public need but from technological opportunity.”

Bishop wrote that Zipper and others have misunderstood AI and self-driving cars. He called Zipper’s “assertions” about AI concerning. “There’s a fundamental misunderstanding in the blogosphere about AI which he appears to hold. AI is not ‘one thing.’ Each AI engine is unique to the developers and their use case. No one would point to dysfunctional software and conclude all software is bad, but the media repeatedly does this with AI. Yikes!”

Bishop also noted that Zipper made his case against AI and self-driving cars over their negative effects on road safety, the environment, and traffic congestion by citing systems from several years ago.

“The performance of developmental systems such as this, from years ago, tells us nothing about the capability of today’s automated driving systems. Most are still pre-commercial technology, in various stages of development and testing. Exceptional progress has been and is being made at a rapid pace.”

Bishop contends that General Motors, Alphabet, Gatik, TuSimple, and others provide AV commercial ride hailing services or freight delivery only after doing their due diligence to ensure they’ll operate safely. He also noted that the National Highway Traffic Safety Administration (NHTSA) requires notification of any crashes that advanced driver assistance systems (ADAS) and self-driving vehicles are involved in.

Zipper left readers with a thought to consider: “It’s understandable that companies want to maximize shareholder return; that’s their role in a market economy. But automakers are still struggling to explain why, exactly, we should be excited about this technology, rather than alarmed by it. We shouldn’t let them off the hook unless we have a convincing answer.”